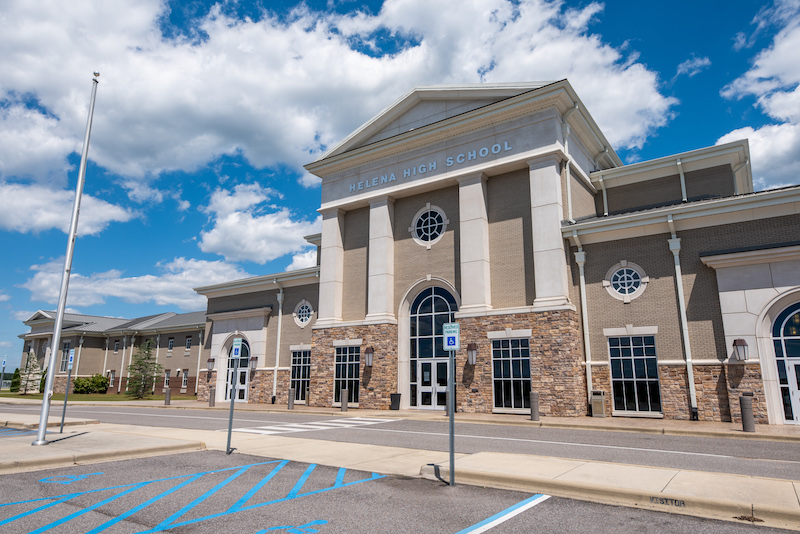 Shelby County Schools has released an addendum to the 2021-2022 reopening plan with updated COVID-19 protocols the district will follow. (File)

As COVID-19 continues to present challenges for schools across the state, Shelby County Schools has released its first look into the impact the virus has had on schools in the system.

“COVID-19 continues to present unique challenges for school districts around the nation. One such challenge is the number of students who are out of school due to the virus,” read a release from the school system. “In order for parents to be informed regarding the presence of the COVID-19, Shelby County Schools is releasing a snapshot of data in the district.”

The numbers are not cumulative and will be updated on a weekly basis. The results released were a culmination of the week ending on Friday, Sept. 25.

The community that had the largest number of confirmed cases among students and employees was Oak Mountain. Between their four schools, 34 students recently tested positive along with six employees.

Oak Mountain’s schools also had 294 students and 24 employees out on Sept. 25. That is to be expected with Oak Mountain’s students representing the largest group for the school system.

There are 4,511 students in the Oak Mountain’s four schools and 525 employees. With those numbers, 0.75 percent of students and 1.14 percent of employees had a positive case on Sept. 25.

The community with the second highest number of confirmed positive cases was Helena with 29 students and three employees testing positive.

The second largest community of students in the school system is Chelsea with 4,488 students and 496 employees. Of those, nine students recently tested positive with no employees positive. A total of 124 students and four employees have been forced to quarantine.

Calera is the fourth largest and has had five of its 3,279 students and three of its 378 employees test positive, while 100 students and four employees have quarantined.

Columbiana marks the fifth largest community with 1,806 students and 287 employees. They mark the only community with 1 percent of their students testing positive with 18, while five, or 1.74 percent, of employees have tested positive.

The school zone also has had 111 students and nine employees quarantine.

Montevallo currently has one of the lowest rates with one positive student on Sept. 25, 17 students who were quarantined and one employee who was quarantined.

Vincent’s numbers are also low after taking precaution early during the football season and canceling the first three weeks due to the scare of COVID-19. But during the most recent week only four students were forced to quarantine due to the threat, and no one had a positive case.

Some of those in quarantine are also related to outside exposure to the virus and not because of coming in contact with the virus at school but instead at home or in the community.

The Alabama Department of Public Health will soon make numbers available for different school systems across the state on a dashboard to keep communities updated on the latest.