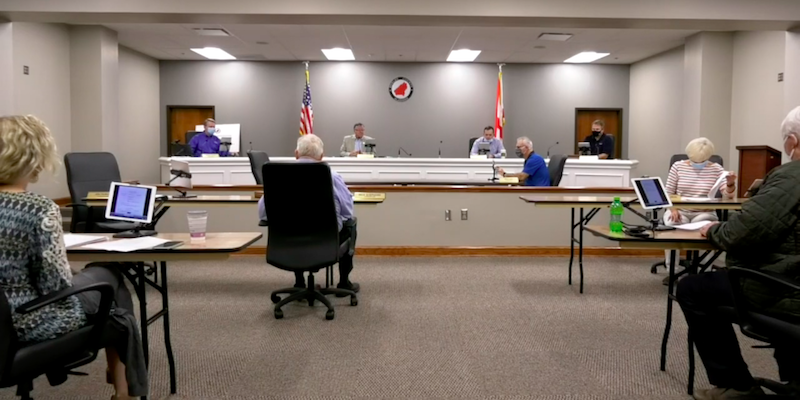 The Shelby County Commission on Oct. 12 approved to appoint Lance Byrd to the Shelby County 911 board to fill the unexpired term of the late Wayne Shirley, Chelsea’s former fire chief. (Contributed)

COLUMBIANA – The Shelby County Commission approved a Shelby County 911 board appointment, a joint purchasing resolution and several bid awards during a meeting on Monday, Oct. 12.

The Commission unanimously approved Lance Byrd’s appointment to the Shelby County 911 board to fill the unexpired term of former Chelsea Fire Chief Wayne Shirley, who died in August.

Shelby County Fire and Emergency Medical Services appointed Byrd to serve on the board as its representative for the upcoming term.

Byrd’s term will expire in November 2022.

Commissioner Kevin Morris said Shirley’s place on the board is another reminder of how involved he was in the county.

In other business, the Commission voted to award bids for the following:

In his report, County Manager Chad Scroggins said construction is moving along on the County Services building on U.S. 280, and a playground project in Chelsea that the Commission had budgeted to help pay for is about to start.

Chief Financial Officer Cheryl Naugher gave an overview of how the 2020 fiscal year wrapped up, noting sales tax revenue ended with a positive variance, but lodging tax revenue fell under budget by about 22 percent.

Scroggins said the lodging tax deficit – which stems from people traveling and staying in hotels less frequently during the COVID-19 pandemic – is significant because it is where communities usually see the largest impact.