COLUMN: Going around in circles 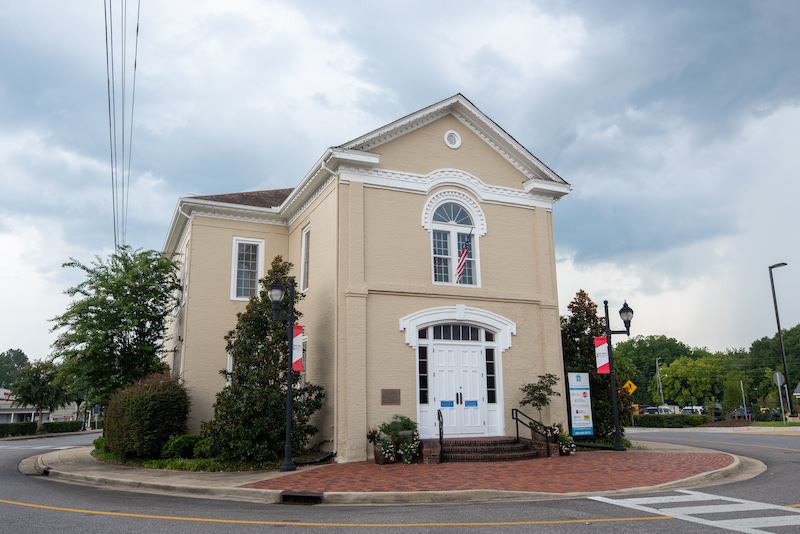 A roundabout, or traffic circle, can be found in Columbiana around the Shelby County Museum and Archives. (File)

Firstly, some people don’t signal. Second, some don’t follow the rules. Third, how do I really know what you’re going to do? I have ended up in a terrible stop-and-start war with the other vehicle just to avoid an accident. This typically happens when I have the right-of-way but the other driver suddenly hits the accelerator—or, when the other person has the right-of-way but just sits there. I’m sure this reveals a fault of mine, as perhaps I should be a more confident driver, but I think it also reveals a flaw of the system of standard intersections such as these.

I believe four-way stops place too much trust into the hands of other drivers. And drivers, as I have observed, are often unpredictable and sometimes flat-out disrespectful. You are welcome to disagree.

For this reason, one of my favorite places to drive in Shelby County is the roundabout in Columbiana that surrounds the Shelby County Museum and Archives. It happens to be part of my commute.

Roundabouts (or traffic circles) are superior to four-way stops. Period. They are designed to keep traffic flowing, so you don’t even have to stop unless you are yielding to a vehicle that has already entered the roundabout. Then, once it is clear, you simply drive through, traveling counterclockwise until you exit at your intended street.

If you watch comedy movies, you have likely laughed at the scene in “European Vacation” in which Chevy Chase gets stuck in a London roundabout and has no idea how to get out of it. This film does a great job poking fun at the typical clueless tourist but is intentionally exaggerated for comedic effect.

In reality, I think traffic circles are an efficient way of moving traffic. There is data to back this up: Federal Highway Administration studies have shown that roundabouts can increase traffic capacity by 30- to 50-percent.

Even if you disagree, I will continue to go out of my way to avoid the dreaded four-way stop. I also tend to avoid three-way intersections with traffic lights, and even the Interstate unless I’m in a hurry—but that’s just me.

Whatever your driving preferences, please be careful out there.

What’s the right thing to do this Halloween?