Shaw has served in the interim position since October 2019.

“We are thrilled that Shelley has taken a more permanent role as the executive director of the Foundation,” said Jason DeLuca, Board of Directors president. “She has proven throughout this past year her commitment to our goals to support our Hoover schools.” 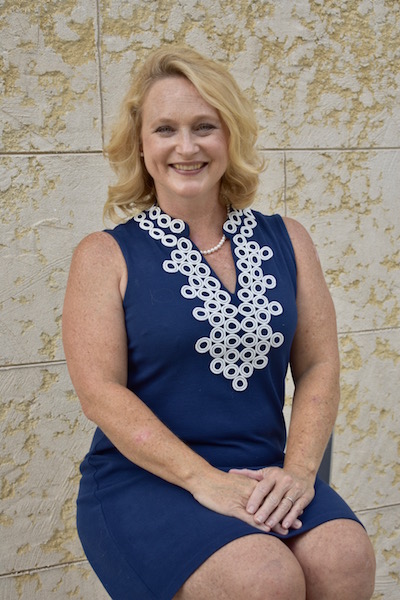 Shaw is a 1994 graduate of Auburn University with a B.A. in communications and has a diverse background in volunteering and civic involvement, including experience in both the business sector and in nonprofit work.

“The volunteer work I did at the elementary, middle and high school levels and serving on PTO prepared me to move into this role with a better understanding of all 17 campuses, their teachers, students and administrators,” Shaw said. “It’s exciting to work with a dynamic board of directors who really care about the future of all Hoover City Schools students and want to see greater opportunities brought to the classroom through the Foundation’s efforts.”

Shaw began a career in television as an account executive for WBRC-TV.

She later served as the first statewide communications director for the Alabama chapter of the March of Dimes, where she earned several awards and recognition for effective public awareness campaigns promoting prenatal care and the prevention of birth defects and infant mortality.

Most recently, Shaw has served as vice president of the Hoover City Schools Foundation Board of Directors (2019).

Shaw is a graduate of the inaugural class of Leadership Hoover, an active member of the Superintendent’s Advisory Council, Hoover Service Club, Hoover Historical Society and Shades Mountain Baptist Church.

She serves as a board member of Destination Hoover International, which focuses on citizen diplomacy and scholarships for Hoover City Schools graduates.

During football season, Shaw coaches the Spain Park Jaguarettes and facilitates the Jaguar Twirling Club through the school year.

“The mission of the Foundation is a perfect fit for my goals, and I am excited to begin this new chapter,” Shaw said. “It’s important to me that our donors feel appreciated and a part of our important work.”

For more information on the Foundation’s initiatives, visit Hoovercsf.org.