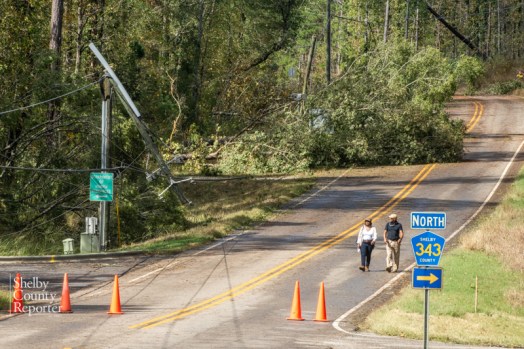 A couple walks by downed trees and broken power poles to the Exhibition Center on Alabama 70 near Columbiana to vote. (Reporter photos / Keith McCoy) 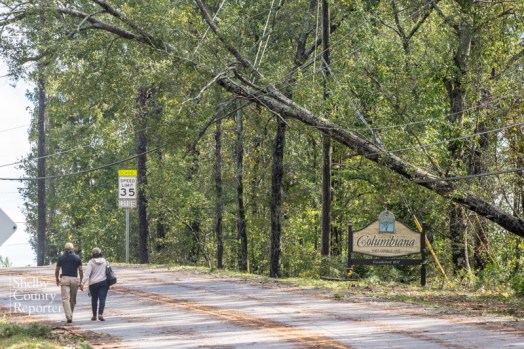 A couple walks by broken trees and downed power lines to the Exhibition Center on Alabama 70 near Columbiana to vote. 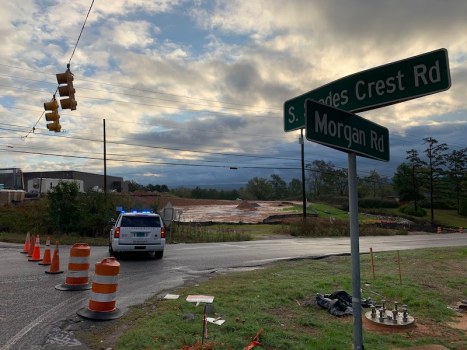 Numerous highways have been impassible due to downed trees and power lines across Shelby County. (Reporter photos / Keith McCoy) 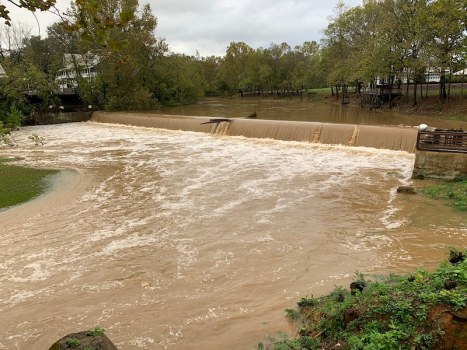 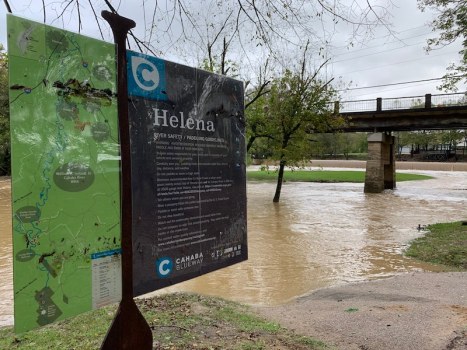 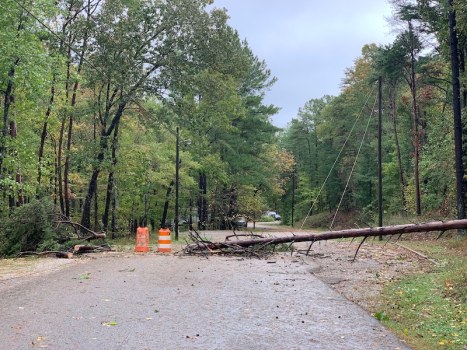 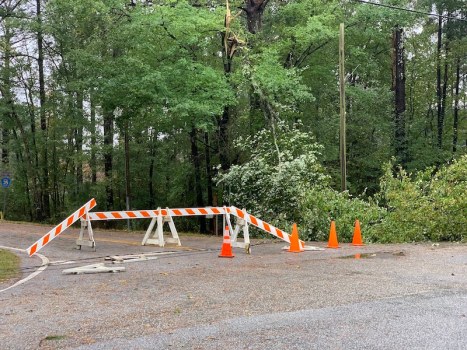 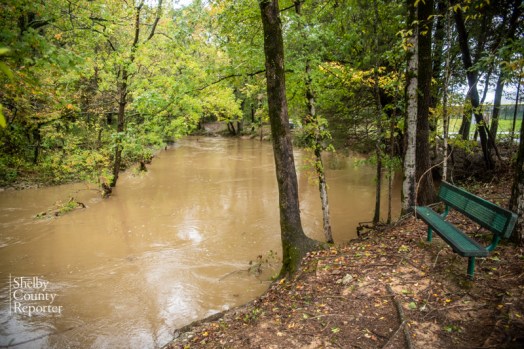 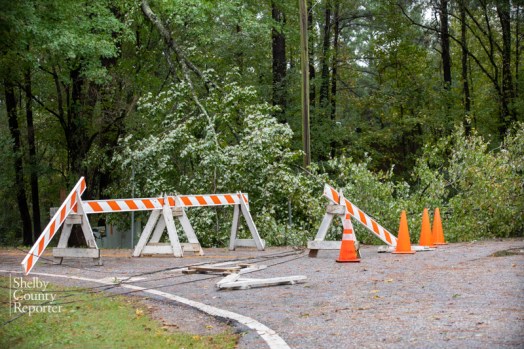 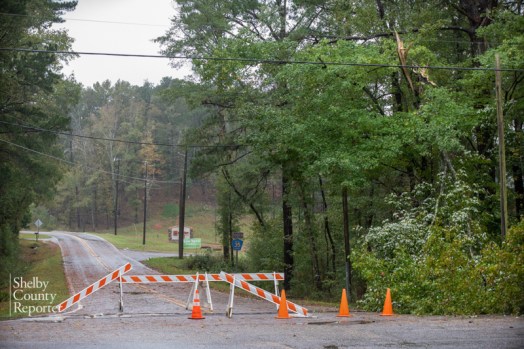 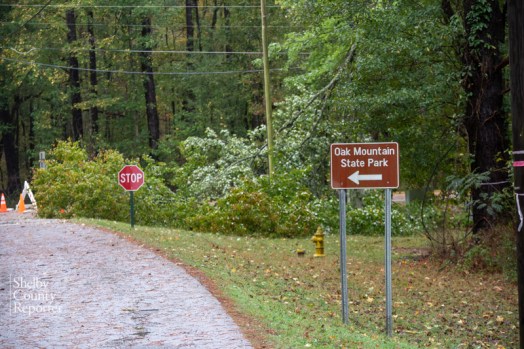 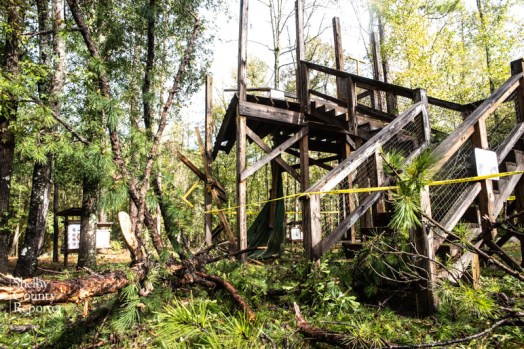 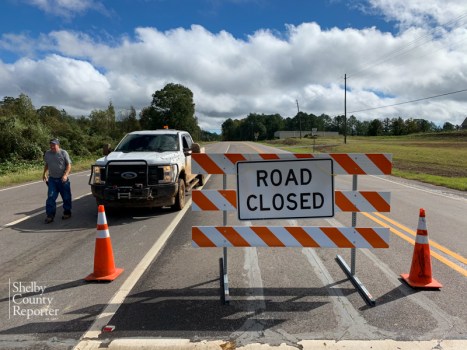 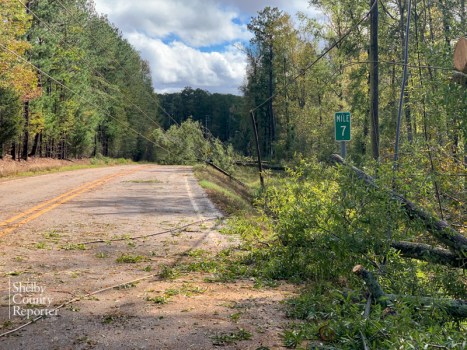 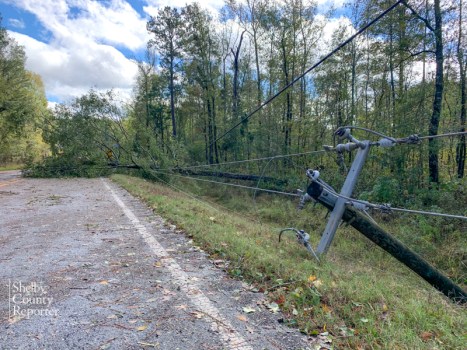 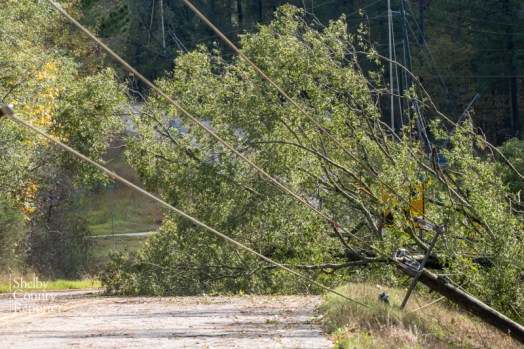 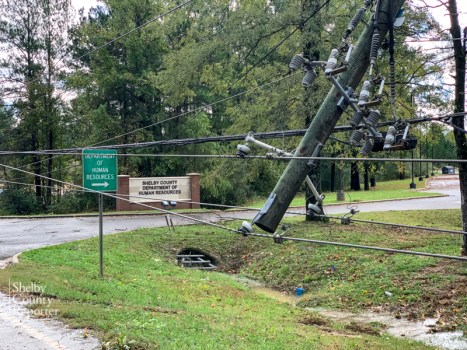 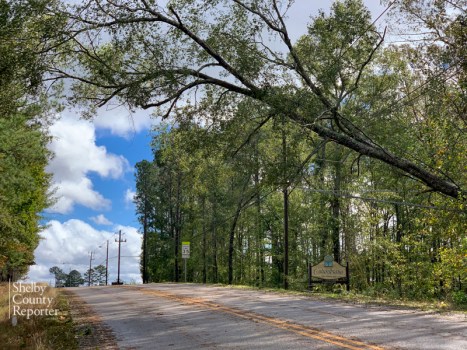 As Hurricane Zeta pelted Central Alabama with wind and rain early Thursday morning, it left in its wake a path of downed trees and power lines across Shelby County.

According to the National Weather Service Birmingham, as of late morning Thursday, damage was widespread and no particular area in the county could be pinpointed as worse than another, as assessments were still taking place.

“We’ve had numerous reports come in across Shelby County of trees and powerlines down. Several roads have become impassible,” said NWS Meteorologist Gary Goggins. “We have not received any reports of significant structural damage that we have had so far, but that may take a while because it was so widespread.”

Goggins said Shelby County received estimated wind gusts between 45 and 55 miles per hour, the worst of which occurred between 1 a.m. and 3 a.m. Thursday. The NWS Birmingham office lost power shortly after 1 a.m., so the wind gust speeds reported are only estimates. The Huntsville NWS office is backing up the Birmingham office, Goggins added.

He said the highest wind gusts reported in the Birmingham coverage area were from Clanton southward, and in east Alabama including Anniston and eastward.

By mid-morning, the fast-moving storm was already well into Virginia. Meanwhile, hundreds of thousands across Shelby County and Central Alabama have been left without power, including a large part if not all of the city of Alabaster.

Goggins cautioned people to take caution if they must be driving throughout the day Thursday, and also to observe proper guidelines if using a generator for their home.

“With folks that are out and about cleaning up today, folks just need to be aware to not put their generators inside, and be aware of the power lines that are down, they could be live, so be aware of those,” he said.

The following safety tips are shared by Alabama Power on their website dealing with the aftermath of a storm:

Please be patient. Crews work as fast as safety allows. Before neighborhood lines can be repaired, crews must first repair larger lines that bring in power.