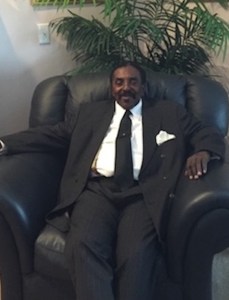 After attending Shelby County Training School in Alabama he married Ernestine Perkins in 1962. They moved to New York City where he studied for more than two years at Malcolm King College at Fordham University. For more than 20 years he served in the U.S. Army and U.S. National Guard before retiring as a Staff Sergeant E6 and for more than 29 years he was employed as a New York City Bus Driver for the MTA.

He was a kind, generous, sensitive, strong man with a quick wit and easy smile. He loved reading, spending time with family and friends, tending to his yard, watching sports, and was an avid historian and smooth dancer. He never met a stranger and opened his heart and home to the many lives he touched over the years.

His faith was very important to him as it helped him overcome many challenges in life including two bouts with cancer. He considered himself blessed and shared his blessings throughout his 85 years.

He was a member of Ebenezer Baptist Church in New York City for over 20 years and after retiring he returned to Alabama where he became a member of Providence Baptist Church where he eventually served as Deacon and regularly attended all church activities.