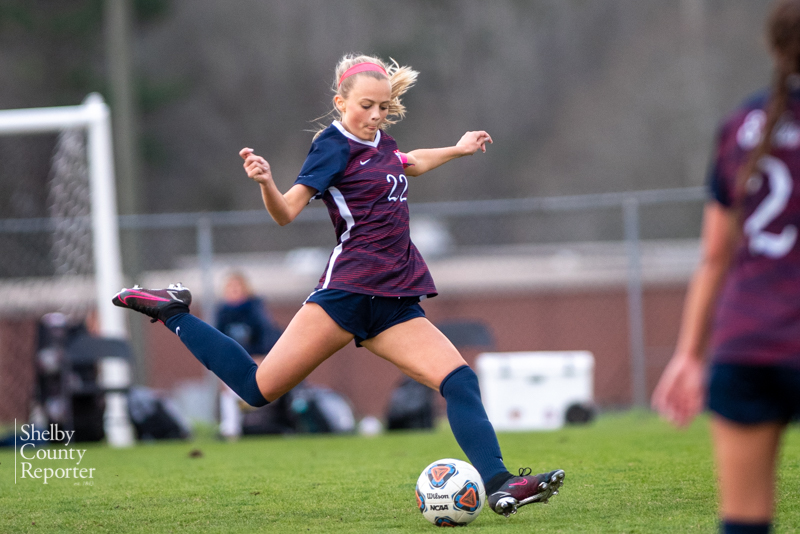 TUSCALOOSA – The start to the 2021 soccer season has featured different paths for the boys and girls teams at Oak Mountain High School, but on Monday, March 9, the two top-10 ranked teams were on the same page.

Taking on Tuscaloosa County in an area matchup for both, the two teams were able to pull off mercy-rule 10-0 victories.

With the girls’ win, they improved to 2-0 in area play after taking down Thompson 3-0 in their area opener this year on March 4.

The boys ended up losing to Thompson in PKs after double overtime couldn’t decide a winner. The Eagles went on to drop the match 2-1 in PKs in their area opener, but evened their area record at 1-1 with the bounce back win against Tuscaloosa County.

For the girls, they still remain the No. 1 team in the standings this season after a fast 11-1 start. The only blemish on the record for the Eagles came in a 1-0 loss to Homewood on March 2 in a battle of the 6A and 7A No. 1 teams.

That was one of just two games Oak Mountain has failed to score two or more goals in this season, while the defense has remained consistent all year.

The Eagles have given up no more than one goal in any matchup this season, which has kept them in every match, while they have posted nine shutouts so far, including shutouts in their first six matches.

Oak Mountain has now won three in a row against Thompson, St. Paul’s and Tuscaloosa County by a combined 16-1 and has outscored opponents 42-3 so far this season to remain the top-ranked team in Class 7A.

The boys have struggled offensively at times this season, scoring less than two goals in eight of their 12 games so far. But the defense has been tremendous at times.

The No. 8 Eagles have posted eight shutouts in eight games this season, given up two goals in three games and three goals in one game.

Oak Mountain’s boys now sit at 6-3-3 on the season with losses to 6A No. 1 Mountain Brook by two goals twice and 7A No. 5 Thompson by one goal. The Eagles have also tied with Grissom, Huntsville and John Carroll, who all reside in their respective top 10.