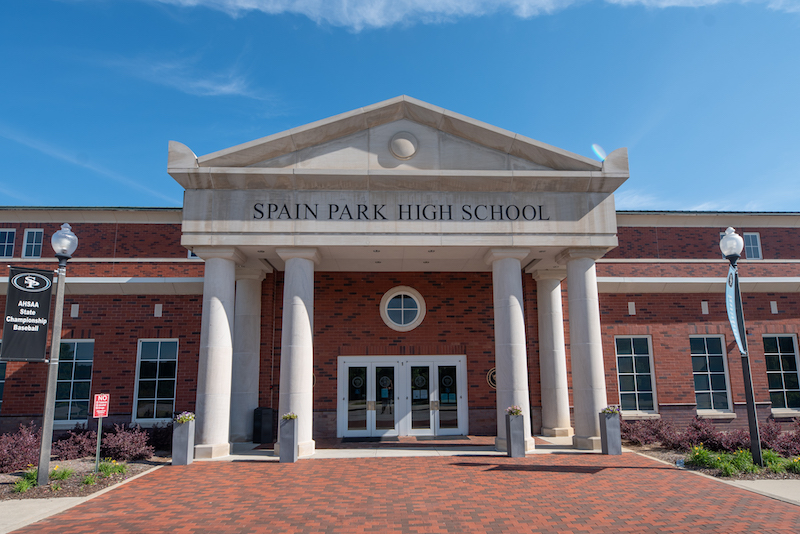 Spain Park High School took the distinction of being the county’s highest rated public high school at No. 8 overall, which is down from No. 5 in 2020.

Reading and math proficiency percentages were maintained at 73 percent and 71 percent respectively for the school. Graduation rate for SPHS was maintained at 96 percent.  Average SAT score slightly increased to 1280 and the average ACT score was maintained at 27 percent.

Oak Mountain High School was ranked at No. 15 this year, which is down from No. 11 in 2020, however the school did maintain their Niche grade of A. Enrollment at the school for the year was 1,552 representing an 18:1 student to teacher ratio.

There were no changes in reading and math proficiency percentages from 2020, which were 73 percent and 74 percent respectively. Average SAT scores decreased from 1310 last year to 1280, and ACT scores stayed the same at a 27 average.

Helena High School was one of the few schools in the county to improve, which saw the school move up two places to No. 22. Enrollment at the school slightly increased to 1,312 which gives the school a 19:1 student to teacher ratio.

Pelham High School ranked at No. 30, which is a decrease from its spot at No. 23 last year. PHS saw an increase in its student population to 1,016 which represents a 17:1 student to teacher ratio.

Thompson High School maintained their position from 2020 ranked at No. 31. Student population slightly increased to 2,024 and student to teacher ratio increased to 18:10.

The average SAT score was 1090 and the average ACT score was 25, which is the same as the prior year. Math proficiency for THS students was 58 percent and reading proficiency was 57 percent.

Chelsea High School saw the biggest improvement in ranking for the 2021 list. The school moved from No. 61 to No. 48 for the year. Student enrollment increased slightly to ,1260 for a student to teacher ratio of 19:1.

The full list of public high school rankings can be found at Niche.com/k12/search/best-public-high-schools/s/Alabama/

Shelby County school districts among top in the state