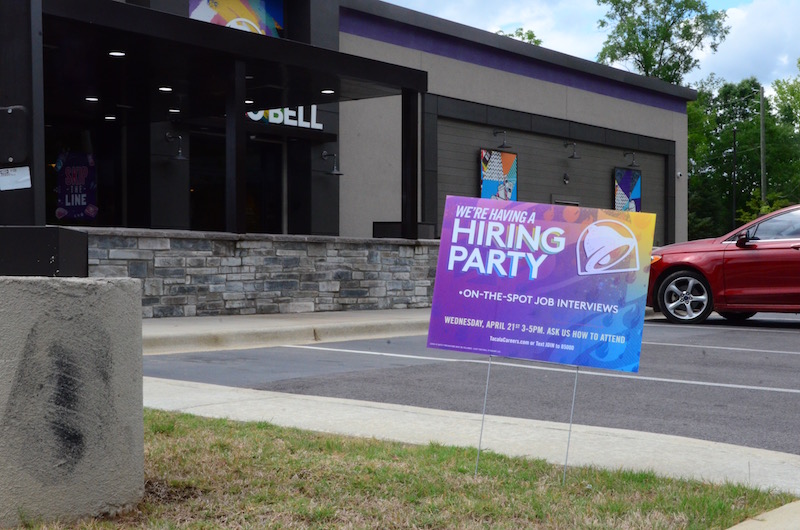 At 1.8 percent, Shelby County had the state's lowest unemployment rate during the month of May. (File)

Shelby County continues to excel in its bounce back from COVID-19 as evidenced by the near record-low unemployment rate during the month of May.

A year ago, the county’s unemployment rate had sky-rocketed to 9.2 percent following record-low numbers to end 2019 and begin 2020 at 1.8 percent.

Now, the county’s unemployment rate has dipped all the way back down to 1.8 percent following the year’s battle with COVID-19 and its impact on job loss.

The county is also home to the lowest unemployment rate in the state, while Blount County is just behind at 1.9 percent and Marshall, Franklin and Dekalb counties are all at 2 percent.

“Our record-breaking streak is continuing in May, and we hope that it continues throughout the rest of the year,” Gov. Kay Ivey said. “Yet again, we’ve dropped our unemployment rate and each month we are getting closer and closer to our pre-pandemic record low unemployment rate of 2. Our economy is adding jobs, and earlier barriers to joining the workforce have been significantly reduced. In fact, there are more job postings than there are people counted as unemployed. Alabama is, once again, open for business.”

In addition to those numbers, 41 of Alabama’s 67 counties have an unemployment rate of 3.2 percent or lower—a positive sign in response to the pandemic’s havoc on unemployment after only nine of the 67 were lower than 10 percent a year ago.

Across the state, the unemployment rate has also taken a drastic turn in the last year.

During the height of the pandemic, the unemployment rate neared 15 percent in the state. But with May’s release, the state’s rate has dropped down to 3.4 percent and near record lows once again.

At the start of 2020, the state’s unemployment rate was 2.7 percent, which was a record low before numbers spiked due to COVID-19.

One of the industries to see the greatest growth during the month of May was the leisure and hospitality industry with a monthly gain of 5,000. The industry went from 187,700 employees to 192,700.

The numbers in that industry, which was one of the hardest hit by the pandemic, have risen 37,100 over the past year as many restaurants continue to rebuild.