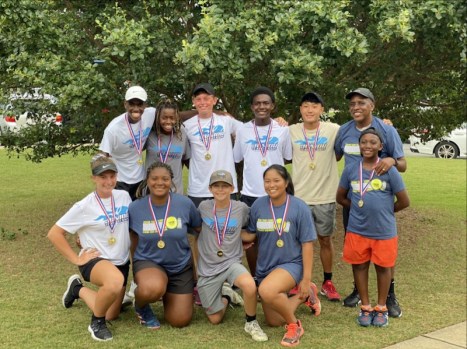 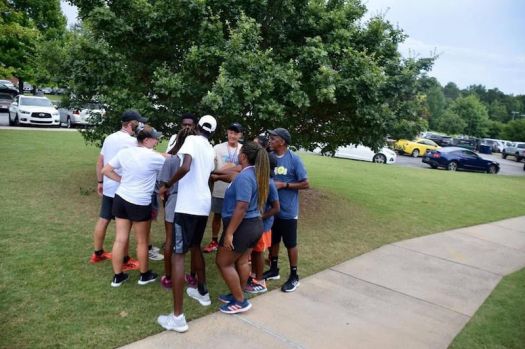 ALABASTER – The Alabaster Aces recently won the USTA Junior Team Tennis Championship title in the Advanced 18 and Under Division.

The local team competed in the USTA Junior Team Tennis Tournament July 9-11 where they defeated two advanced teams from Auburn and another from Homewood.

The team’s coach Cain Mashego said this win comes after hard work and preparation over the last two months.

“We have been practicing three or four hours in the heat almost daily since then. We did a lot of preparation,” Mashego said. “They worked really hard preparing for this.”

Their work clearly paid off after besting their competition during the event.

“They were pretty much the underdogs going into the championship. All of the work they put in paid off,” Mashego explained. “They went up against some really good teams and managed to win. The competition was very close and we ended up winning by one game. I was so proud of them.”

With six boys and five girls, the Alabaster Aces competed in the boys, girls and mixed singles and doubles games, where they just edged out their competition to take the win.

“We made sure that each of our team members had an opportunity to play because of how hard they worked,” Mashego said. “And at the same time, we encouraged them to be competitive and win so we can go to the sectional championships in Georgia.”

After coming off this win, the Aces will head to Rome, Georgia on Aug. 13-15 to participate in that competition.

“We are feeling really good about our chances. Based on our prepration and skill level we are doing everything we can,” Mashego said. “All I can ask of our kids is to do the best they can. There will be a lot of kids on the same skill level, so it will be tougher. We are feeling good though, and we are practicing and preparing well. I feel like we have as good of a chance as any other team, and I even feel like we have an advantage because of their chemistry.”

Mashego said a large part of the team’s success comes from the support of the players’ parents.

“The support I have gotten from the parents of the kids from practice, to traveling has been incredible,” he said. “The parents were helping out with getting the kids ready, with water and Gatorade and all of that. We have an all-around support network. That is something a lot of teams are lacking.”