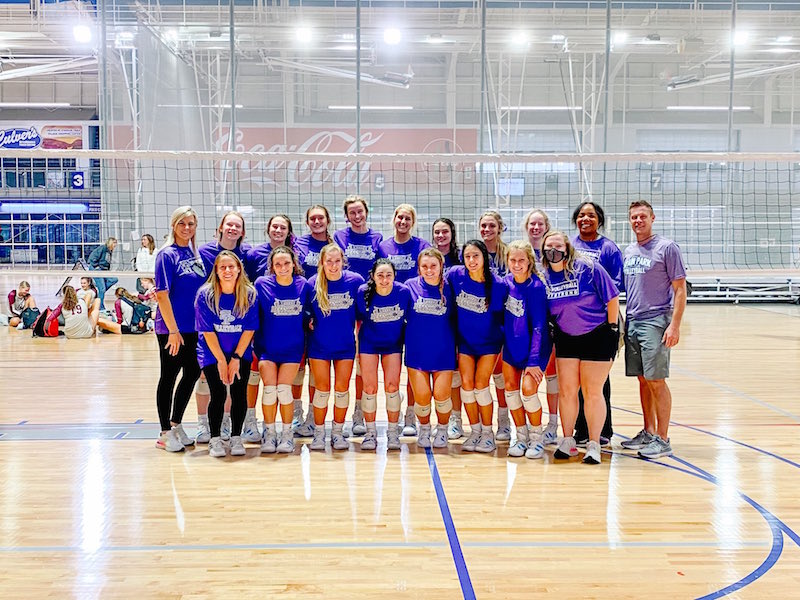 Spain Park’s volleyball team has caught fire once again, winning six consecutive matches against some of the state’s best teams at the Heffstrong Tournament to claim the championship. (Contributed)

HOOVER – Following a loss to Thompson on Sept. 14 to lose the No. 1 spot in the rankings for the first time this season, the Spain Park Jaguars have turned into a team nobody wants to face.

They were already dangerous enough, with that loss to the Warriors being just the Jags’ fourth of the season, but now they have turned into a determined group that has won nine consecutive matches since to improve to 28-4.

Following wins against top-10 teams McGill-Toolen, Vestavia Hills and Mountain Brook, the Jags got set to host the Heffstrong Tournament Sept. 24-25, and the strong play continued.

The Jags opened the tournament on Friday with an easy 2-0 sweep of Corner to get off to a strong start. They won each set 25-16 to pick up the win going into Saturday.

Spain Park then followed that up on Saturday morning with a sweep against one of the state’s best Class 6A teams.

Taking on Pelham, the Jaguars won the opening set by 10 points at 25-15. They then followed that with a 25-21 win in the second set to pick up their second consecutive sweep in pool play.

With those two wins, the Jags ended up facing Pelham in a rematch to kick off the elimination portion of the bracket.

This time around, however, the Panthers found a rhythm in the opening set after learning from the first match.

Pelham was able to pick up a fairly convincing 25-18 win in the set to take a 1-0 lead in the match and put the Jags in danger.

Spain Park, however, bounced back in the second set handing Pelham a 25-18 loss of its own to even the match.

Spain Park then beat talented Enterprise and Auburn teams to earn a spot in the championship match against Collierville (Tennessee).

The championship win didn’t come easily with the Dragons pushing the Jags to the limit in each set, but Spain Park was clutch in both sets.

In the opening set, the Jags grabbed a 24-23 lead and capitalized by winning set point to take an all-important 1-0 lead.

Rather than play with a deficit against one of the top teams in the Southeast, the Jags had the lead and took advantage.

It allowed them to play looser in the clutch in the second set. Collierville battled all the way to a 26-26 tie, but the Jaguars were able to string together two points in a row to finish off another sweep—this time for the Championship.

At the end of the week, which also featured the wins against Mountain Brook and Vestavia Hills, Spain Park was led by Audrey Rothman with 145 kills. She set a career high of 32 against Vestavia and also added 49 digs, 22 blocks and 12 aces.

Emily Breazeale also had a special week thanks to 98 kills, 55 digs, eight aces and seven blocks. Lilly Johnson led the team with 147 assists during the week while also totaling 38 digs and seven aces. Haley Thompson finished second on the team in assists with 93, while she also added 20 digs and 14 aces.

Brooklyn Allison led the team in digs with 82 and also added 11 aces and nine assists.