PELHAM – It was a big night on Friday, Oct. 1 for the Pelham Panthers as they celebrated homecoming and the final home game for the senior class with a 41-21 win over the Wetumpka Indians in a pivotal regional matchup.

“Our kids played extremely hard, you know,” Panthers’ coach Tom Causey said postgame. “It wasn’t play calling, it was just simply our kids playing really, really hard and really, really fast and had a really good week of practice and showed up ready to play tonight.”

Pelham’s offense started strong with a 36-yard run from Gabe Gamble ­­­­­­­­on the second play of the game to set up a 25-yard touchdown scramble from Will Lankford to put the Panthers up 6-0.

The Panthers successfully executed an onside kick, starting their drive on the Indians 44-yard line and riding a Gamble touchdown run to an early 13-0 lead before Wetumpka even played an offensive snap.

The Indians responded on their first drive, however, as quarterback Nathan Rogers overcame pocket pressure from the Panthers’ defense to gain positive yardage on several scrambles. A rushing touchdown from 12 yards out cut the Pelham lead to 13-7.

After trading punts, the Panthers had a chance to extend their lead to nine with a 31-yard field goal, but a fumbled snap by the holder forced a turnover on downs.

Pelham came back and scored on its next two drives, however, both set up by big third down completions. The first score was a Gamble touchdown run set up by a 60-yard completion to Trey Corkill.

The following drive had a 42-yard catch by Jake Fox that led to a touchdown run from Lankford.

After taking a 27-14 lead into halftime, Pelham recovered two Wetumpka fumbles to start the second half.

The first fumble was recovered in the end zone after an Indians runner had his touchdown run cut short by a punch out, but Pelham was unable to score on the ensuing drive.

However, the second fumble led to a Pelham touchdown when Lankford found an open Kamari Hollis for a 30-yard touchdown catch.

“Anytime you can win a turnover battle, it’s big; when you get one in your end zone to start the second half, that’s huge,” Causey said.

The Panthers had an offensive fumble recovery touchdown when Darius Copeland ran 39 yards to the house to increase the lead to 41-14, and an 83-yard touchdown pass by Wetumpka with just more than a minute remaining in the contest closed out the scoring and gave Pelham the 41-21 win.

After the game, coach Causey called his side’s effort a “team win,” and complemented his coaching staff for their preparation and his players for handling the homecoming distractions maturely.

Lankford finished the game with 292 all-purpose yards and three touchdowns, while Gamble ran for 141 yards and two scores off 22 carries. Seth Branham led the way for the Panthers defense with five tackles.

The Panthers have a short turnaround next week as they travel to Benjamin Russell on Thursday night. 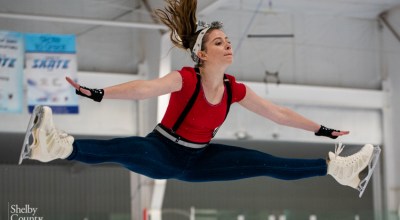