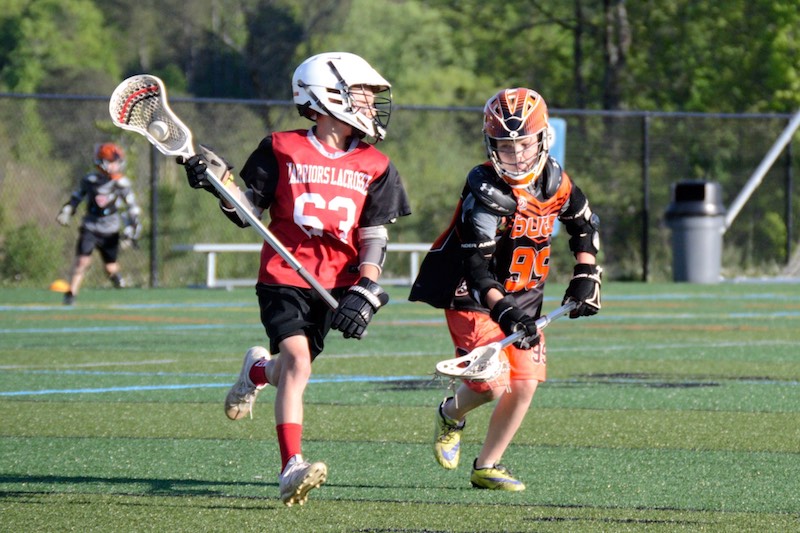 Buck Creek Lacrosse is offering Monday night lacrosse classes throughout November to kids in the Helena and Alabaster area. (Contributed)

Buck Creek Lacrosse will be hosting Monday night lacrosse programs starting Nov. 1. The programs are open to boys and girls grades kindergarten through eighth grade and will teach the basics of lacrosse.

Jim Wiley, the president of the club, said the program is a great way for kids to become acquainted with the sport before they sign up for the season.

“The last few years we have participated in the TryLax program through US Lacrosse, where kids can come one day in the fall to learn fundamentals and play some games in order to ‘kick the tires’ on lacrosse before signing up for the spring season,” said Wiley.  “TryLax was always a success, but every year we had kids who wanted to participate, but couldn’t because they had flag football, baseball or college football games at the same time.”

The programs will be held on multiple Monday nights throughout November to give any interested kids the opportunity to participate.

Lacrosse has gained a significant amount of attention over the past few years, providing students with more opportunities for their future. A Briarwood student recently made headlines being ranked by the National Lacrosse Federation as a five-star recruit. According to Wiley, lacrosse is “the fastest growing game in the United States.”

“If you look at colleges across the country, more teams are being added for men’s and women’s lacrosse every year, and more states are beginning to sanction lacrosse as a high school varsity sport,” said Wiley.  “Then you have the Premier Lacrosse League that just finished its third season and shows games on NBC, NBC Sports Network, and plays in some of the biggest stadiums across the country.”

As for the game itself, Wiley said kids can’t help but fall in love with the sport once they try it.

“It is a fast paced, physical, and high scoring game with nonstop action,” he said. “Plus, kids of all shapes and sizes can contribute to the team. One of the beauties of lacrosse is that everyone brings something different to the team to make the team successful. I also think that lacrosse has grown because other sports have turned families off because they have gone to travel or clubs instead of being recreational, so kids and families are looking for something that they can play in their community with people they know. The Greater Birmingham Youth Lacrosse Organization (GBYLA) is the youth league in Alabama, and they have done a great job of keeping communities together so kids can play on teams with their friends and other people they know.”

Wiley said learning to play lacrosse teaches kids to “think on the fly,” and strengthens their ability to communicate with others as a team.

“Growing up, I learned more about the benefits of hard work through sports before I learned them from any other avenue,” he said. “My goal with my children, and the kids in our program, is that they learn that hard work always pays off. Sometimes it pays off immediately, and sometimes it pays off down the road. Also, I think students learn the value of teamwork. By being on a team, you meet people that you otherwise may not have interacted with, you learn how to communicate more effectively, you learn the value of hard work, and you learn that other people are supporting you and counting on you. Being a leader on a team directly prepares children to be leaders later in life. These are values that children will use their entire life, long after they stop playing sports.”

Wiley continued that having the club be part of the Buck Creek community has been incredibly rewarding, and he and his colleagues are overjoyed to see kids respond so openly to the sport.

“We have seen kids play lacrosse who never showed interest in sports before, and we have also had kids who were burned out on other sports reignite their passion for sports through lacrosse,” Wiley said. “Most of all, by having a lacrosse club in the community, we are giving children more opportunities to play sports, make new friends, and gain confidence in themselves.”

Buck Creek Lacrosse’s Monday night programs will be held Nov. 1, 8 and 15 from 6-7:30 p.m. at Kingwood Field. No registration is required, and participants are encouraged to “show up and play.”

Helena player reunited at midfield with dad home on…