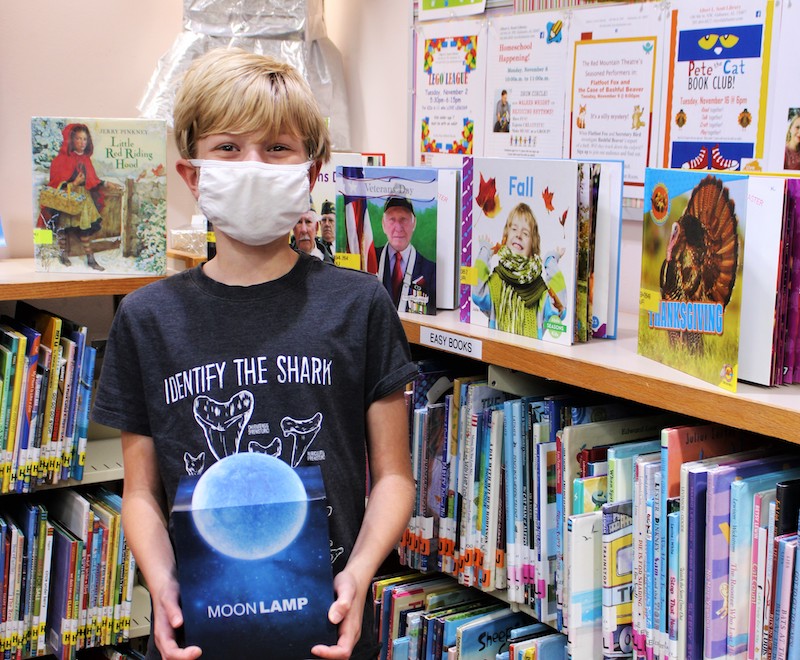 The program specifically targets children 5-11 years of age, and is designed to promote early childhood literacy by challenging children to read 12 books during the month of October. (Contributed)

ALABASTER – On Thursday, Nov. 4, the Albert L. Scott Library in Alabaster announced the winners of the library’s second annual ‘Fall into Reading’ program, an initiative held in October that rewards children with prizes for reading.

Launched in 2020, Librarian Kim Roberts said the initiative is an extension of the library’s summer reading program, which has become a staple tradition at the library over the last several years.

“It’s encouraging early learning, early literacy skills and reading as a habit that is ongoing throughout the school year and a kind of sidestep for what schools are already doing,” Roberts said.

The fall program, however, specifically targets children 5-11 years of age, and is designed to promote early childhood literacy by challenging children to read 12 books during the month of October. The genres in the fall elementary program mostly comprised picture and nonfiction books.

Roberts added that developing early literacy skills is oftentimes crucial for children’s success as they progress into adulthood.

“We just want to get them reading a lot and reading early because developing that love of reading very early on in life ensures they’ll likely continue to be a reader later on,” Roberts said.

Roberts described the fall reading initiative for this year as a success as over 50 children participated in the program.

The prize pool for the program consisted of a four-level tier system among the following age groups: 5-9 years old and 10-11 years old. Participants’ names were added to each subsequent tier following the completion of three additional books.

The final tier was for a grand-prize pool, which included the most expensive prizes.

A winter reading program is scheduled for January at the library, which will incorporate all age groups instead of just the narrow elementary ages.