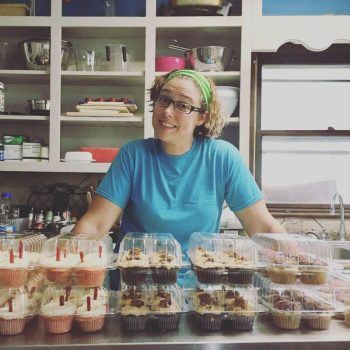 Jennifer Carr started Green Acres Bakery out of her Calera home in 2018. (Contributed) 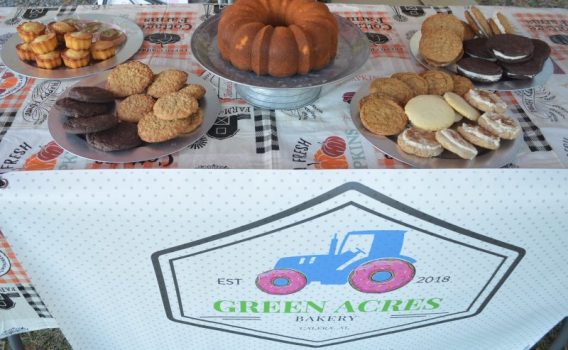 CALERA – Green Acres Bakery is a small, home-based bakery in Calera. It is run by Jennifer Carr with the support of her husband, Rob, and their daughter.

Jennifer, however, has not always had the best luck when it comes to being in the kitchen.

“I did Home Ec. in high school, and I failed the first baking assignment,” Jennifer said, adding she didn’t want to follow the recipe. “I wanted to do it my way, and so I did, and I failed.”

The same year she failed her Home Ec. class, she decided she would try out her skills on her own at home in the kitchen.

“I don’t tell many people this because it doesn’t sound good when someone who claims to be a baker says this,” Jennifer said. “I set a fire in my parents’ oven. So I wasn’t allowed in the kitchen anymore.”

However, despite her early mishaps, she eventually found her way back into the world of baking after she got married.

Jennifer said she began to play around in the kitchen again 15 years ago. She started to do bake sales as a way to raise funds when she and her husband were in the process of trying to adopt a child from another country in 2014.

“People were like, ‘Oh my goodness, you can really bake, you’re really good at this,’ and I was like, ‘Oh, thanks,’” Jennifer said. “So I guess that’s when I really started baking on a regular basis because people didn’t die from it.”

Jennifer and her husband were in the country for a month in an attempt to adopt, but unfortunately, the process fell apart.

“It was devastating,” Jennifer said.

The silver lining that came out of the process was that people recognized her baking skills. She began to get messages on Facebook asking her if she would be willing to make them some of her cinnamon rolls or bread.

The Carrs moved from Pinson to Calera in 2018 to be closer to family. At church meetings, she would bring pound cakes or cookies. Again, church-goers started to ask if she would bake more of her creations for them. That’s when it became word of mouth that if someone would pay for ingredients, she would willingly make them something.

“That is kind of when it started,” Jennifer said. “It kind of made sense and naturally flowed into, ‘Well hey, if people will pay me to do this then I will do it.’”

Green Acres Bakery is named after the farm that the Jennifer family moved to in Calera. Despite the fact that it is old, small and needs repairs, Jennifer “fell in love with the farm.”

Currently, the bakery operates on a smaller scale.

Customers message her on Facebook and request for her to make something. There is no set menu, but there are things she is known for such as her oatmeal creme pies.

“It’s more like people call and say, ‘Hey, do you make this,’ and I say, ‘Listen, I’ll give it a shot, if I have never done it before I am happy to try it for you,’” Jennifer explains. Everything Jennifer bakes is made from scratch.

“It has been really fun and exciting to be able to meet people in the community and have them message me the next day and say, “Hey, I need more of that.’”

While she has dreamed of owning a coffee shop, café or bakery storefront, she said that she is focusing on the now.

“I don’t know, you know, there are so many unknowns just in general and in the world right now,” Jennifer said. “So I am enjoying focusing on local. I like to just get out and do the events and meet people in their atmosphere. I don’t know that I have really thought that far ahead because of the uncertainty of everything.”

To order cake pops, cookies, oatmeal creme pies or anything else, call or message Jennifer on the Green Acres Bakery Facebook page, @GreenAcresBakery. For more information, visit the website Greenacresbakery.com/.

Jennifer offers delivery or pick-up options for her creations. She does not ship due to the cost and the Alabama Cottage Food Law.