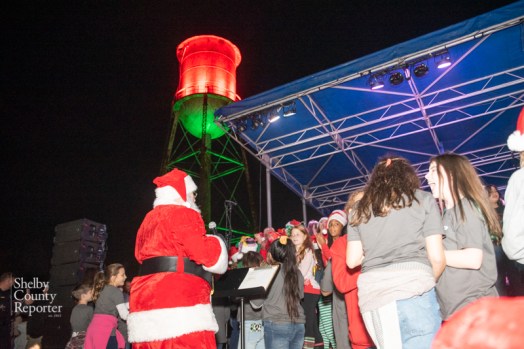 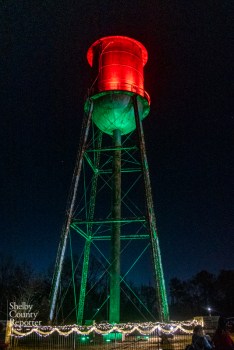 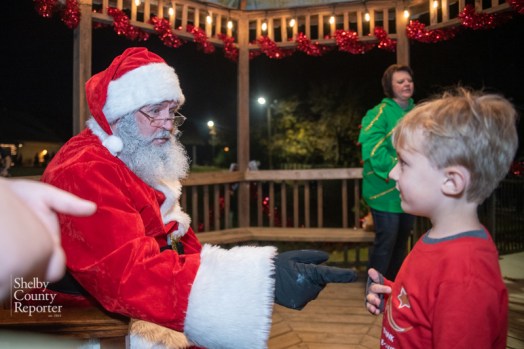 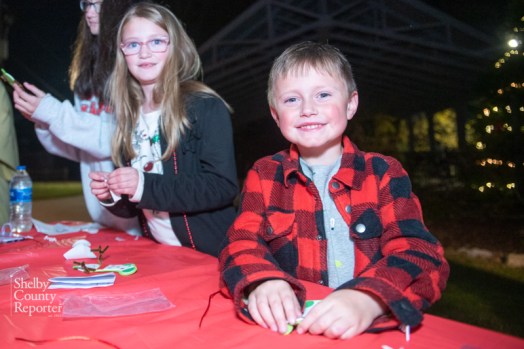 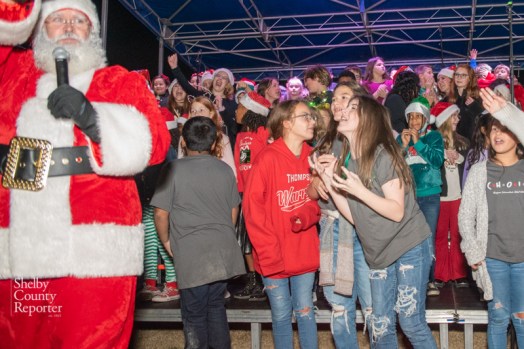 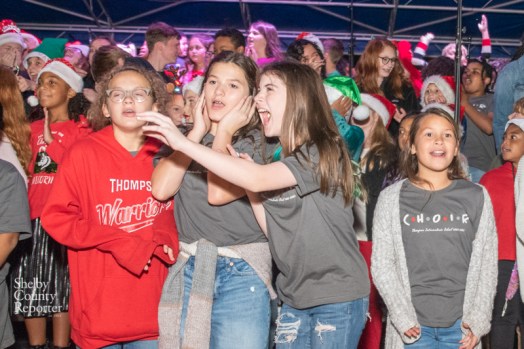 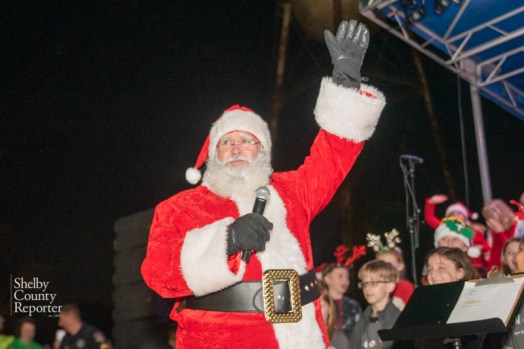 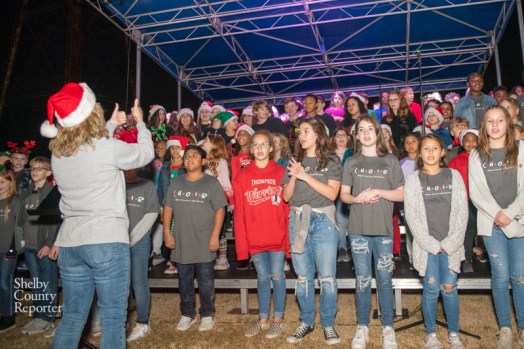 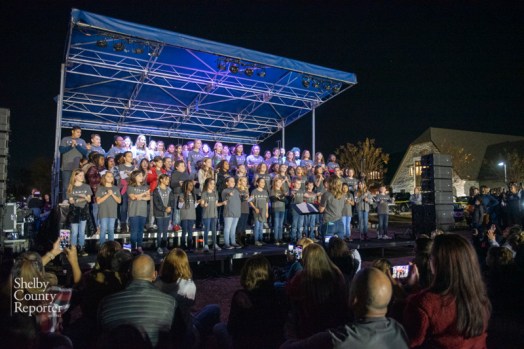 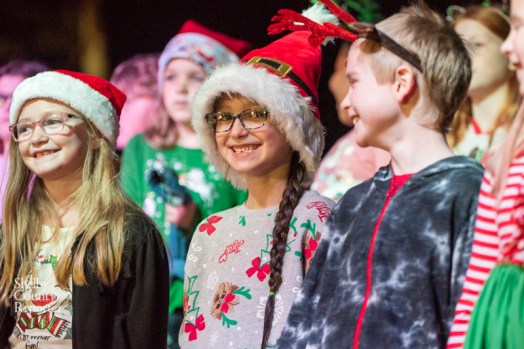 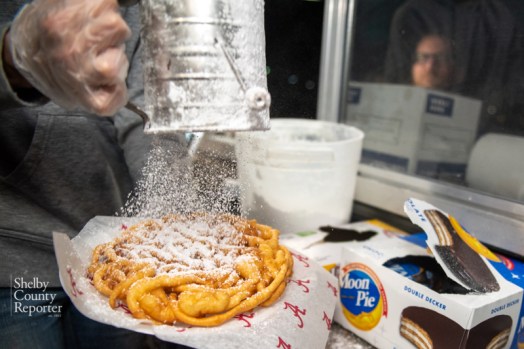 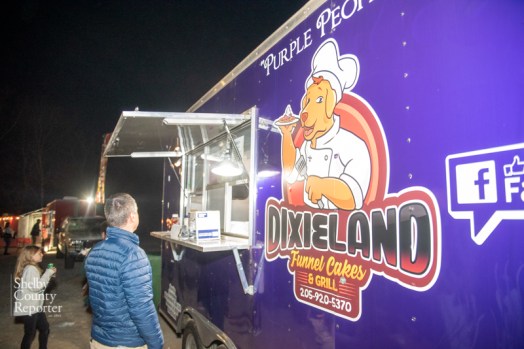 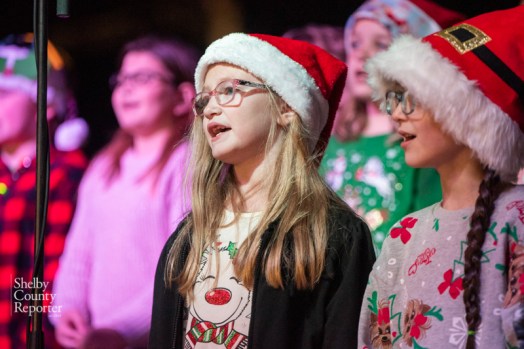 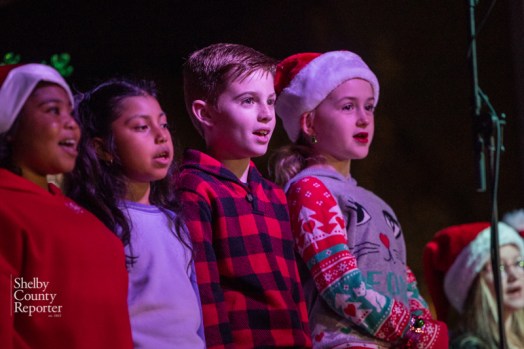 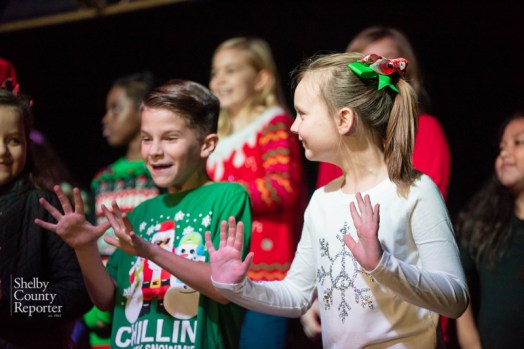 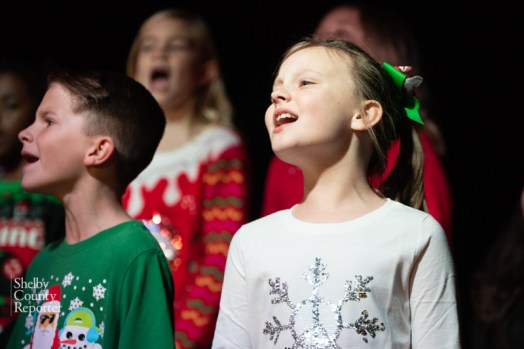 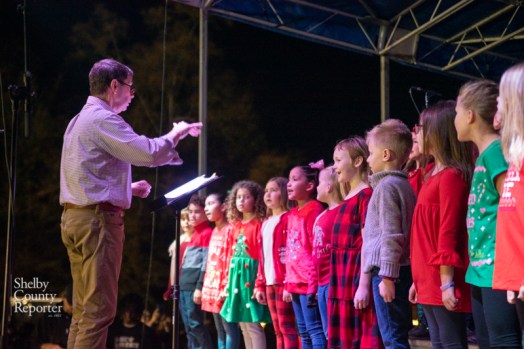 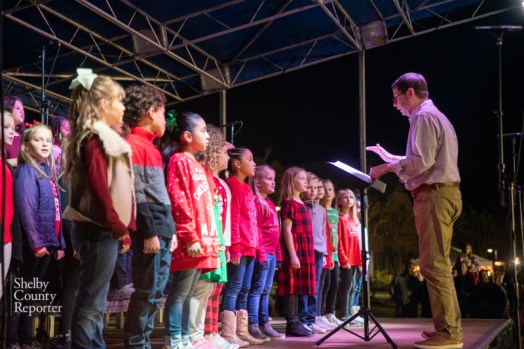 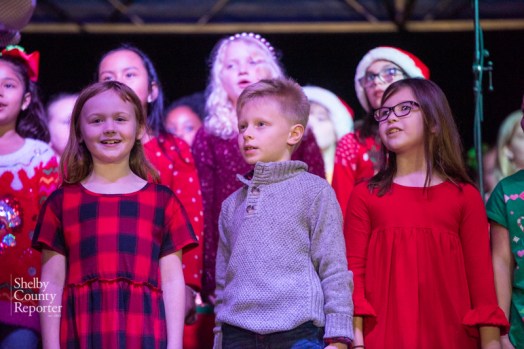 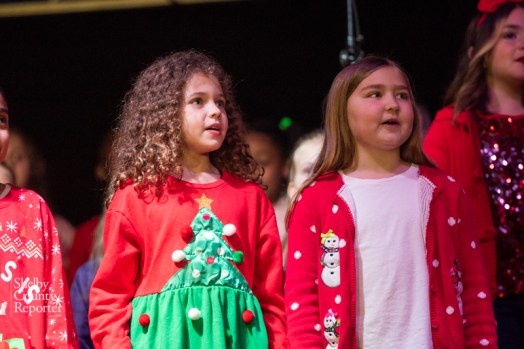 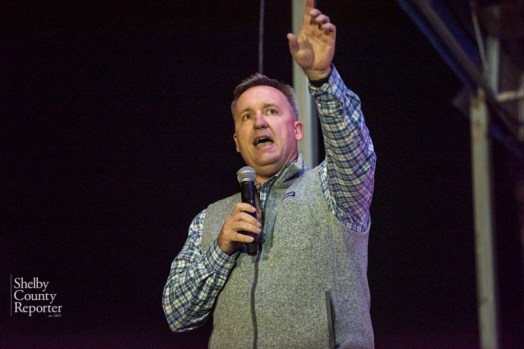 ALABASTER – The city of Alabaster officially initiated the beginning of the Christmas season with its second annual water tower lighting on Friday, Dec. 3.

During the event, the city’s historic Siluria mill water tower displayed red and green lights for hundreds of residents in attendance to kick off the holiday season.

During the ceremony, city leaders, including members of the city council and Mayor Scott Brakefield, illuminated the city’s historic water tower near city hall in Christmas colors.

While the tower was being lit with the festive colors, choirs from each school in the Alabaster City School system performed renditions of classic holiday songs.

“We had just an incredible turnout that night, and we received lots of positive feedback from the folks who were there,” he said. “The parks and recreation department did a great job of getting everything set up, and we appreciate everyone who helped make the event the success that it was.”

Wagner said the residents particularly enjoyed the musical performances from the ACS choirs.

“I think having all of the Alabaster school choirs perform during the event was a great addition,” he said. “With this being the second year we’ve held a tower lighting, it’s something that will only continue to grow and improve in the future.”

Wagner added that the city plans on only expanding the holiday tradition in the coming years and hopefully incorporating additional musical performances.