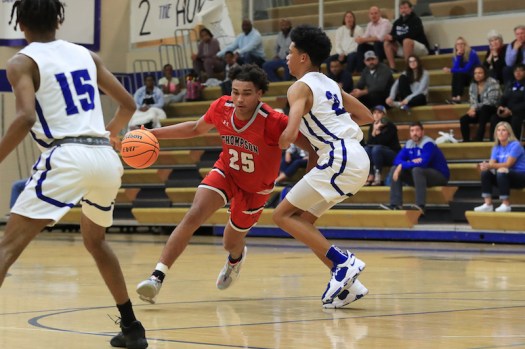 Carson Pringle scored 20 points against Chelsea on Dec. 6 to help the Thompson Warriors pick up a hard-fought 50-45 victory. (For the Reporter/Dawn Harrison) 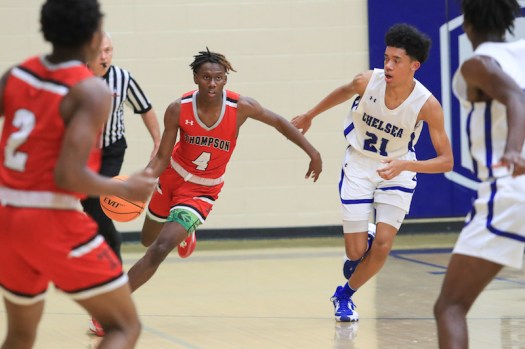 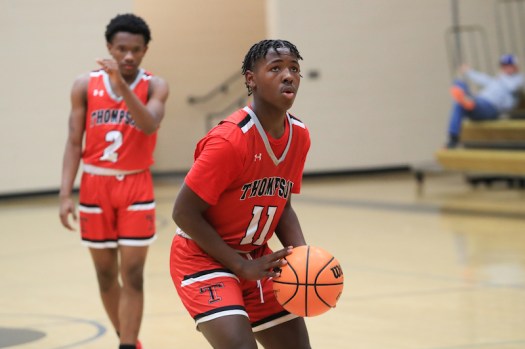 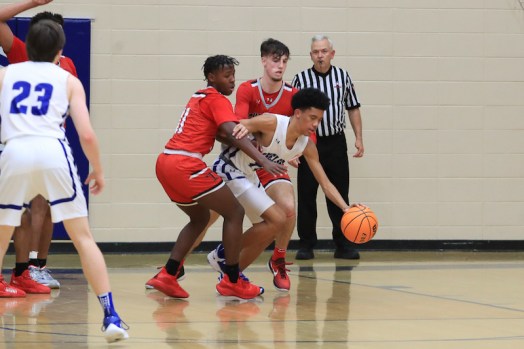 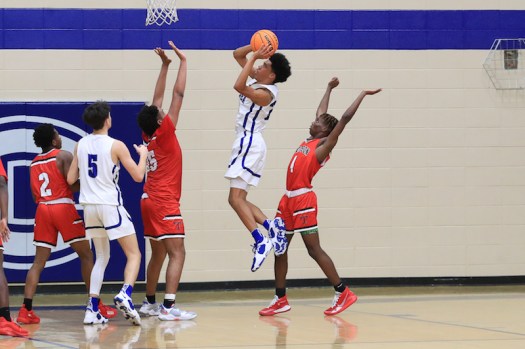 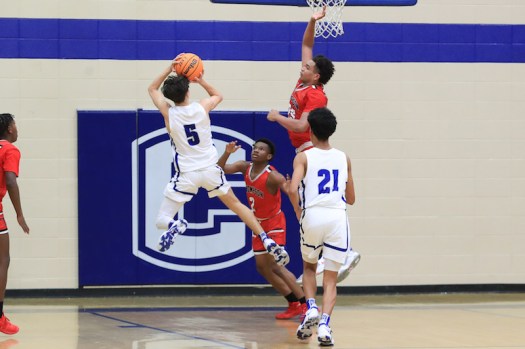 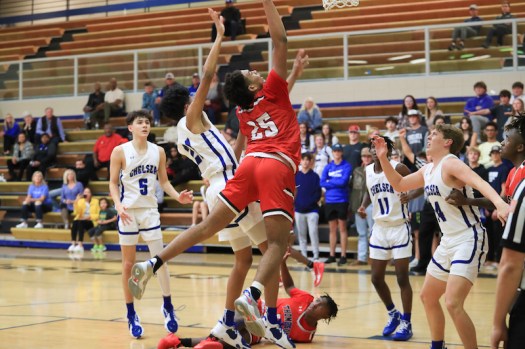 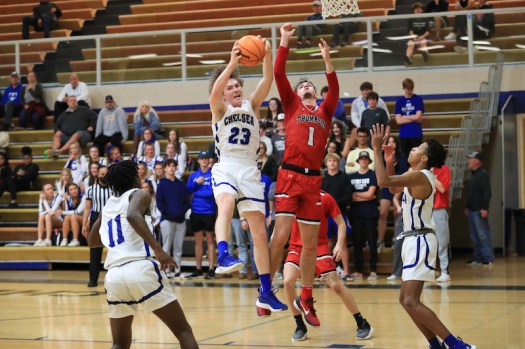 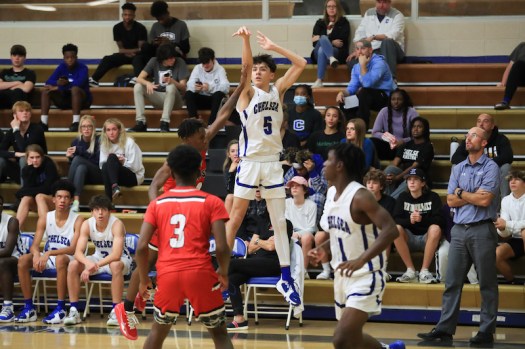 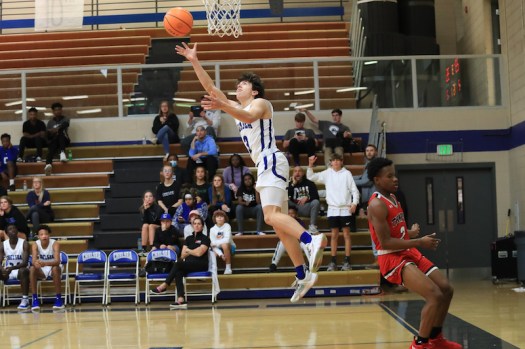 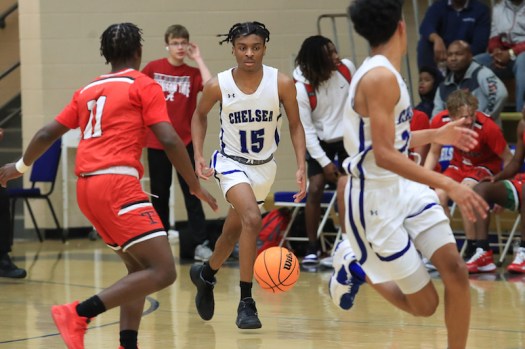 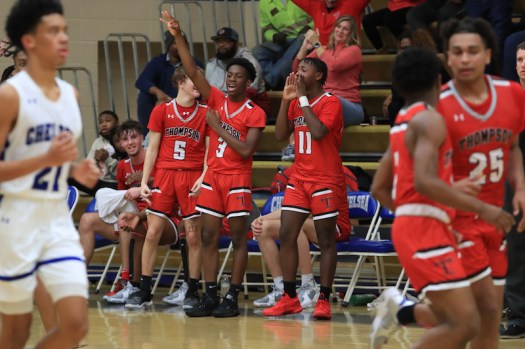 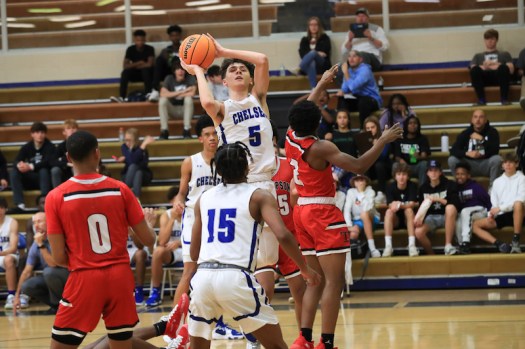 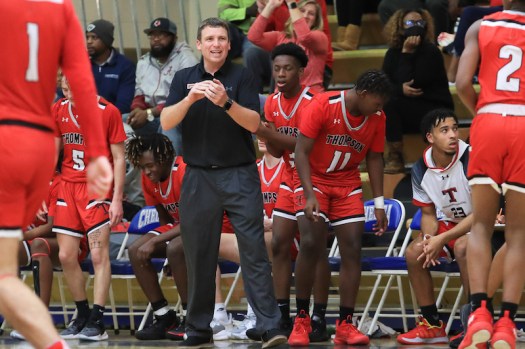 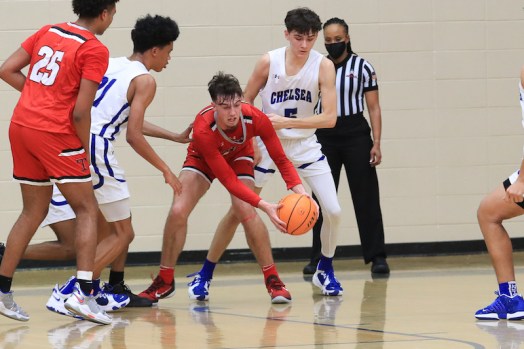 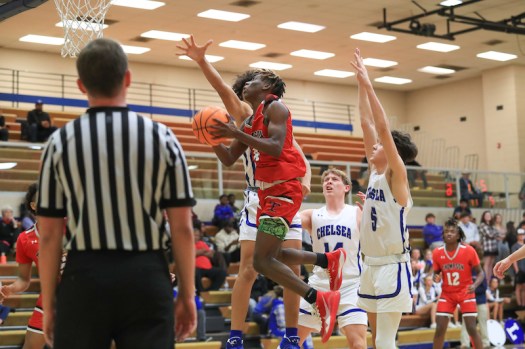 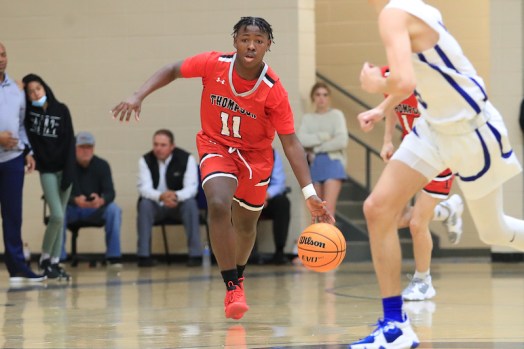 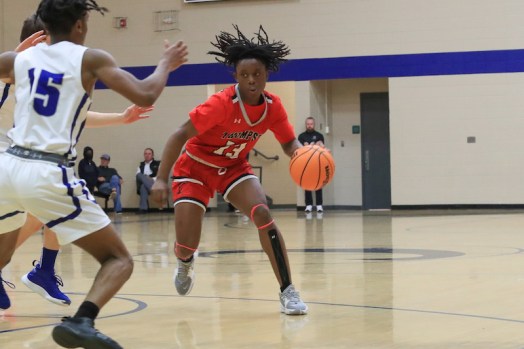 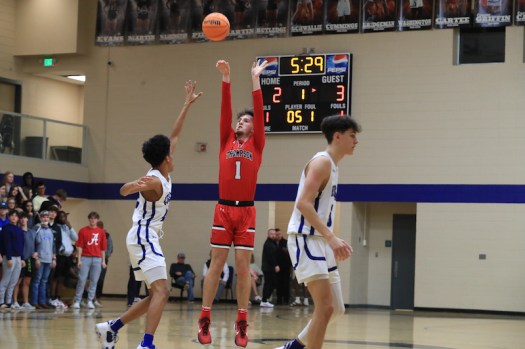 CHELSEA – In a game they led throughout, it took a late push from the Thompson Warriors on Monday night, Dec. 6 to pick up a tightly-contested road win against county foe Chelsea.

The Warriors led by 10 at the break, but the Hornets put together an impressive second half that saw them take a 41-37 advantage after starting the final quarter on a 12-0 run.

Thompson, however, answered with a 4-0 run to even the score at 41-41, which led to an exciting finish.

But it was the Warriors who were able to make the difference from there, ending the game on a 9-4 run to close out a 50-45 victory.

A big reason Thompson was able to finish off the win was sharp shooting from the free throw line in the final quarter. The Warriors scored all of their points from the stripe in the period, making 13 of 14 free throws down the stretch.

It brought to an end an exciting game that saw the two teams battle for momentum throughout.

Early in the game, it was Thompson’s defense that made the difference, and ultimately allowed the Warriors to create enough early separation to pay off late.

The Hornets also had an impressive start defensively, limiting Thompson to eight points, but 3-pointers from Tre Adolphus and Justin McKnight helped make the difference in a two-point lead.

In the second half, the Warriors built off that when Carson Pringle caught fire from the field. He hit one shot from beyond the arc and made two jumpers for seven points, while Wesley Roberson added four to play a part in 14 points.

That helped Thompson take a 22-12 advantage into the halftime break.

Coming out of the half, however, Paul Lanzi started to find a rhythm, which ultimately had an impact on others as well.

Lanzi poured in 10 third-quarter points, hitting two jumpers and two from beyond the arc, while Aiden Owens added four points.

Those two scored a combined 14 of the 17 from Chelsea in the quarter, which allowed the Hornets to trim the deficit.

But they only got two points closer at the end of the quarter, as Pringle continued a strong game with seven more points. That, combined with five from DeVarye Mack, helped Thompson score 15 in the period and hold a 37-29 lead heading to the final quarter.

Chelsea’s offense had found a rhythm though, and it paid off early in the final quarter.

The Hornets quickly started the final quarter on an 8-0 run to tie the game, and eventually added four more after that to take a four-point lead with 5:08 to play.

It didn’t take long for Thompson to erase the deficit.

The Warriors started their trek of strong play from the free throw line, quickly tying the game in less than a minute.

Thompson eventually gained the lead again at 45-43 with 1:24 left to play, which became enough with the team’s hot shooting from the stripe. The Warriors made five more from there, while Chelsea added two more points.

Pringle led the way for Thompson with 20 points in the win, including a 5-6 mark from the free throw line. Roberson added nine points after going 4-4 from the line, while Mack added seven points, making all four of his free throw attempts.

Lanzi led all scorers with 21 points for Chelsea. The Hornets only had 10 free throw attempts in the game compared to 22 for the Warriors, which ultimately made the difference in the final quarter.