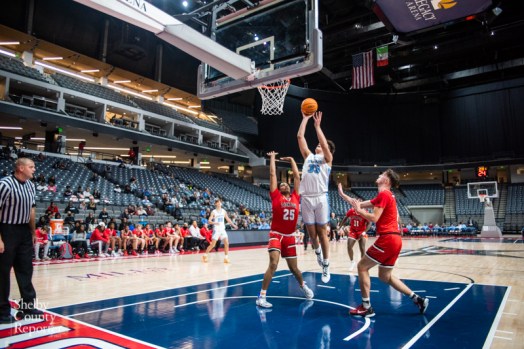 The high school three-point line taped on the floor was the only change to the usual NBA court inside Legacy Arena on Tuesday, Dec. 7, as the Spain Park Jaguars and Thompson Warriors traveled to Birmingham for a special matchup. 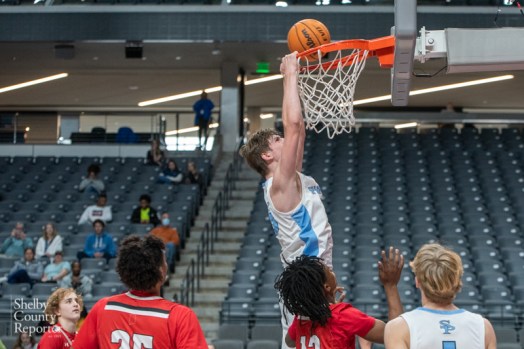 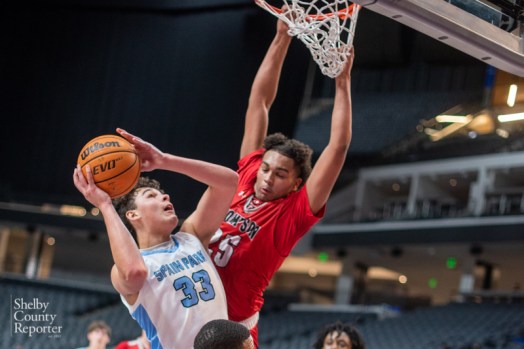 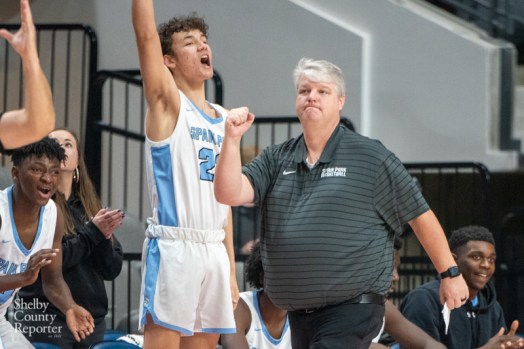 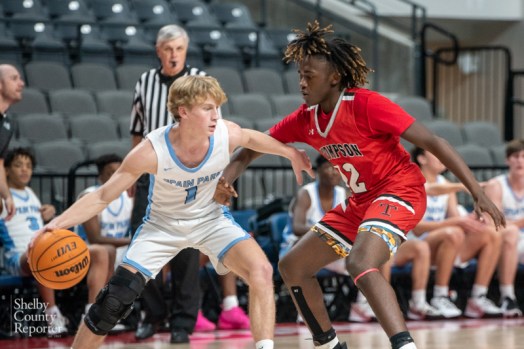 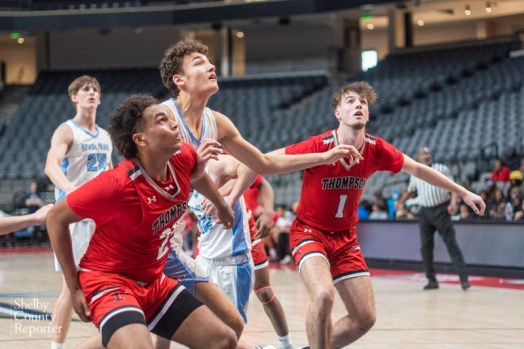 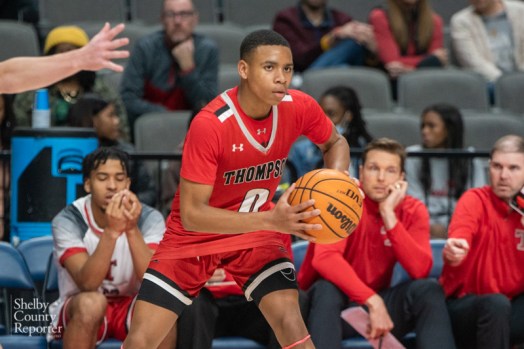 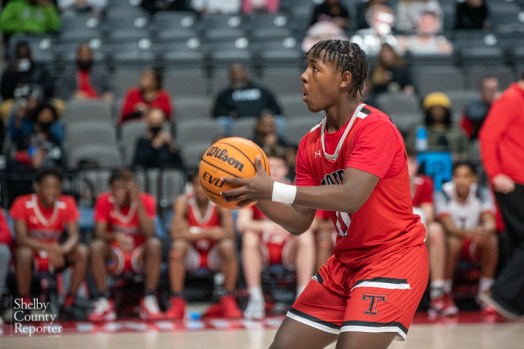 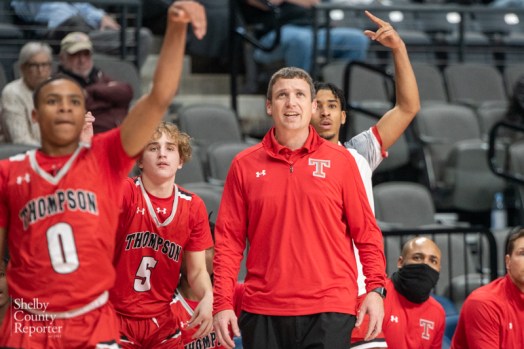 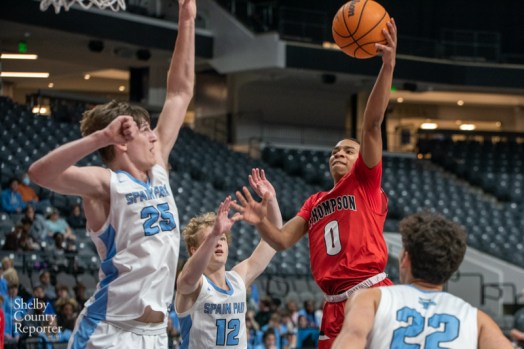 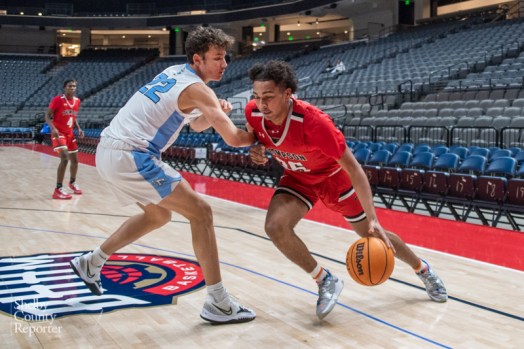 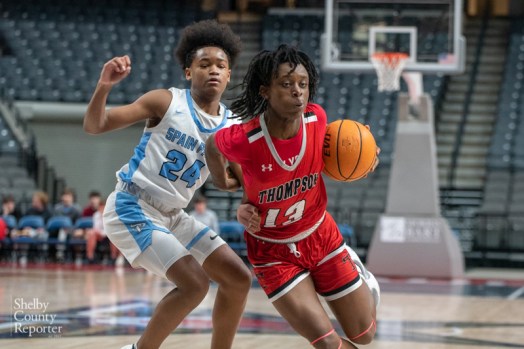 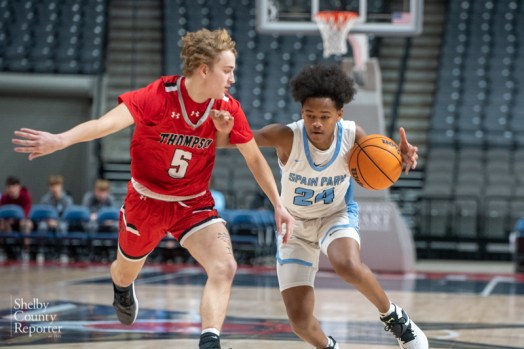 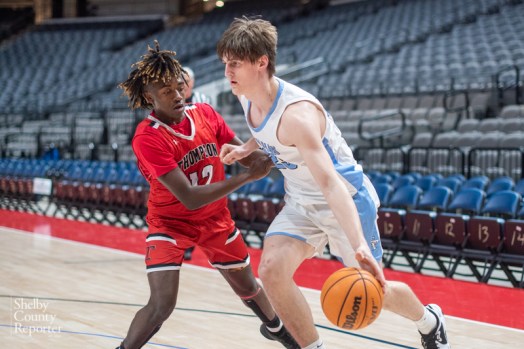 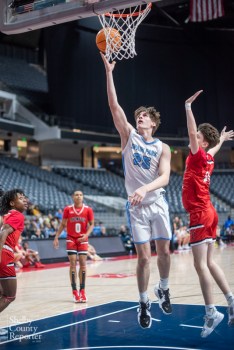 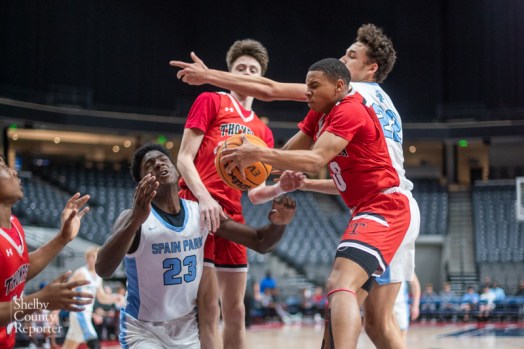 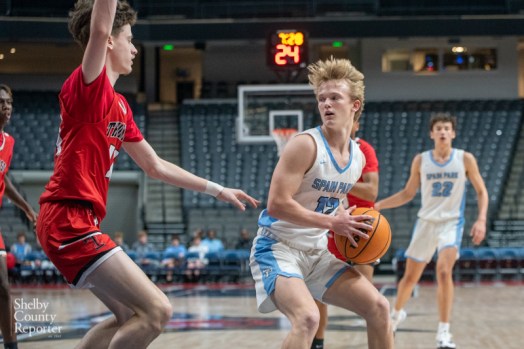 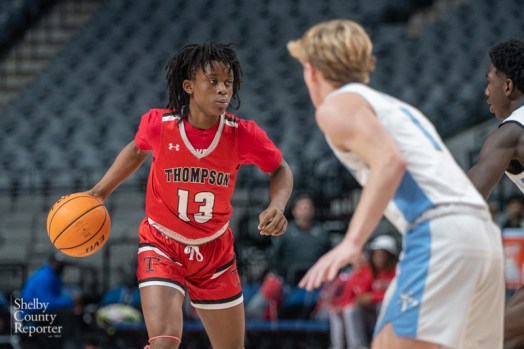 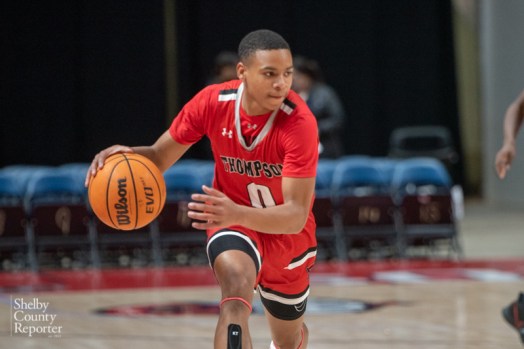 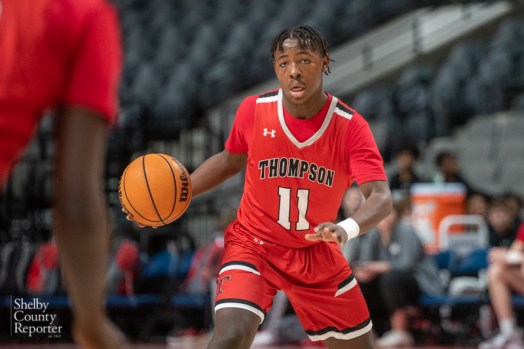 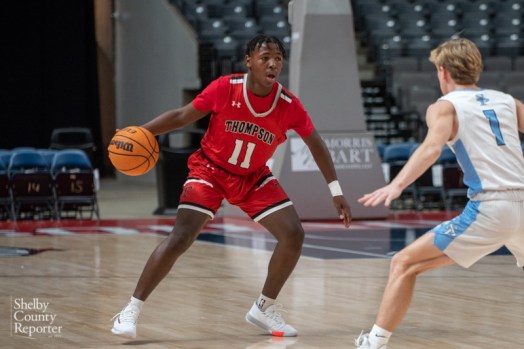 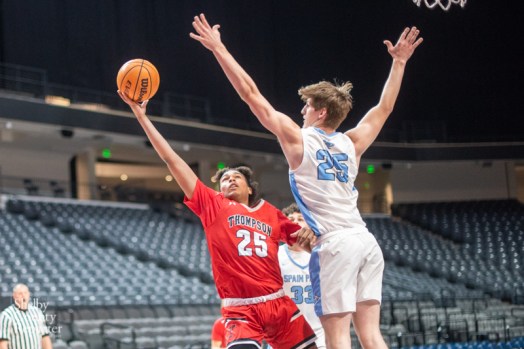 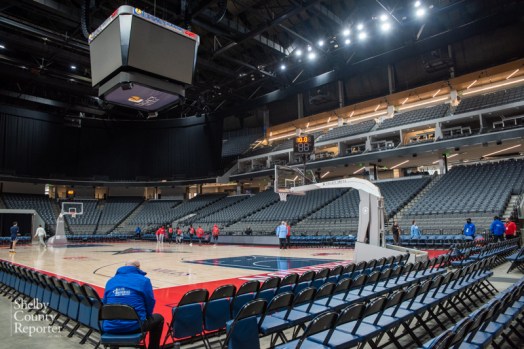 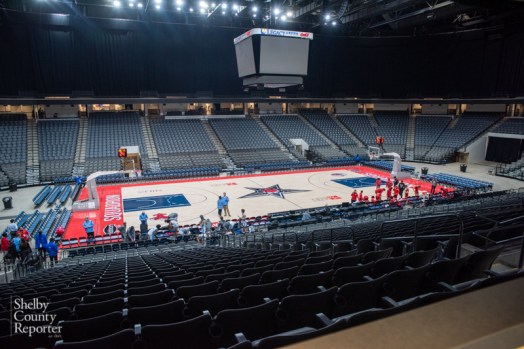 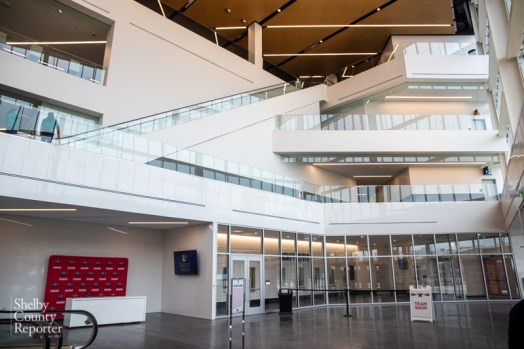 BIRMINGHAM – The high school three-point line taped on the floor was the only change to the usual NBA court inside Legacy Arena on Tuesday, Dec. 7, as the Spain Park Jaguars and Thompson Warriors traveled to Birmingham for a special matchup.

Playing on the same floor that NBA G-League stars would play on later that same night, including some of the top prospects from the New Orleans Pelicans, the two teams put their winning records up against one another.

And early on, the two teams came out firing shots up like NBA teams.

It led to some thrilling back-and-forth play throughout the first half, but the Jags were able to gain some separation in the second quarter, eventually leading by as many as 12 in the period.

Thompson battled from behind the rest of the day, and while the Warriors trimmed the deficit to five points twice in the fourth quarter, Spain Park answered with quick scoring spurts each time to pull away for a 61-51 victory.

The Jags finished the game with three players in double figures, including 19 from Colin Turner, who continues to churn out a special season. Behind him, Sam Wright had 12 and Chase James 11 in the winning effort.

Early in the game, however, the Thompson Warriors came out firing from the field.

A big reason for their early success was Carson Pringle, who had seven points on three made shots in the first quarter, including a 3-pointer. Additional 3-pointers from Tre Adolphus and Justin McKnight helped Thompson jump out to a 13-9 advantage.

The Jags, however, responded with their best run of the game.

The ended the opening quarter on a 7-0 run to take a 16-13 lead at the end of one—and that was just the beginning.

Turner started the second quarter with two layups and a dunk to continue the run, before a 3-pointer from Pierson Cole gave the Jaguars a 9-0 run in the quarter and a 16-0 run dating back to the first frame.

After all of that was said and done, Spain Park held a 25-13 advantage before Thompson’s Landen Lawrence snapped the run with a 3-pointer himself.

Spain Park still went on to add two more shots to Thompson’s one after that to take a 29-18 lead into the half.

Coming out of the break, Thompson got a huge 3-pointer from Wesley Roberson to quickly make it a single-digit deficit.

But every time the Warriors had a big play, the Jaguars answered right back.

After Roberson’s 3-pointer, Turner hit a layup and Zach Gray made a 3-pointer of his own to give the Jags their largest lead of the game at 34-21.

Adolphus answered with a 3-pointer of his own, and from there, the deficit for the Warriors fluctuated between seven and 10 points the rest of the period, before Hunter Herritt hit a shot from beyond the arc in the final seconds of the frame to put the Jags in front 41-31 going to the final quarter.

The Warriors, however, had a couple of runs in them down the stretch to make it interesting.

Shortly after, however, the Jags got back-to-back 3-pointers from James and a steal from Josh Harrington that eventually led to a Turner layup and a 51-38 advantage.

After that quick 8-0 run in less than a minute, Thompson was forced to call a timeout.

Out of the timeout, they got another 5-0 run with a put back from Pringle and another 3-pointer from Adolphus.

That trimmed the deficit to eight points with 3:23 to play.

The two teams then traded baskets out of another Thompson timeout, which eventually led to the Warriors getting to within seven points.

That, however, was as close as they got the rest of the way.

Spain Park used a 3-pointer from James plus an and-1 from Turner to spark an 8-5 run to finish the game.

Thompson was led by Pringle with 15 points, while Roberson chipped in 14. Thompson hit 11 3-pointers in the game.