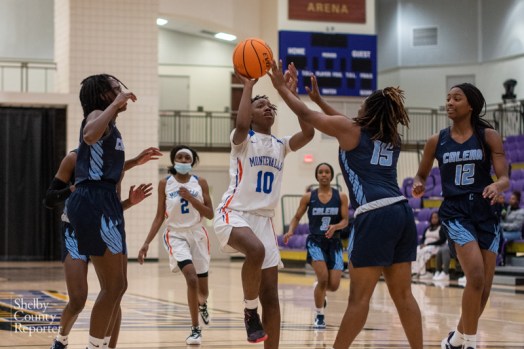 Montevallo's girls basketball team was able to pick up a thrilling rivalry win against Calera at the University of Montevallo on Dec. 7. (Reporter photo/Keith McCoy) 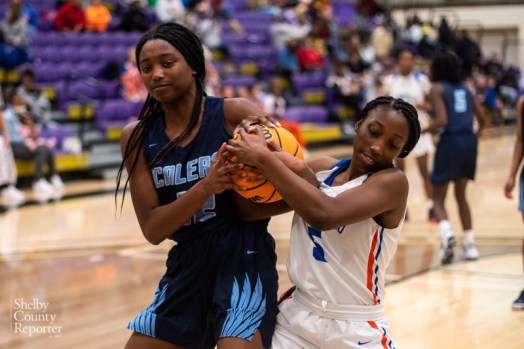 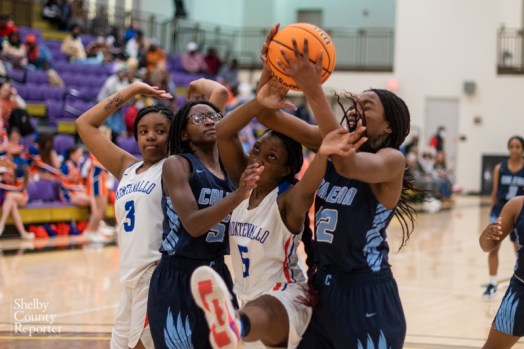 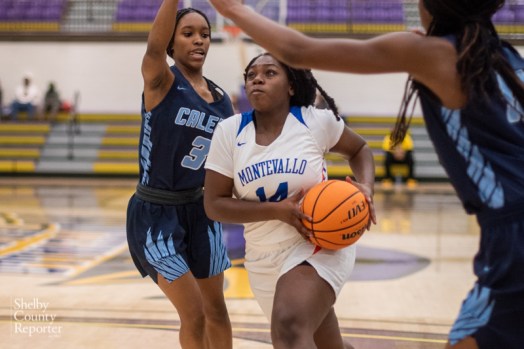 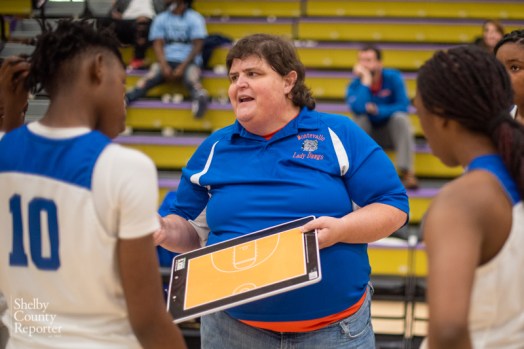 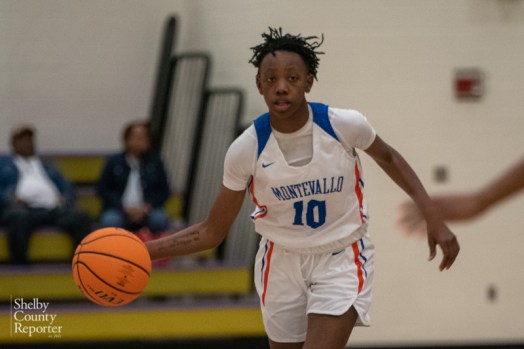 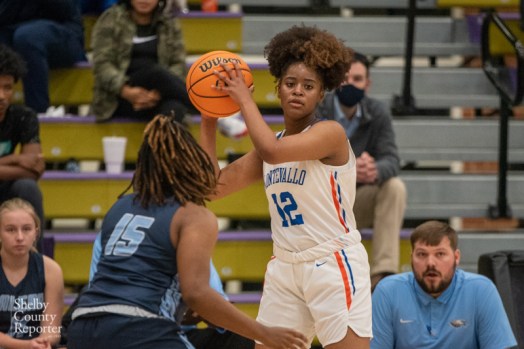 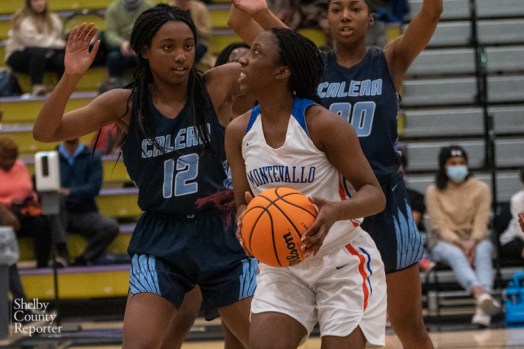 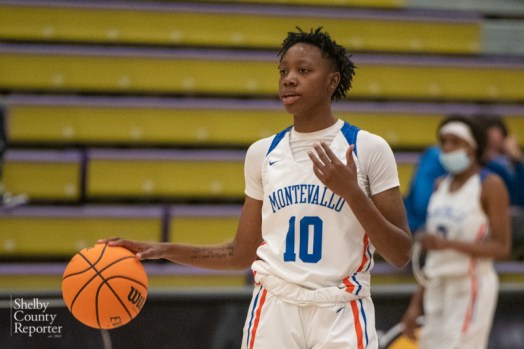 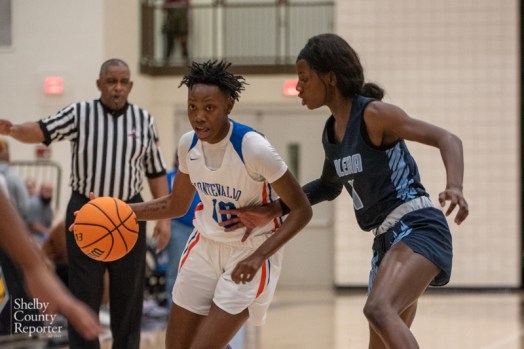 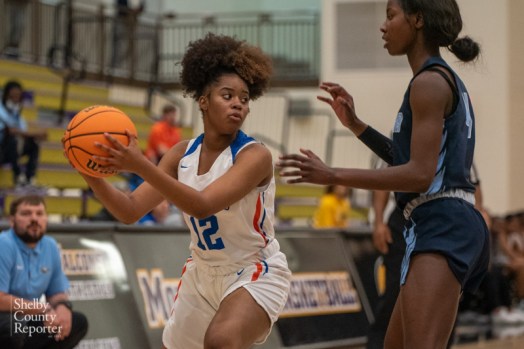 MONTEVALLO – The Montevallo Bulldogs’ girls basketball team was able to overcome one slow quarter of play on Tuesday night, Dec. 7, to pick up a thrilling overtime victory against rival Calera on the campus of the University of Montevallo.

And the Bulldogs relied heavily on Jai-Lin Ivory to make it happen.

She totaled 21 of the team’s 42 points, including three of the team’s five points in overtime to make the difference in a 42-40 victory.

Going into the extra period tied 38-38, her three points as well as two from Teasia Purnell were all needed in the tight win.

In addition to their scoring, Calera missed two free throws in the overtime period that also became costly in the final score.

Early in the matchup, it was Ivory who got off to a fast start ad helped Montevallo grab the early lead.

She totaled eight points on two made 3-pointers, while Camille Holmes added one shot as well.

That gave the Montevallo offense 10 points out of the gate, while the Bulldogs started an impressive defensive first half by allowing eight points.

Already a low-scoring game, the game became even more defensive in the second quarter, as neither team could gain much of an offensive rhythm.

Montevallo’s only points came on a 3-pointer from Ivory, but the Eagles couldn’t take advantage. They scored four, which was only enough to cut the deficit down by one point going into the half.

Both teams responded out of the break with adjustments offensively, which led to a back-and-forth third quarter.

It started a compelling second half, as the Bulldogs totaled 13 points in the third quarter behind two 3-pointers, a 3-5 mark from the free throw line and two jumpers.

Calera followed pace with four made jumpers and one 3-pointer for 11 points, which put the Eagles down 26-23 going to the final quarter.

The Eagles capitalized thanks to Kaylen Moultrie and Masiyah Jemison. Moultrie had nine points, while Jemison added six. Those two totaled all 15 points for Calera in the fourth quarter, which was just the amount needed to force overtime.

In the overtime period, however, Montevallo was able to make two shots and a free throw compared to a 2-4 mark at the line for Calera’s only points.

Behind Ivory, Siara Kennedy added seven points for the Bulldogs.