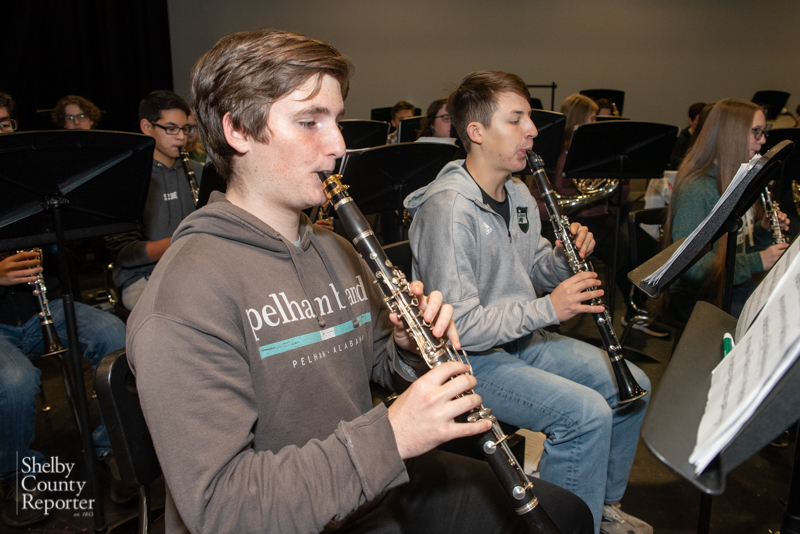 PELHAM – On Saturday, Dec. 11, the Pelham High School Marching Band will perform in Pelham’s first Hometown Christmas Parade. The parade is set to be an full-fledged production celebrating the holiday season with decorative floats, ice skating and a special appearance from Santa Claus.

The marching band is set to perform throughout the parade’s two mile length, and the band’s director Justin Ward said the students have been looking forward to this for months.

“We are very thankful to those who have worked tirelessly to organize the first-ever Pelham Christmas Parade,” he said. “It is so very special to be able to have events where the entire community can come together and celebrate the holiday season as well as our great community. We are even more appreciative that our band program has been asked to participate and lead the parade.”

The band recently made headlines after taking home several awards at the Alabama Marching Championship. They received awards for Outstanding Music Performance, Visual Performance, General Effect and was named Class 6A Champions (first place). Ward said the awards were the well-earned result of months of hard work and dedication from his students, and he said they have applied that same dedication to their Hometown Christmas Parade performance.

The 160 members of the Pelham High School “Green Machine” Marching Band have begun working on a special arrangement of “We Wish You A Merry Christmas” written specifically for the parade.

Ward said one of the main challenges of the parade is making sure the band is prepared to march and play their instruments for over two miles.

“We have no doubt that the outstanding members of the Pelham Band will rise to the occasion and proudly represent our community as the largest single student organization within Pelham City Schools,” Ward said.

Within the past five years the band has performed in the Alabama Bicentennial Parade as well as the St. Patrick’s Day Parade in New York City. Ward said the band is looking forward to sharing their hard work with the community at the parade, and they can’t wait to share the joy and excitement of the holiday season with the Pelham community.

“Pelham is a wonderful place to live and work, and there is no doubt that community events such as this make it even better,” he said. “Parades do not happen that often so they provide a unique performance experience for our students, and they always seem to enjoy these unique experiences and challenges.”