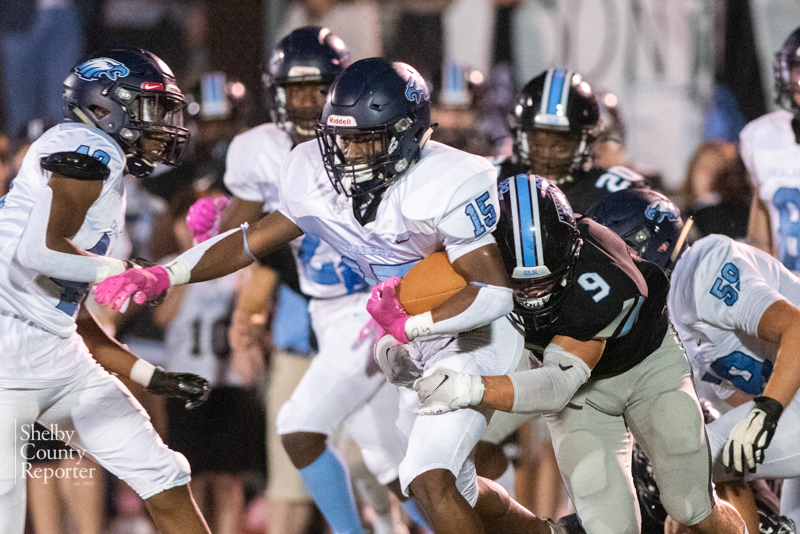 Reclassification was finalized by the AHSAA for fall sports on Tuesday, Dec. 10, with several teams moving classification sin their respective sport. (File)

Outside of Chelsea taking the rigorous leap into Class 7A, there wasn’t much shift in the latest reclassification announced by the AHSAA on Tuesday morning, Dec. 14, but there were some big moves in different regions and areas.

The moves come after the state board of education released numbers following counts earlier this school year to determine the number of students enrolled in each year.

From there, the AHSAA looks at the numbers and forms reclassification—a process that happens every two years for each sport to help create an even playing field.

The changes from the fall sports reclassification period are below:

One of the most difficult regions in the state will look very similar following reclassification with Thompson, Hoover, Spain Park, Oak Mountain, Hewitt-Trussville, Vestavia Hills and Tuscaloosa County all remaining in the region.

The only change came with Gadsden City moving down to the 6A classification and the Chelsea Hornets moving up to the 7A classification. The Hornets add a fourth county team to Class 7A, Region 3 for the 2022 and 2023 football seasons.

With Chelsea moving into Class 7A, that led to a shift in regions for a couple of local teams. Class 6A, Region 3 has featured Benjamin Russell, Calera, Chilton County, Helena, Pelham, Stanhope Elmore and Wetumpka the last two seasons.

However, with the latest shift in reclassification, it will now feature Benjamin Russell, Briarwood, Calera, Chilton County, Helena, Homewood and Pelham.

That puts all four 6A classification teams in the same region, as Briarwood makes the move out of Region 5 following Chelsea’s move up.

That should make for several compelling and important region games throughout the 2022 and 2023 seasons with four local teams battling for four playoff spots and seven teams in the region.

The Shelby County Wildcats will remain right where they were at the start of the day—in Class 7A, Region 3.

The Wildcats, however, will have one less team in the region with the departures of Central-Tuscaloosa and Sipsey Valley. Holtville was added to replace one of those teams. Now, the region will consist of Demopolis, Holtville, Jemison, Marbury and Selma.

Similar to Shelby County in Class 5A, there was little change for Montevallo in the 4A classification.

The Bulldogs will remain in Region 3 and will be joined by American Christian, Bibb County, Hale County, Holt, Sipsey Valley and West Blocton. The big changes come from the additions of Hale County and Sipsey Valley.

Hale County moves up from Class 3A, while Sipsey Valley is down from the 5A classification.

The Vincent Yellow will remain in the 2A classification and in Region 4, but they’ll be up against several new teams and had some of their toughest competition move to a different region.

The Jackets will be in the same region as B.B. Comer, Central Coosa, Fayetteville, Isabella, Ranburne, Thorsby and Woodland. The big changes to the region include the losses of Lanett and Lafayette to Region 3.

The region, however, will have four teams with winning records from last year and five who made the playoffs (Woodland in Class 1A). 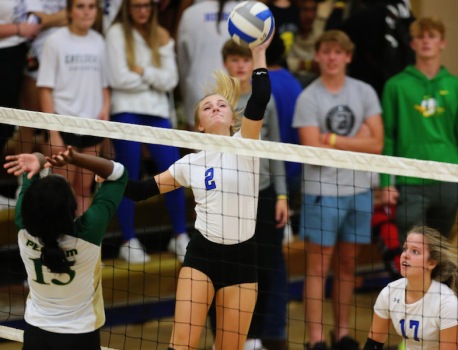 This area was one of few that had no changes during this year’s reclassification in any sport. Thompson will remain the lone county team in the area and will join Hoover, Tuscaloosa County and Vestavia Hills.

Three of the county’s Class 6A teams will be in the same classification when the 2022 season gets here, as Briarwood, Helena and Pelham will battle with another strong championship contender in John Carroll.

It marks a slight shift for the three teams, as Briarwood moves from Area 9, which featured Chelsea, Homewood and Mountain Brook as one of the state’s most difficult, while Helena and Pelham move from area 6, which featured Calera and Chilton County.

Now, the three county teams will join together in Area 8 with John Carroll in the mix as well.

Calera will be the odd county team not in Area 8, as the Eagles moved to Area 5 where they should have a good chance to compete for the postseason with just three teams in the area. Calera will join Benjamin Russell and Chilton County in the area.

Shelby County will remain in Area 8 of the 5A classification, with Central Clay and Sylacauga also in the area. Talladega, however, will become a new challenger after replacing Jemison.

Indian Springs made the move down a classification as a private school due to competitive balance. Springs will go from Class 4A, Area 8 with Dora and Fultondale down to Class 3A, Area 7 with Childersburg, Midfield and Tarrant.

Class 2A, Area 9 (Vincent and Westminster)

The Vincent Yellow Jackets and Westminster at Oak Mountain Knights will be in the same area the next two seasons after joining Area 9. Previously, Vincent was in Area 7 with Central Coosa, B.B. Comer and Horseshoe Bend. Now, the Jackets join Westminster’s area also featuring The Altamont School, Holy Family Catholic School and Cornerstone Schools of Alabama. That means Vincent will be the only non-private school in the area. 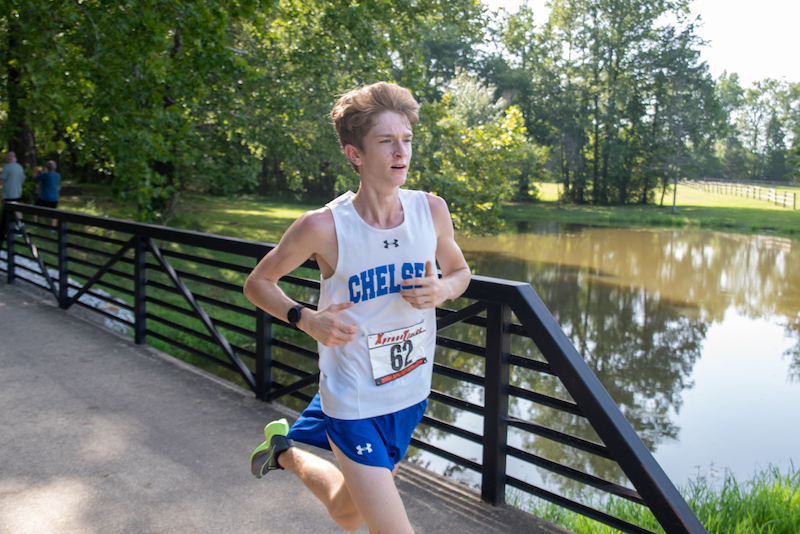 Cross Country will also some slight changes, and in 7A, it starts with Chelsea joining Section 3. The Hornets replace Gadsden City in the section, which also features county teams Oak Mountain, Spain Park and Thompson, in addition to Hewitt-Trussville, Hoover, Tuscaloosa County and Vestavia Hills.

In the 6A classification, Calera, Helena and Pelham will all be in Section 3. It marks a shift for the Panthers, who were previously in Section 4 along with Briarwood, while Calera and Helena remain in the same section. The section also includes Brookwood, Central-Tuscaloosa, Hillcrest-Tuscaloosa, Hueytown, McAdory, Northridge and Paul Bryant.

Briarwood will remain in Section 4 and will compete against Parker, Gardendale, Homewood, Minor, Mountain Brook, Jackson-Olin, Shades Valley and Woodlawn.

The Shelby County Wildcats will remain in Class 5A, but they’ll be moving from Section 3 to Section 2. In their new section, the Wildcats will compete against Beauregard, Brewbaker Tech, Central Clay, Demopolis, Elmore County, Holtville, Montgomery Catholic, Sylacauga, Tallasee and Valley.

Westminster at Oak Mountain’s cross country and track and field teams have both had years of success, which has led to the Knights moving up to the 5A classification due to competitive balance. Westminster will be in Class 5A, Section 3 for the next two seasons, which includes Alexandria, American Christian Academy, Carver, Jasper, John Carroll, Leeds, Lincoln, Moody, Pleasant Grove, Saint Clair County, Southside Gadsden, Springville and Wenonah.

In the 4A classification, Montevallo will move from Section 1 to Section 2. The Bulldogs will compete against Bibb County, Cordova, Corner, Curry, Haleyville, Hamilton, Northside, Oak Grove, Sipsey Valley and West Blocton.

Spain Park, Westminster perform well at Under the Lights…