The year of 2020 was a difficult and challenging one for many, so when the opportunity arose for Chad Leverett and Rick Wash to give back to their community in 2021, they jumped on it. 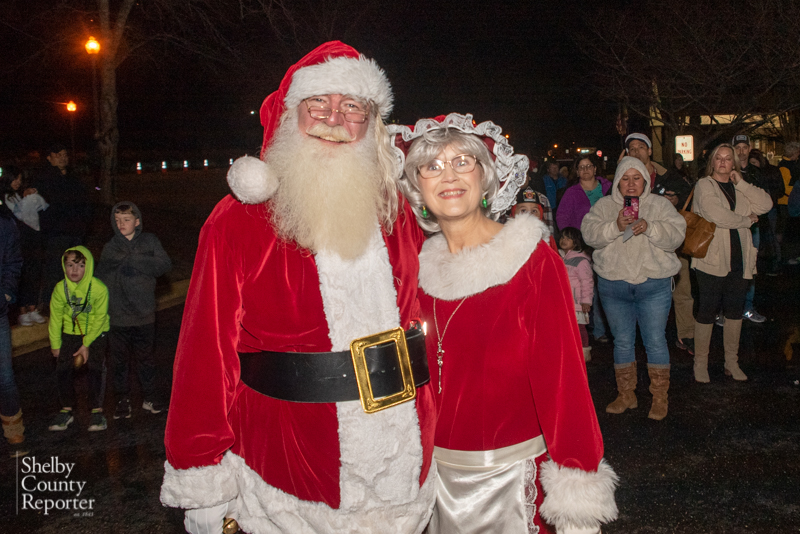 The year of 2020 was a difficult and challenging one for many, so when the opportunity arose for Chad Leverett and Rick Wash to give back to their community in 2021, they jumped on it.

The two of them worked together, alongside others, to put together Pelham’s first-ever Christmas parade on Saturday, Dec. 11—a moment that was emotional.

Leverett admitted, that as he looked out to see thousands of people looking on at the many floats in this year’s parade, he couldn’t help but get emotional.

It was a historic moment to behold, and one that helped usher in the Christmas and holiday spirit.

Leverett estimated that 7,000 watched the parade, while close to 3,000 attended the event after for ice skating at the Pelham Civic Complex.

To see the joys and smiles of families gathering to watch as floats paraded through town to the tune of Pelham High School’s marching band, it was truly a special moment to behold, and one the city of Pelham and its residents deserved.

It also made the city one of many in the county to now have a Christmas parade, as Alabaster, Calera, Chelsea, Columbiana, Wilsonville, Montevallo and Vincent have all had parades or will have one before Christmas day.

The best part of these events, and what made it so emotional for Leverett and Wash in Pelham, is the togetherness of the families.

We don’t have a glimpse into each other’s lives, but in that moment, you see smiles on the faces of families. In that moment, all of the stresses seem to go away.

There is not battling people for presents, no worrying about what to get the kids, no sitting inside on your phone scrolling endlessly through social media, no working.

There is simply joy.

It takes a lot each year for these communities to put on such special events, but it is worth every second of the work to see what it means to the community.

It exemplifies what the holiday season is about, which is honoring something greater than ourselves and spending time with our families.

From the Shelby County Reporter, we wish you a merry Christmas and happy holiday season.