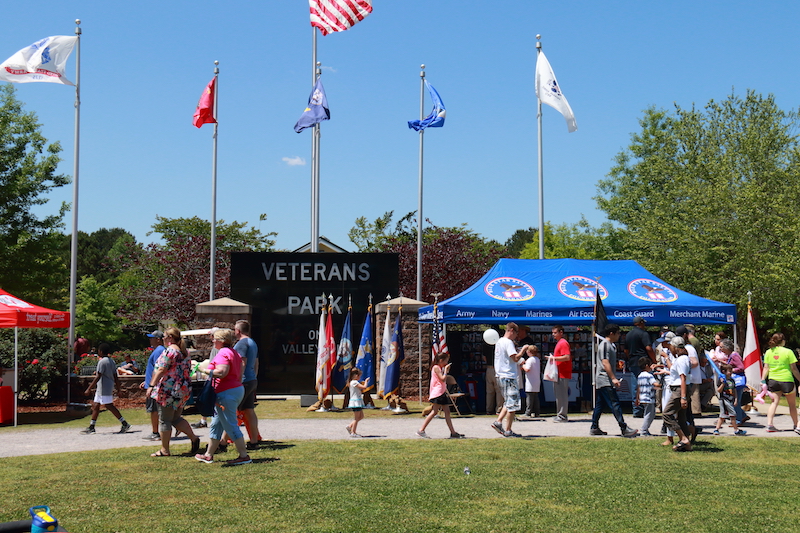 The city of Hoover has launched its “Love to Live in Hoover” marketing campaign, and residents are invited to take photos with 3-foot hearts placed at Veterans Park and other prominent locations throughout the city. (File)

HOOVER – The city of Hoover recently unveiled its “Love to Live in Hoover” celebratory marketing campaign in recognition of being named the Best Place to Live in Alabama by the financial news and commentary website, 24/7 Wall St., in summer 2021.

“I’ve always thought Hoover was the best place to live in our beloved state for many, many years,” Hoover Mayor Frank Brocato said. “But to have a publication that studies cities and states deem that same sentiment – it is an honor.”

“It’s truly a great day for the city of Hoover,” Stephens said of the designation. “Today didn’t happen by accident. It required leadership both past and present.”

Stephens said the designation came by hard work, cooperation, good governance and with a sense of community, and added, “If you don’t have that and working together, it’s all for naught.”

Each heart contains a small caption describing the designation, and residents are encouraged to take selfies in front of the hearts and post them to a campaign Facebook and Instagram page titled “Love to Live in Hoover” using the QR code found on each heart.

The Dec. 17 announcement ended with the release of 30 blue, heart-shaped balloons and refreshments.

“This is a reflection of the wonderful people who live here, the amazing businesses that choose to operate in our city, our amazing school district and our dedicated city employees,” Brocato said. “As mayor, I could not be more proud of who we are as Hoover. I can honestly say – I love to live in Hoover.”