Walking around the lake at Camp Hargis during July 2019, Aaron Knight had tears streaming down his face.

Emotionally, the local pastor at Chelsea’s Redemption Church had been crying for days watching those in attendance at a summer youth camp give their lives to God. But on his 45-minute walk around the retreat, after watching one girl get up front of everyone to say she made the decision to give her life to Jesus and then watching them all leave, Knight’s emotions were at an all-time high as he took in the serenity around him.

That’s when he knew he had to do something to save the Christian camp that had made its way into the lives of many since 1965.

“I knew, in that moment, the Lord was going to save it,” Knight said. 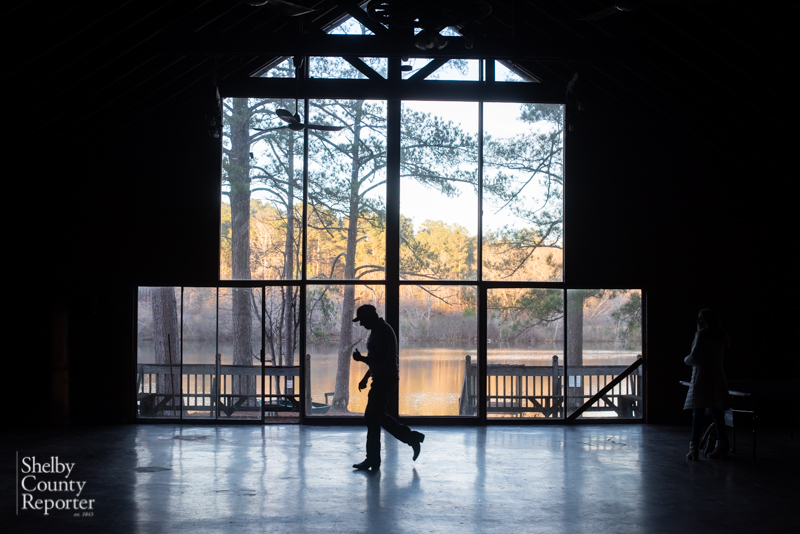 Later that week, with Chick-fil-a biscuits, a card and a letter in hand, Knight entered Doug Eddleman’s office in Mountain Brook hoping to maneuver his way into speaking with one of the state’s top real-estate developers.

Eddleman, the president of Eddleman Properties, Inc., had purchased the near 200 acres that housed Camp Hargis in January 2019.

The YMCA, which had run the camp since 1999 when it bought the land from a local church, leased it through August 2019 before turning over the reins after Labor Day.

At that point, it was unclear what would happen to the camp and land moving forward.

“In my mind, I had already said ‘Hey, this is going to be probably sold to the developer that is developing real close to this place,’” Knight said. “When you go over the first hill, there is Pine Mountain Preserve, and Doug Eddleman was starting a development right there. I believed it would end up being developed at first.”

But to Knight, the camp meant something more than a future development the more he thought about what God had done on the property for all those years.

Not only had his family known the Hargis’s and the land owners for a long time, but it was the place he went to talk with God.

It is where he married his wife, Kellie Knight, and the place he would go to worship in the tranquil scenery.

Knight went out daily to pray for the property and its future during the final nine months of the YMCA’s lease.

“When I first received the news in October 2018 that it was going up for sale, I just wanted to save my prayer spot beside the lake and possibly build a house there.” Knight said.

Then, about a month into that process, he went out for his daily prayer and saw kids out playing and enjoying the camp, while worship music was blasting out of Cannon Hall.

“The Holy Spirit swapped things around on me,” he said. “I’ve heard God tell me to do crazy things before, and I’ll usually step out and do them. That’s probably why he tells me because he knows I’ll do it. I was out there one day, and he just whispered this in my spirit as I was praying, “Don’t build a house, save the camp.’”

Knight joked that at first, he thought it was the dumbest thing he had ever heard. He didn’t know how it was possible.

“I had X amount of money in the credit union up the street, and that is not going to cover it,” he said. “Like, not even close.”

But as Knight continued to go to the camp to pray, the Lord continued to send signs, including a detailed memory of kids studying the book of Daniel in a gazebo as he passed them on his way to pray.

“Over the three years of believing for the camp, God gave me firm confirmation that He was in it,” Knight said. 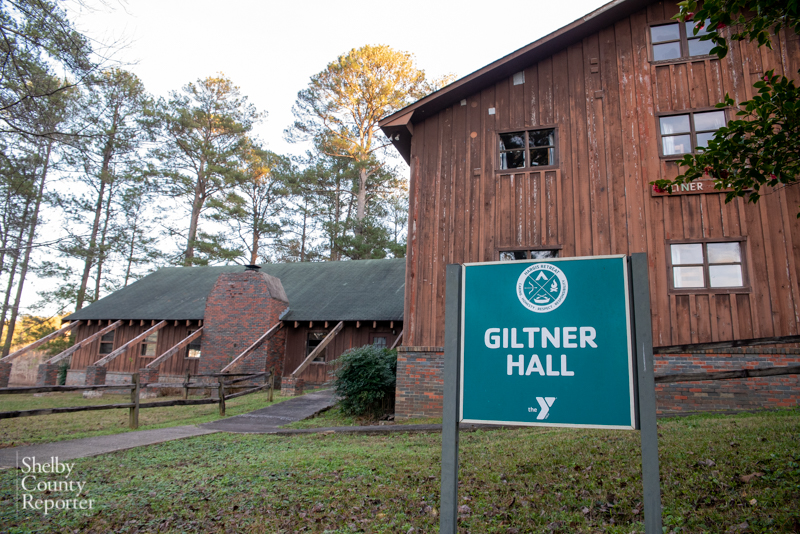 Eventually, all the time on the property in prayer, and even cutting the grass for three consecutive summers, it became clear on that summer day in 2019 when he saw all the young people drawn to the Lord.

That’s when Knight started his bi-weekly trips to the office.

Trusting in God’s message to him, Knight alternated biscuits and other food every two weeks to show his passion for the property.

“I didn’t know how I was going to get a meeting with Mr. Eddleman so I did the only thing I knew to do. I went to his office every other week with food, gifts, letters, scrap books and cards,” Knight said.

Then, the phone call came.

“After 10 months of that, I finally got a meeting. When we sat down, Mr. Eddleman informed me that the reason he hadn’t reached back out was because he needed to wait till a time when he could sit down with all the other parties who were interested in the camp as well,” Knight said. “To only be fair to everyone. He was incredibly nice and has always taken a lot of time with me in our meetings. He loves the camp and wants to see Hargis flourishing again. He never bought the camp with the intent to tear it down. If anything, him purchasing it actually saved it. He loves Chelsea and he loves Hargis. He’s a good man and I’m glad to have met him.”

That day, the two met at Applebee’s in Chelsea and talked two hours to get to know each other and talk about the possibilities with the property, while a number was proposed for the sale and purchase.

Then, about a month later, Knight was working out at a local gym when he got a text from Eddleman.

“I opened it up and saw the price, and it was $2.2 million,” Knight recalled. “I was like, ‘Oh, God, I must have heard you wrong on this whole thing, I’ve been believing for a year-and-a-half. I went back to working out and said, ‘Alright, God, I didn’t hear you right. This is too much.’ But it didn’t take long for the Holy Spirit to remind me that no price is too high for God to handle. This was His property and it was up to Him to buy it.”

The two then met again in September 2020, and like the first meeting, they talked for close to two hours.

“I took my friend Darrel Eidson to that meeting with me since he is an incredible businessman,” Knight said. “It was a good meeting. I met Will Eddleman that day. Super nice guy like his dad. But I felt like we didn’t leave with anything on the table.”

“In March 2021, after over two years of believing, I almost quit,” Knight said. “A friend talked me into going back out there and cutting grass for one more spring and summer. So glad I did. I received a call from Mr. Eddleman in June saying that he wanted to meet again and discuss how to get the camp going. My wife Kellie went with me this time. She is so gifted and administrative. She put together a lease to purchase contract and presented it to Mr. Eddleman. He liked it. It was pretty special for Kellie to be at that meeting because God had put this assignment in both of our hearts together from the start.”

“I am not a fundraiser,” Knight said. “I don’t even call for an offering at our church. I’m not big on, ‘Hey, give me money.’ The Holy Spirit had to remind me that, ‘hey, this isn’t yours, it’s mine. They’re not giving to you, they’re giving to me.’”

And that’s what the camp is designated as. In the bylaws, it is a nonprofit Christian camp and has to remain that way, eventually transferring hands to someone else if Knight isn’t there to run it.

Knight got out of his comfort zone and reached out to businesses in Chelsea, many of whom had memories of Hargis themselves, looking for those who wanted to be a part of saving the camp.

He wrote 4-5 handwritten letters every night to local businesses letting them know what he needed.

“All of a sudden, people started coming out and saying, ‘Hey, we want to donate. We want to partner with you. We believe in it. We believe the Lord is in it.’”

Instead, the businesses of Chelsea helped Knight raise $235,000 to exceed the necessary down payment.

“It was just people being led by the Holy Spirit,” Knight said.

Now, Knight and his wife can officially start planning events and summer camps, which they are already on top of for this year.

The camp will host fundraiser events and will be open for youth groups, men’s and women’s groups, special needs camps, small groups and much more in the summer of 2022 with renovations already underway.

“More than anything, I hope people go out and use the camp,” Knight said. “That’s what I want. It’s always supposed to have been used for Kingdom purposes and God’s glory. We want to see people come to know Christ there. For marriages to be restored, hope to be rediscovered and for broken lives and hearts to be healed and made whole there. That’s what Jesus is about and there is no place better to do that in than a beautiful camp environment.”

Now, more than two years since he walked the grounds consumed in tears because of what he witnessed, he’ll now have the chance to continue changing lives through a camp that has touched many in its 57 years. 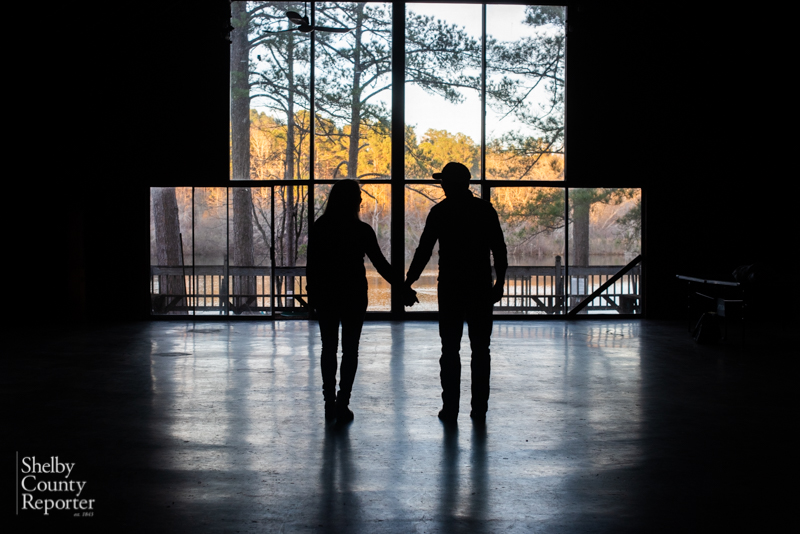 There are several ways to help.

“We have been asked how people can help. There are 14 buildings that all need renovations,” he said. “We need boots on the ground helping to rebuild and remodel. If you have a church group, group of friends or just your family and want to help, we have a project for you.”

In addition to helping renovate the camp, monetary donations are needed as well.

“We need to raise 1 million dollars by December 31,” he said. “We are asking people to partner with Hargis at least for the first two years to save it. You can donate through our website at Hargischristiancamp.org. It would be great to get 1,000 people to commit to a reoccurring monthly donation of $50. That’s only $600 per year. But to us, at 1,000 people, that is $600,000 this year and would go a long way toward the million needed and would help with costly renovations.”

There is a donate button at the camp’s website to help with those needs. You can also give through the camp’s PO Box at PO Box 226 Chelsea, AL 35043 by making checks payable to Hargis Christian Camp.

You will receive a letter of donation for your taxes whether you give reoccurring or via check.

“Even if you don’t give, please pray,” Knight said. “Together, with Him, we will Save the Camp!”