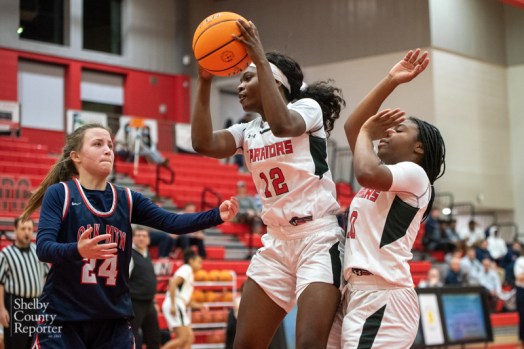 Thompson picked up an area win against county rival Oak Mountain on Thursday, Jan. 13 to improve to 2-1 in area play. (Reporter photo/Keith McCoy) 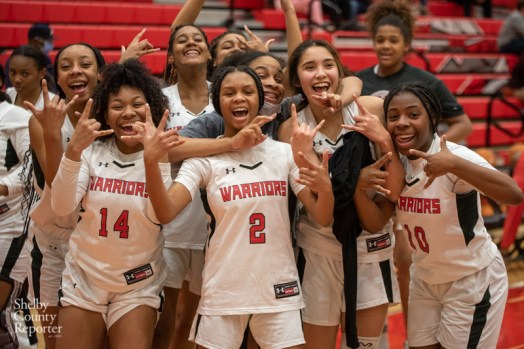 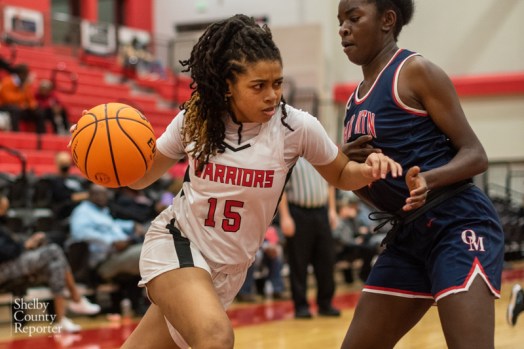 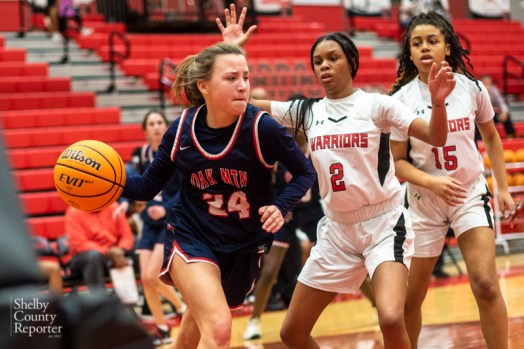 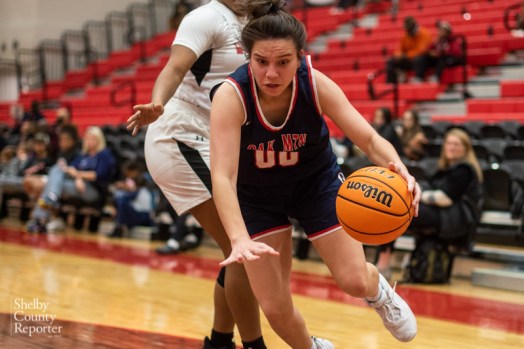 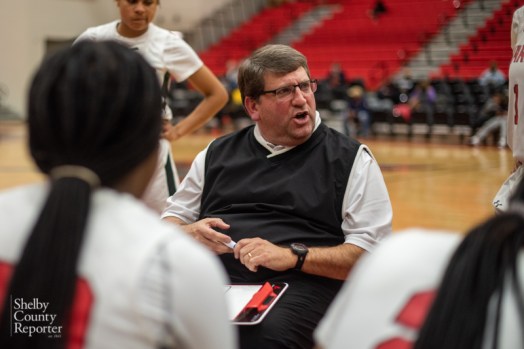 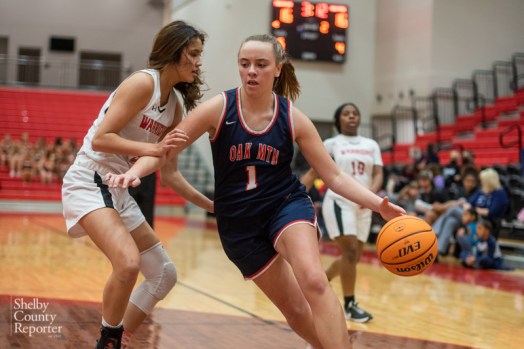 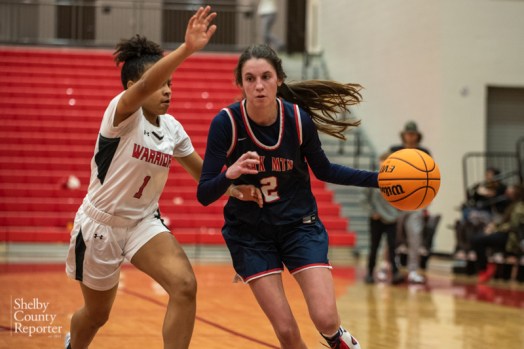 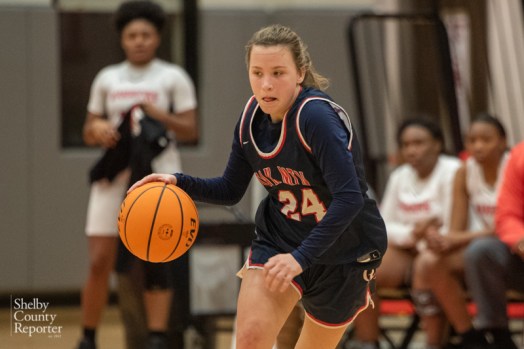 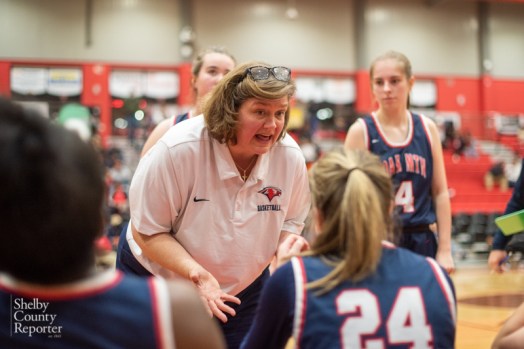 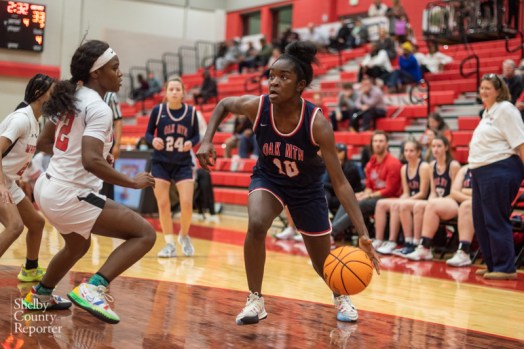 ALABASTER – Behind a 7-2 run to end the game, the Thompson Warriors improved to 2-1 in area play on Thursday night, Jan. 13 with a win against county foe Oak Mountain.

The Warriors trailed 31-29 at the five-minute mark, but they responded with six points over the next few minutes, all from Alecia Reasor and Karlyn Oden.

That put them up 35-33, while Oak Mountain turned the ball over on back-to-back possessions and missed a layup in the final seconds as Thompson added one more free throw to close out a 36-33 victory.

With the win, Thompson won its second consecutive area game to improve to 2-1 in area play, while the Eagles fell to 1-2.

Thompson started fast in the opening quarter, kicking off a balanced attack with five different players scoring in the period.

The Warriors got four from Reasor, a 3-pointer from Maliyah Green and jumpers from Oden, Dasia Hunyh and Natalie French to total 13 point in the frame.

The Eagles, however, weren’t too far behind thanks to Abby Gordon kicking off a strong night with four points, while Lauren Schuessler added a 3-pointer and Raegan Whitaker went 2-4 from the free throw line.

With that, Oak Mountain started a consistent first half with nine points to stay within four points going to the second quarter.

The Eagles followed that with their best offensive quarter of the night, totaling 11 in the second period behind five points from Gordon, four from Vica Hood and two more from Schuessler.

With that, Oak Mountain also turned up the pressure defensively, limiting Thompson to eight points on two made shots in the quarter.

But the Warriors had still done enough to hold a tight one-point lead at 21-20 going into the halftime break.

Out of the half, it turned into a defensive showdown between the two teams, as shots became tough to come by.

In the third quarter, the two teams combined for six shots, each making three and totaling seven points.

That kept Thompson in front by one at 28-27 going to the final quarter of play.

Oak Mountain, however, was able to claim the lead early in the final quarter with a quick 4-1 run to jump in front 31-29.

From there, the Warriors went to Reasor, who took the ball strong to the basket to tie the game at 31-31

Whitaker answered back with a layup to give Oak Mountain the lead at 33-31 with 4:55 to play, but those became the final points of the game for the Eagles.

Thompson capitalized with an Oden layup followed by a Reasor layup to jump back on top 35-33.

Then, the Warriors turned to their defense, with 1:15 left, forcing consecutive turnovers from the Eagles to close out the win.

Thompson had eight players score in the win with Reasor leading the way thanks to 10. Green finished just behind with nine for the Warriors.

Oak Mountain got 12 from Abby Gordon and 11 from Schuessler in the loss.