We are stronger now 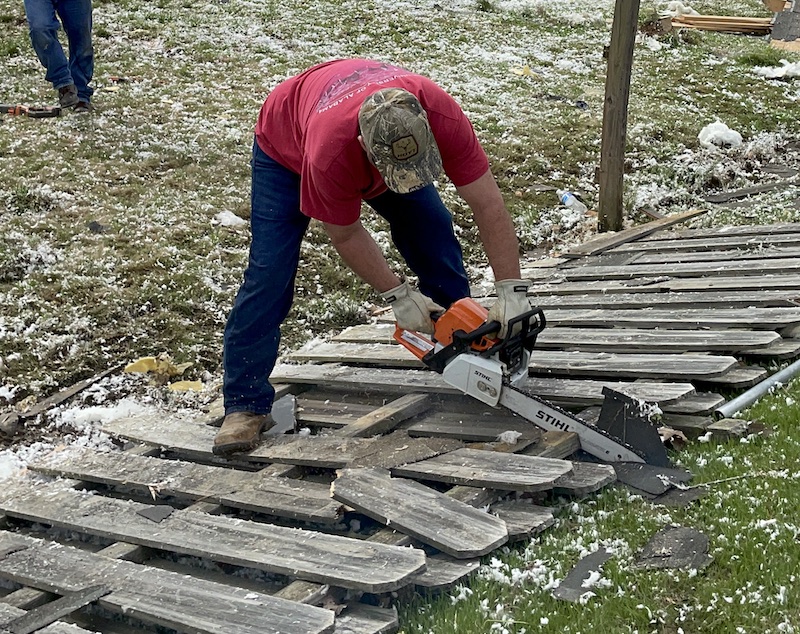 When my coworkers and I started gathering information for our stories about the anniversary of the tornadoes on March 25, 2021, I could not believe a year had passed since that traumatic day.

For many people in Shelby County, memories of the March 25 tornadoes and the widespread damage they caused will be seared in our minds forever, defying the constraints of time like natural disasters often do. Years from now, we will still remember exactly where we were and who we were with during these storms, as if they happened yesterday.

After working at our office in Columbiana for several hours that morning, I drove home, unpacked my computer and continued to monitor weather updates as conditions worsened and meteorologists advised residents in certain areas to take cover.

The first of two long-track tornadoes that tore through Shelby County that afternoon started in the northwestern portion of the county and traveled through Helena, Pelham, Indian Springs and the Alabama 119 corridor before hitting Eagle Point, U.S. 280, Greystone and Shoal Creek.

Afterward, I remember reading with enormous relief a text from a friend saying one of our other friends, who lives in North Shelby County, made it through the tornado. Her house was damaged, but she and her family were not injured.

It was shocking to see the extent of the damage, from collapsed homes to uprooted trees to downed power lines to debris strewn everywhere. And the threat of severe weather wasn’t over.

Several hours later, another strong tornado made its way through the southern portion of the county, including the Calera, Columbiana and Wilsonville communities.

This time, it was my turn to take cover. Sitting with my husband and our dog in our closet, all I could do was message my family and friends and pray for the Lord’s protection over us and everyone else in the path of the tornado.

To add even more anxiety to the situation, I was almost nine months pregnant with our first child. (Fortunately, he didn’t arrive until that weekend.)

The second tornado passed just a few miles south of us, right over one of my good friends’ neighborhoods in Calera. Again, a huge wave of relief washed over me when she said she and her family were OK afterward. Hearing about the damage they found when they walked outside was heartbreaking, but the best news was they were not injured, and their neighbors weren’t, either.

Beyond the anxiety and fear the day’s weather brought, I also remember the way Shelby County’s residents started to help each other immediately after the tornadoes. First responders continued their efforts to help people in the communities that took a direct hit; local groups sprang into action, organizing donation drives and coordinating relief efforts; and residents pitched in wherever they were needed to help cut trees, clear debris and deliver supplies to neighbors and strangers alike.

Someday, I will tell my son about our experiences that day—and I’ll thank him for holding out a little longer to be born, too. I’ll also make sure he knows how resilient the people of Shelby County are in the aftermath of a disaster.

The March 25 tornadoes damaged some of our communities, but they didn’t break our strong sense of community. If anything, they made our bonds with each other even stronger.