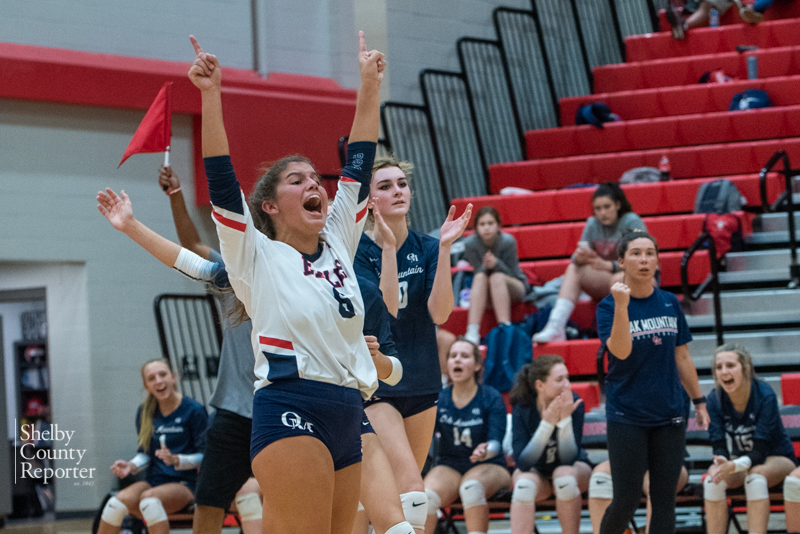 The Oak Mountain Eagles put an emphasis on getting stronger in the offseason to be ready for the battles they’ll face in 2022, and four seniors are ready to lead the way. (File)

The Eagles had a challenging offseason in more ways than one, as they prepare for the new battles of Area 6 state champ Spain Park, Hewitt-Trussville and 7A newcomer, Chelsea.

“The offseason for us this year was very different than any we’ve had the past few years,” Burgess said. “We combined strength and conditioning three days a week, positional skill training, team practices, team camps and competitive play dates. This offseason involved much more competing than in the past.”

That competition in the summer looks to be a significant factor for the girls as they look to take the next step.

A key addition to the coaching staff after the 2021 season also has Burgess excited with the results she’s already seeing among her players.

“This year, our biggest change was adding an outside strength and conditioning coach to our program,” she said. “The growth we have seen in our athletes’ overall athleticism is immeasurable. They are jumping higher, playing the game faster and with more fluidity, and executing at a higher level.”

The Eagles, however, will have some turnover after saying goodbye to several seniors last year, including All-County performers Kathryn Smith and Jayni Thompson.

As Oak Mountain continues to improve on the court, Burgess is encouraged by the leadership she’s getting from her new senior class.

Yet, it isn’t simply the way they lead their teammates on the floor, but the example they set off the court as well.

The future is also something Burgess feels confident in. She will have her pick as several large classes are on deck for the Eagles’ program in the coming years.

“We have a very large junior class so all of our true underclassmen are on our freshman and junior varsity teams,” Burgess said. “We had a very strong freshman class come in along with some transfers, and we are expecting competitive seasons from all our teams. We have a lot of depth across the board.”

As Burgess continues to build up the program and impress her values onto her club, the focus will be on growing fundamentals and perfecting the playbook, but she doesn’t shy away from setting big goals for Oak Mountain.

“Our varsity team goals this season are to find consistency in our level of play and execution, earn a winning record, and ultimately, advance to super regional play to represent our community at a higher level,” Burgess said.

The Eagles have a solid foundation of growing strength, knowledge and leadership as they continue to forge their way in the upper echelon of volleyball in Alabama.