Shelby County improves to 3-1 with homecoming victory over Jemison 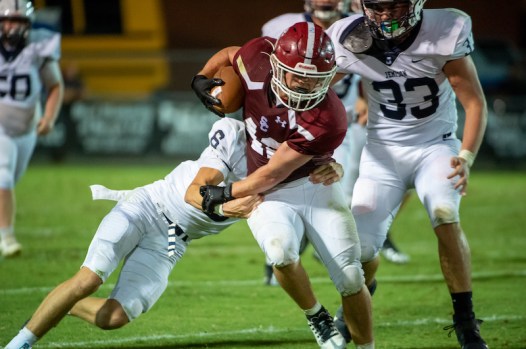 The Shelby County Wildcats picked up a homecoming win against Jemison on Friday, Sept. 9 to improve to 3-1 on the season. (For the Reporter/Larry Dancy) 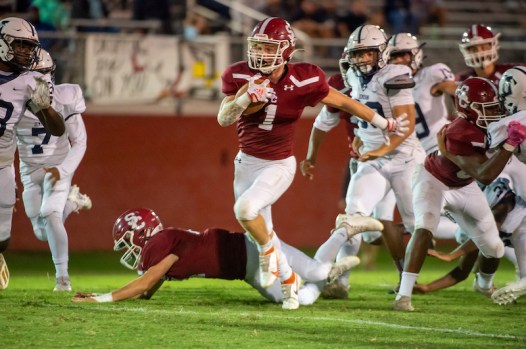 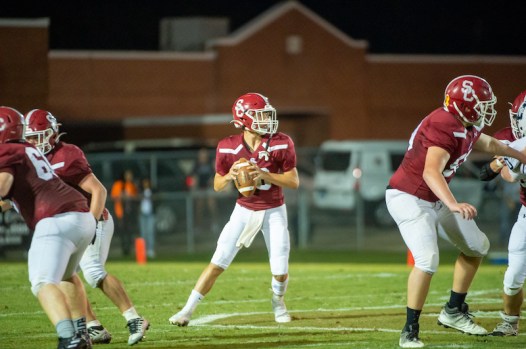 The Shelby County Wildcats will host No. 5 Moody in a big matchup this Friday in Columbiana. The Blue Devils are led by former Chelsea star and Thompson assistant Jake Ganus in his first year as head coach, while the Wildcats, led by Zeb Ellison, are 3-1 overall and coming off a bye week. (For the Reporter/Larry Dancy) 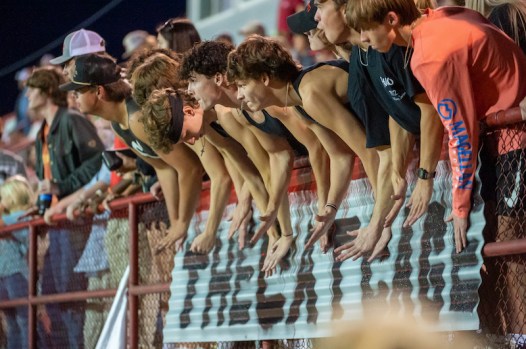 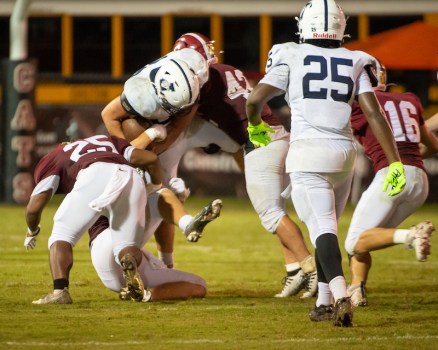 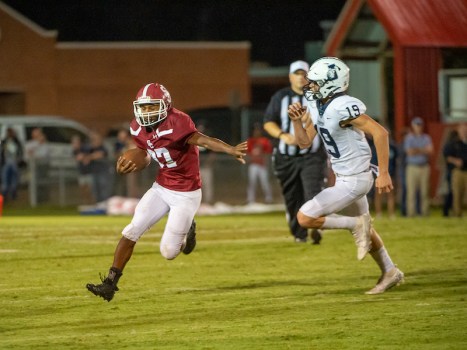 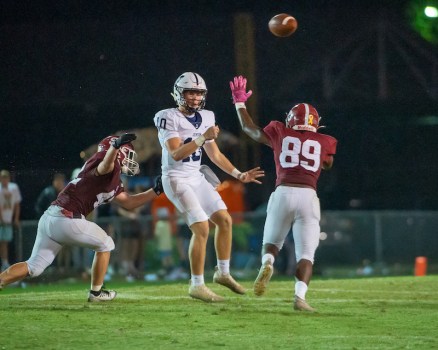 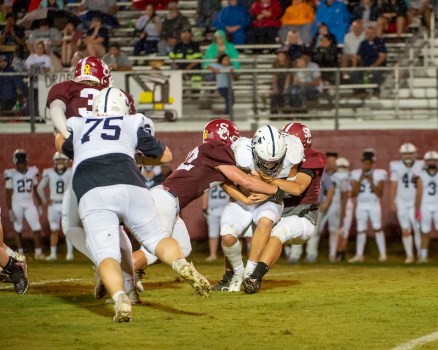 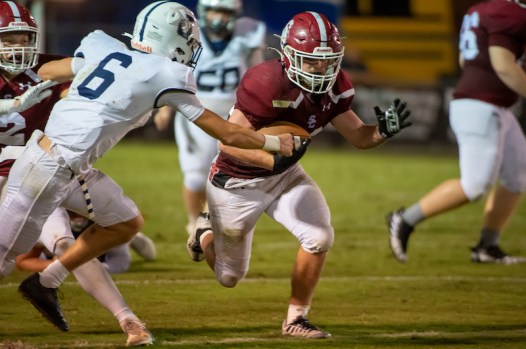 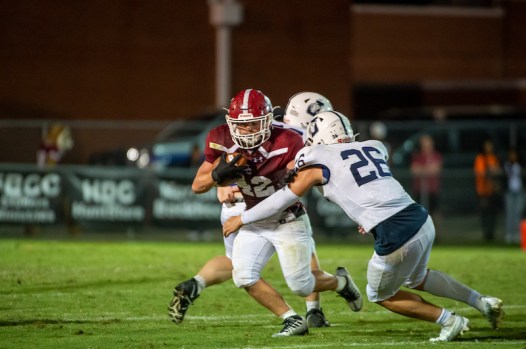 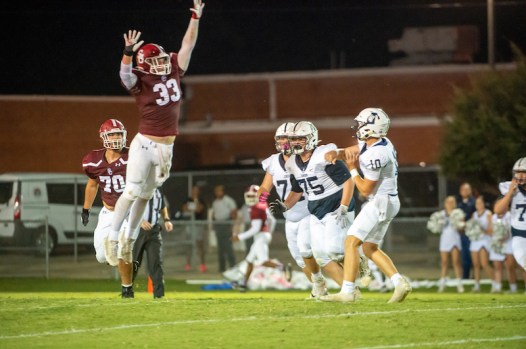 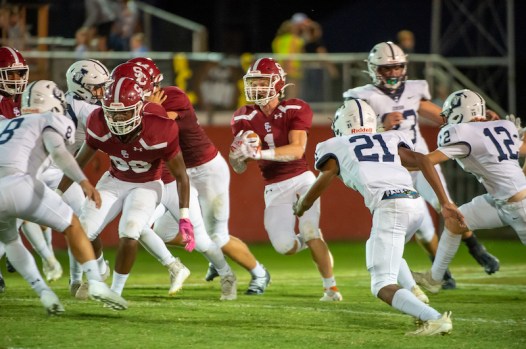 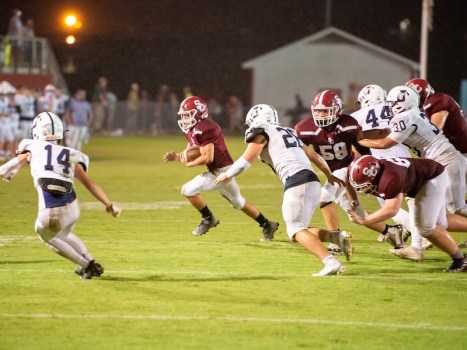 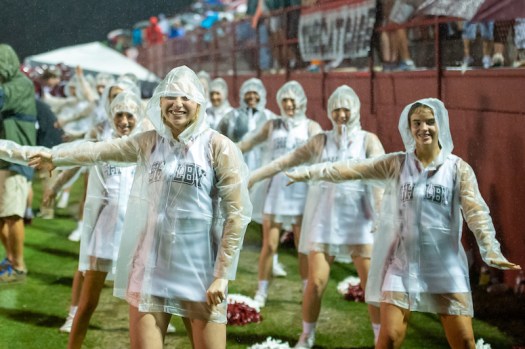 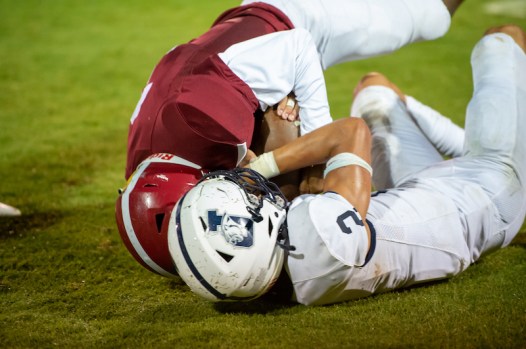 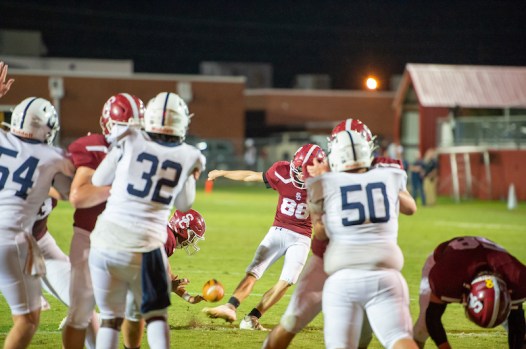 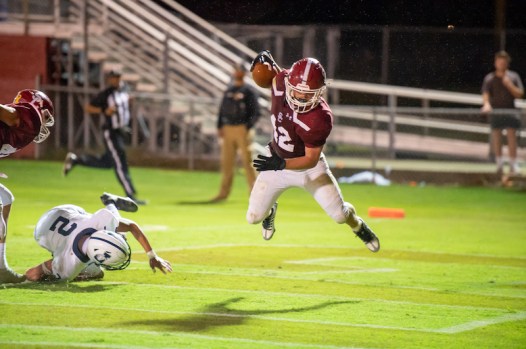 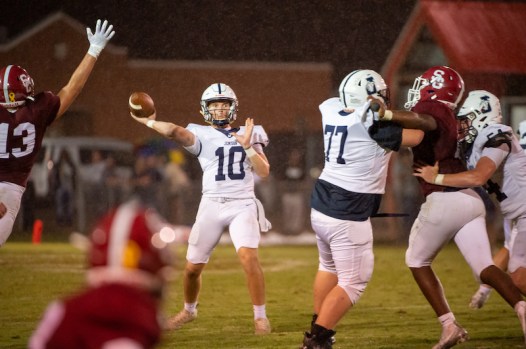 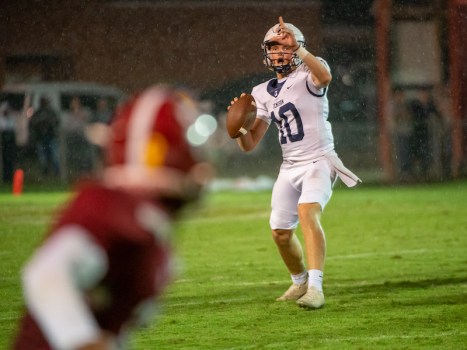 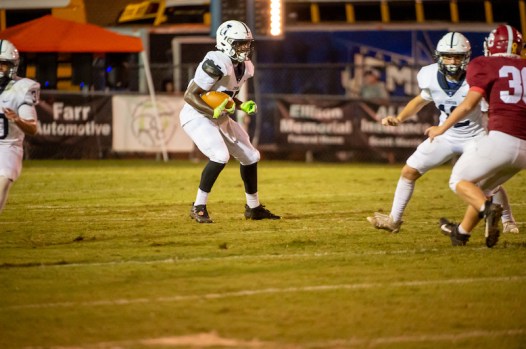 COLUMBIANA – The Shelby County Wildcats improved to 3-1 in a bittersweet homecoming win over the Jemison Panthers (1-2) Friday night, Sept. 9.

Head coach Zeb Ellison said he was proud of how the team played following the previous week’s loss to Holtville, and despite the intermittent rain that affected play in the third and fourth quarters.

“Overall the guys came out and rebounded from a week ago and really cleared some of those mistakes up that we did make,” he said. “It’s just fun to see when that kind of stuff does happen, to see young boys mature into men.”

The Wildcat defense got the team on the board with a safety with 3:02 in the first quarter. Just seconds later, Bradley Horton crossed the goal line to extend the lead to 9-0.

Jemison’s Orlando Mora recovered a Shelby County fumble with 57 seconds left in the first quarter, and the Panthers nearly connected for a touchdown but an offensive pass interference call backed them up to the Shelby County 21-yard line.

An illegal procedure call and incomplete passes resulted in a turnover on downs, but Shelby County punted on the ensuing drive—however, this time the Wildcats recovered a fumble and retained possession.

Shelby County found the end zone again from 19 yards out, and the score was 16-0 at the half. The clock read 4:13 in the second quarter when Carter Sheehan had to leave the game with a brutal injury.

The sad moment was difficult as the Wildcats watched a senior leader in pain, but as he was carted off the field, he gave a thumbs up to his teammates and the crowd. In that moment, the Wildcats got all the inspiration they needed to finish off the game.

“He’s a lot better kid than he is an athlete, and he’s a very very good athlete, but that kid’s character and everything about him, he’s just a great kid,” Ellison said after the game of his inspiration to the team.

Late in the third quarter, Jemison was able to score its lone touchdown of the night when Jaxon Padlo connected with Coden Cummings for a 37-yard touchdown to put the Panthers on the board. The two-point conversion attempt was no good, however.

The Wildcats, however, responded with 11:51 in the fourth quarter with another touchdown via Horton, this time from 28 yards out.

Later in the fourth, the rain continued to take its toll as Jemison’s Tucker Bradford recovered a Wildcat fumble and made it to the Shelby County 9-yard line. But the Panthers would not capitalize, resulting in a 23-6 Wildcat victory.

In all, the Wildcats stacked up 287 yards rushing and 62 yards passing. Horton rushed for 261 yards and Holliman passed for 32 yards.