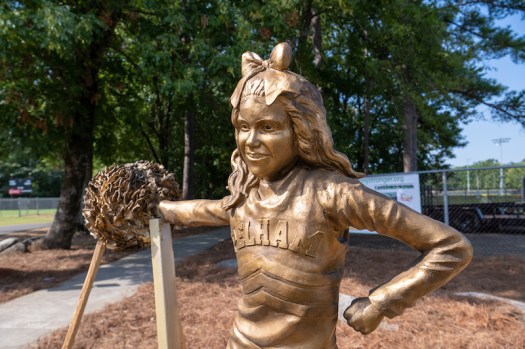 A statue of Destiny Riekeberg was unveiled at Pelham Park on Saturday, Sept. 17 in honor of the 9-year-old Pelham resident who died from a rare form of cancer in September 2020. The resin statue currently at the park will be replaced by a permanent bronze statue. The event included a fun run/walk and is intended to become an annual celebration. (Photos by Keith McCoy) 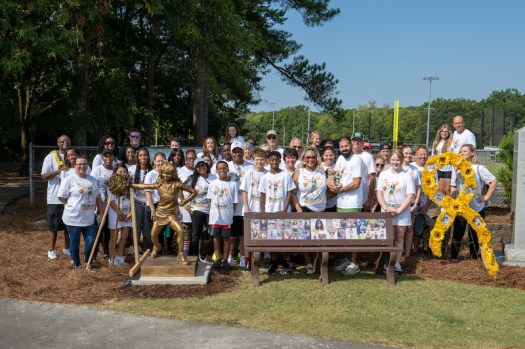 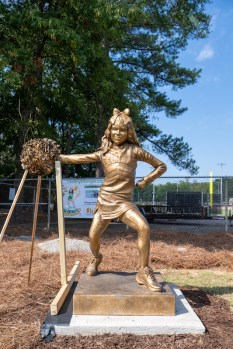 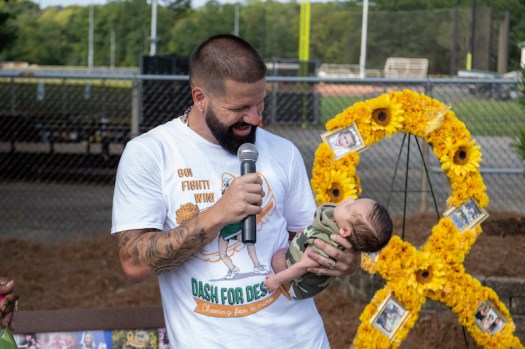 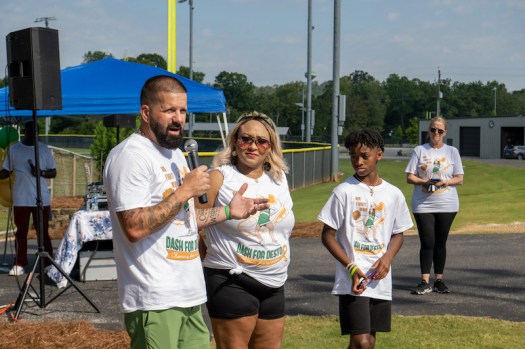 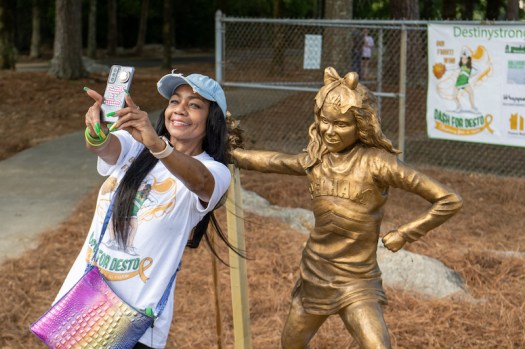 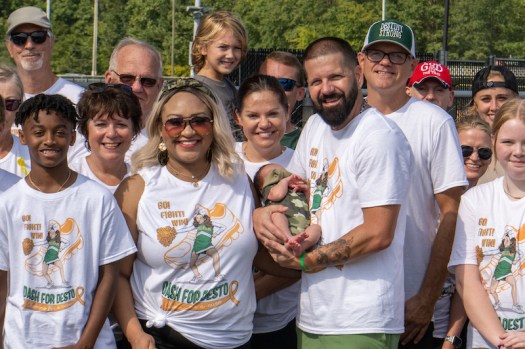 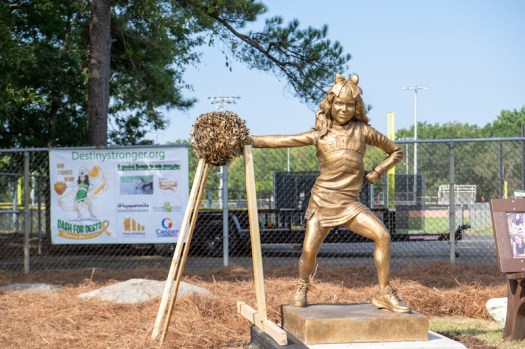 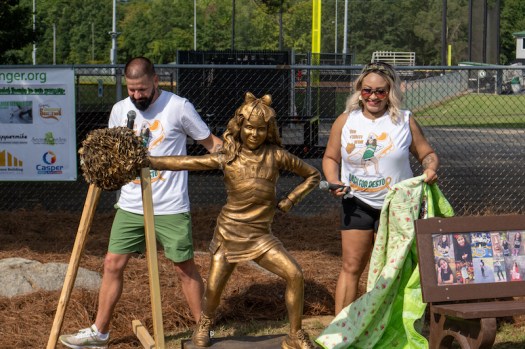 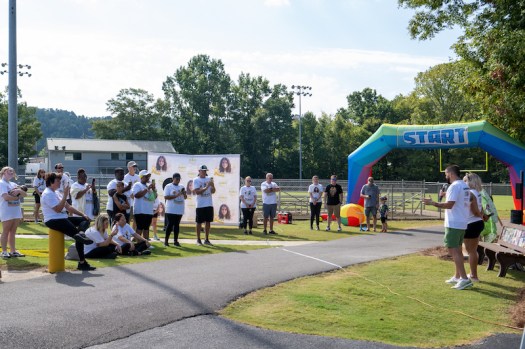 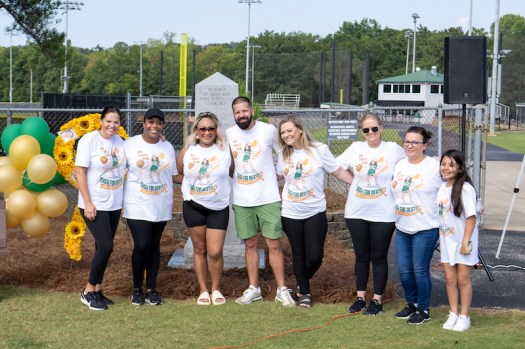 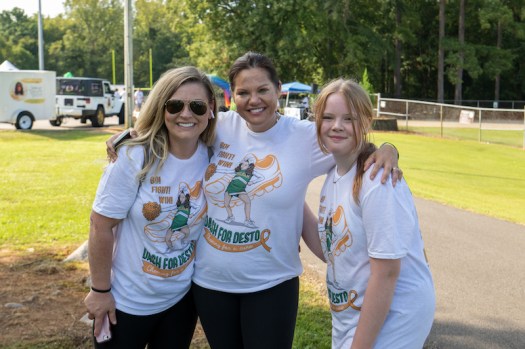 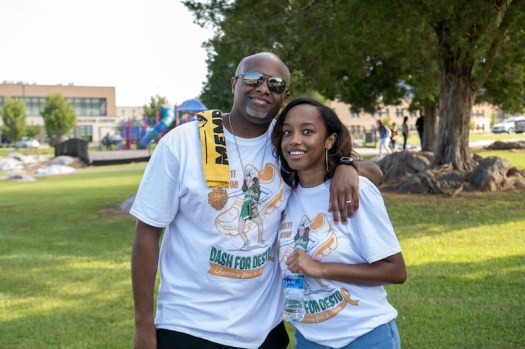 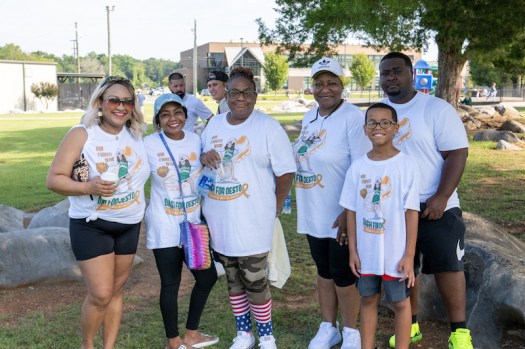 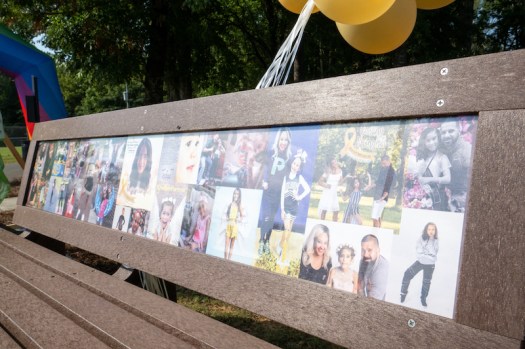 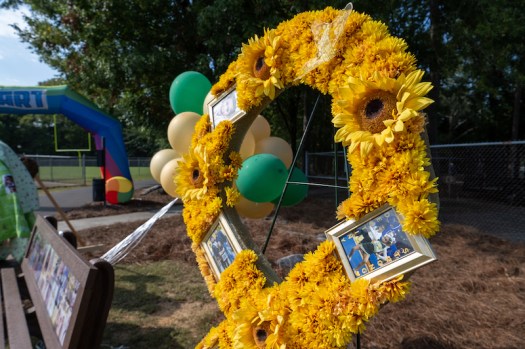 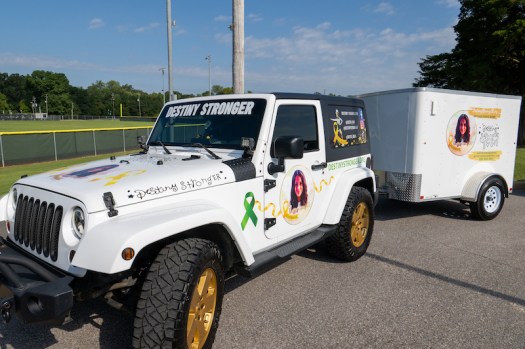 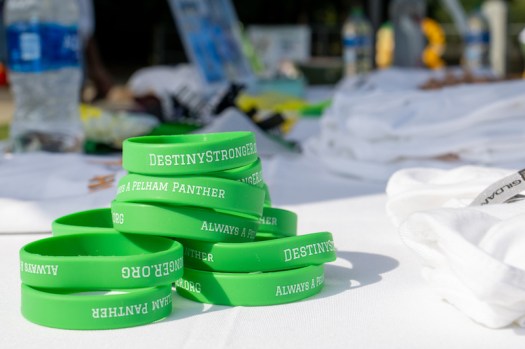 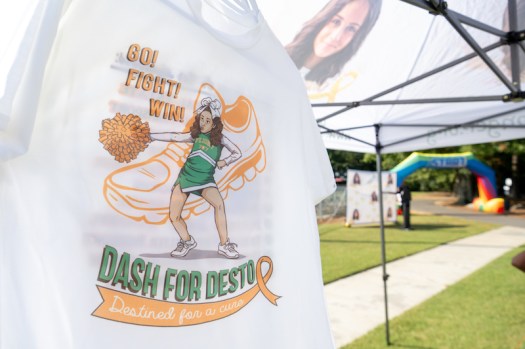 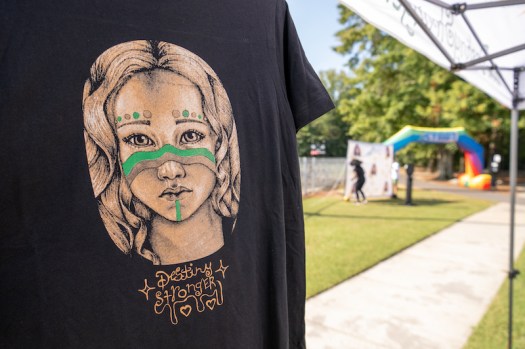 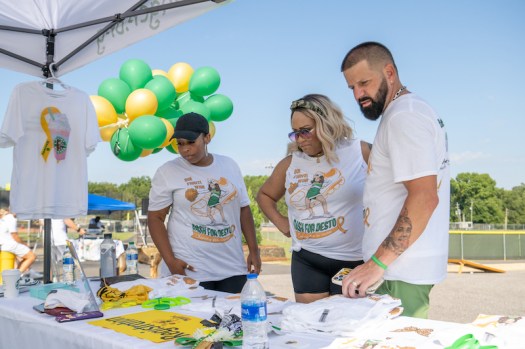 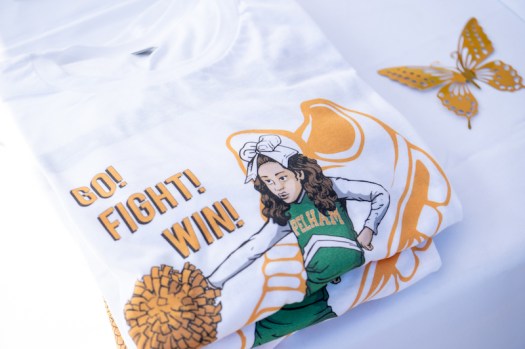 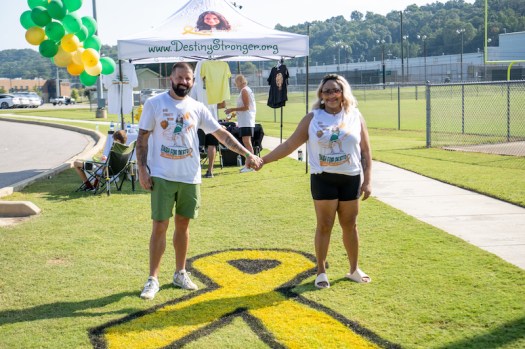 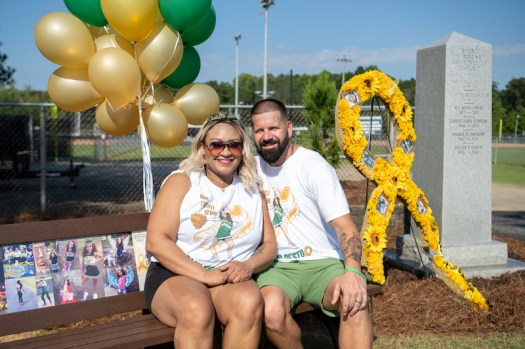 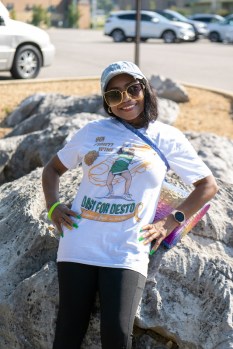 PELHAM — A statue of Destiny Riekeberg was installed at Pelham Park on Saturday, Sept. 17, along with a bench featuring a photo collage of the 9-year-old who has become a hero in the hearts of many.

For those unfamiliar with her story, Destiny died from a rare form of childhood cancer in September 2020, but not before fighting a battle during which she inspired many through her unique and selfless character and bravery.

Saturday’s event coincided with Childhood Cancer Awareness Month and was the first of what will become an annual event in support of Destiny StrongER, a foundation set up to help other families fight the battle of childhood cancer.

“It was just a celebration of life and something that will carry on many years past our lifespan, and just a reminder to not take life for granted and don’t take your kids for granted,” said Dustin Riekeberg, Destiny’s father. “Just a friendly reminder to value the time that you have with them because tomorrow’s not guaranteed for anybody.”

Dustin and his wife, Lacretia, were there with their newborn baby boy, Destin, aka “Deuce,” for the unveiling and dedication of the statue. The statue currently at Pelham Park is a temporary resin statue; it will be replaced later this year by a permanent bronze statue. The bronze version will include a softball bat and glove at Destiny’s feet.

The bench is intended to provide a place for reflection, and the memorial will help spread awareness of childhood cancer and the ongoing need for research and funding to find a cure.

“The memorial statue is to bring awareness to what this disease is doing,” Riekeberg said. “With her being in heaven, it brings a friendly reminder to those in the community to live life. I think Destiny brought a zest for life and family-oriented vibes to the community. Even in our darkest days at the hospital, she still found a way to live joy and have fun.”

Saturday’s event included a family fun run/walk along with music, food and games in the park. Riekeberg said the fun run/walk will be turned into a 10K and 5K as the fundraiser expands in future years.

The Riekebergs thanked the city and everyone who contributed to the event’s success.