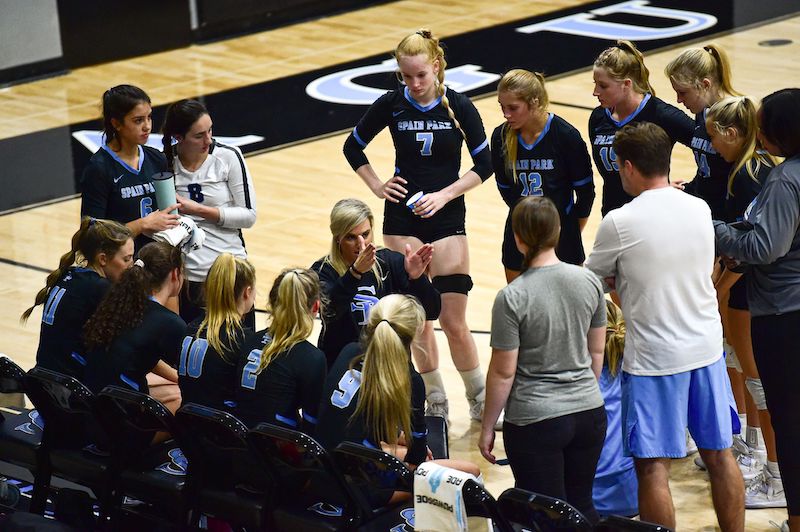 Cutline: The Jaguars host match against the Huskies on Tuesday, Sept. 27. (For the Reporter/Jeremy Raines)

HOOVER – The Jaguars celebrated their senior players on Tuesday, Sept. 27 before beating the Hewitt-Trussville Huskies in a 3-0 sweep.

Spain Park held a significant lead throughout a majority of all three sets. In the first set, the Jaguars never gave the Huskies a chance to catch up. Spain Park won the first match with a 10-point lead, 25-15.

The Huskies attempted to make a comeback in the second set, however, they weren’t successful. The Jaguars continued to hold a lead like they had managed in the first set by winning the set by three points, 25-22.

Spain Park concluded the match by securing their latest victory by winning the third and final set. Hewitt-Trussville was no match for Spain Park after the Jaguars managed to get  a 14-point lead. The final set ended with the Jaguars winning 25-11.

Emily Breazeale led the Jaguars with 15 kills in the match against the Huskies. Megan Ingersoll trailed behind Breazeale totaling 11 kills.

Lily Johnson led the Jaguars with 20 assists and Allison and Breazeale totaled the highest number of receptions for Spain  Park Tuesday evening, having both make 14 receptions.

Spain Park travels to Vestavia Hills for their next match of the season on Thursday, Sept. 29.