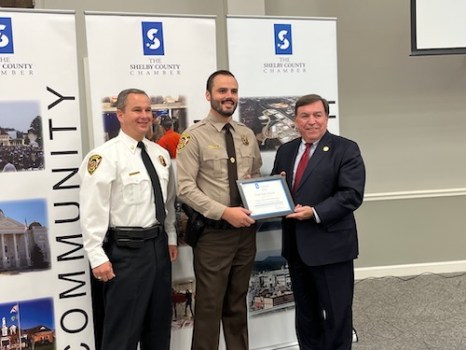 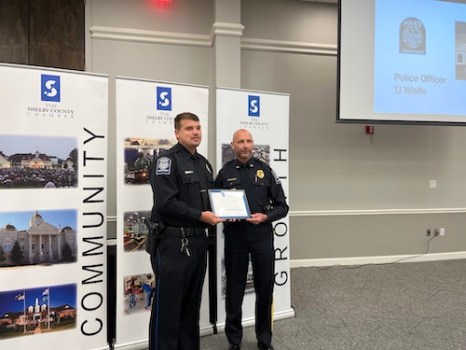 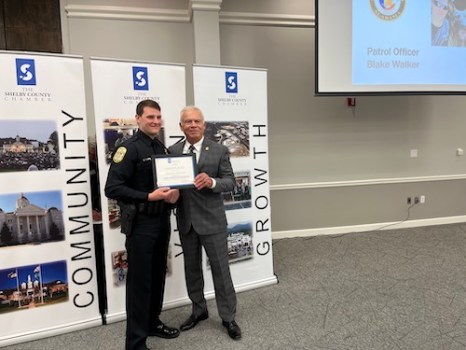 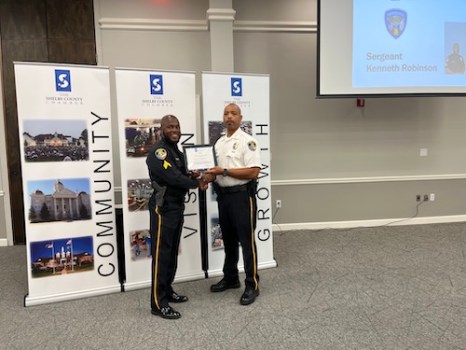 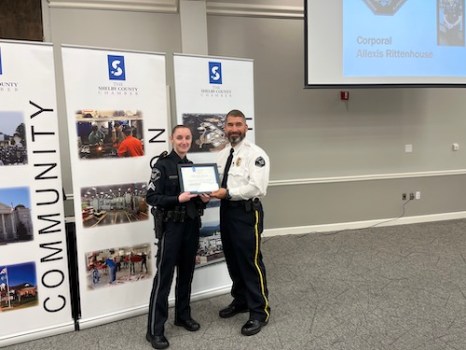 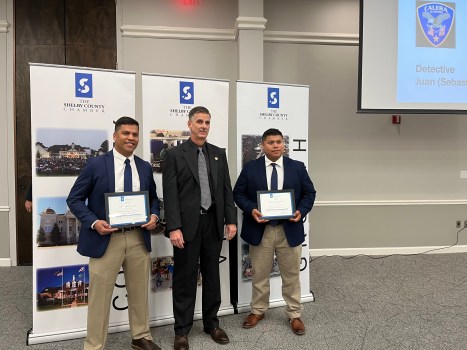 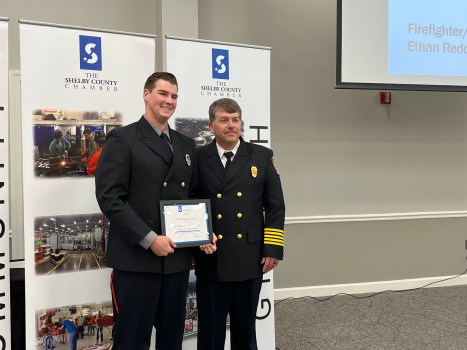 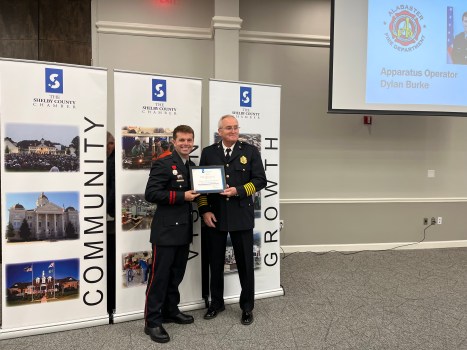 PELHAM – Shelby County showed its pride and appreciation for its first responders by bestowing awards at a luncheon.

A luncheon was held at the Pelham Civic Center Wednesday, Sept. 29 at 11 a.m. to honor Shelby County first responders.

“Josh leads by example,” Hammond said. “He will come to work early, and for him early is on time and on time is late.”

“He has always gone above and beyond,” Samaniego said. “He demonstrates humility, and he never passes a cry for help, nor does he rest in seeking justice for a victim. He is well respected by his peers, and his example of humble service, integrity and leaders are why he is deserving of this award.”

“He is very patient and has a heart for teaching,” Cheatwood said. “Daniel is always willing to come out and do his job. He has excelled in many aspects of this job. We are all very proud of Daniel. He is one of the kindest individuals that you will ever meet.”

“I am proud that he is a part of our police department,” Wolf said.

Chief Brad Flynn of the Helena Police Department gave an award of recognition to Detective Kenn Lowery. “He has excelled in every way with our police department,” Flynn said. “He is spontaneous, and his attitude is contagious. He inspires everyone around him.”

“He has continued to take responsibility and control of every task we ask of him,” Smith said. “It is our fundamental duty to serve mankind, Sergeant Robinson does this every day. He understands it’s his responsibility to protect from disorder and violence. I am proud to stand here today as his police chief.”

“Corporal Rittenhouse is the definition of a public servant,” Bowers said. “It is an honor to present her with this award.”

Calera Police Chief David Hyche presented his awards to both David Malpica and Juan Taborda. “They are humble,” Hyche said. “I am very proud that these two are getting this award.”

“David has been a law enforcement officer for 39 years,” Rigney said. “Most importantly is David’s leadership and what he means to our younger officers. He has been a wonderful addition to our department. I can’t say enough about him.”

Brand Mills of North Shelby Fire and EMS presented an award to Lieutenant Brandon Miller. “We would like to recognize Miller for his excellence and service to our community.” Mills said.

“He is a prime example of what we think a firefighter paramedic should be,” Bentley said of Edgar. “He leads by example every day.”

“Nathan (Sweeney) is an example of someone who is dedicated to their job,” Bentley said. “He is a professional on and off duty.”

“Chase is one of the most educated guys we have,” Bentley said. “It is my pleasure to present him with this award.”

“He comes to work every day with a great attitude,” Agee said. “He is ready to get out there and serve our citizens. He is always happy and great to everyone he meets. He is truly a server of Shelby County. We are thrilled to have him working with us.”

“Being a hero means we put our safety and well-being on the line,” Lee said. “Taking the time to help someone who can’t help themselves and our firefighter fits this description.”

“I always like to thank our brothers and sisters in blue,” Love said. “Even when the sun goes down, the two groups that are always still out are police and fire. (Burke) is an eight-year veteran of the Alabaster Fire Department. When we nominate someone, we are looking for superior service. He is an excellent employee.”

More information on the appreciation event held for first responders can be found at Pelhamalabama.gov.