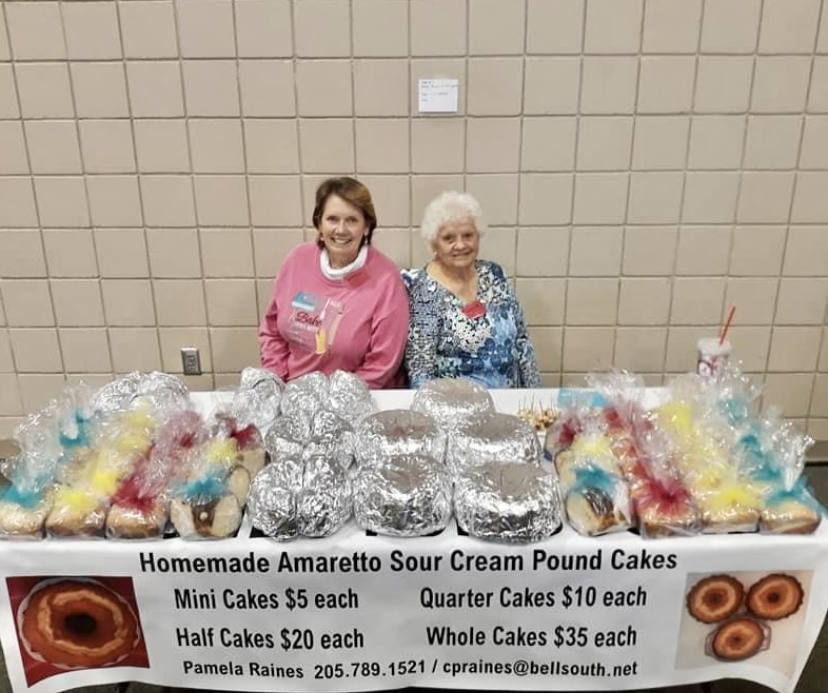 The Columbiana Culture Club will begin it’s pound cake fundraiser on Thursday, Oct. 13. The fundraiser’s proceeds go towards giving back to local schools and other worthy causes in Columbiana. (Contributed)

COLUMBIANA – The Columbiana Culture Club is one of three Federated Women’s Clubs that exist to pour into their community. Specifically, the Culture Club does this by giving to the local schools, the Shelby County Arts Council and other worthy causes in Columbiana.

One of its most successful fundraisers occurs through the selling of homemade pound cakes baked by member Pamela Raines. Raines has been baking pound cakes for good causes years before she began baking for the Culture Club. But for the last three, she joined efforts with the other 23 ladies of her club, which has allowed them to give back more than $6,500 a year to programs that support education and the arts locally.

The next pound cake fundraiser will begin on Thursday, Oct. 13 and will continue through Sunday, Oct. 30.

The club has three flavors, amaretto sour cream is the most popular flavor, with old-fashioned lemon, and cream cheese, following close behind.

Culture Club president Ouida Mayfield said one of the things the sale allows them to do is give funds to the schools.

“It’s so good to be able to give them funds that don’t have to have a designation,” Mayfield said. “These are funds that can be used at their discretion to cover any needs they may have at the time.”

She said they also use funds they raise throughout the year to help with Liberty Day, food banks and women’s shelters. Most recently, they provided 83 goody bags to everyday heroes in Columbiana, from maintenance workers to library workers, to first responders and more.

The pound cakes will range in price from $35 for a full bundt cake to $5 for minis. They can be purchased as full bundts, half and quarter bundts or as mini cakes.

“They freeze beautifully,” Raines said. “So, they are perfect to purchase and put up for Thanksgiving since they will be delivered Nov. 12 through 21.”

Raines makes up to 18 full-sized cakes a day during the delivery period each year.

“That way everyone gets a freshly baked cake,” she said.

Mayfield also shared that the club was pleased to be able to keep the prices for the pound cakes consistent over the last three years despite the rise in cost for many of the ingredients.

Orders can be made through any member of the Columbiana Culture Club or by calling Raines at 205-789-1521 starting Thursday, Oct. 13. Delivery arrangements are made at the time of purchase.