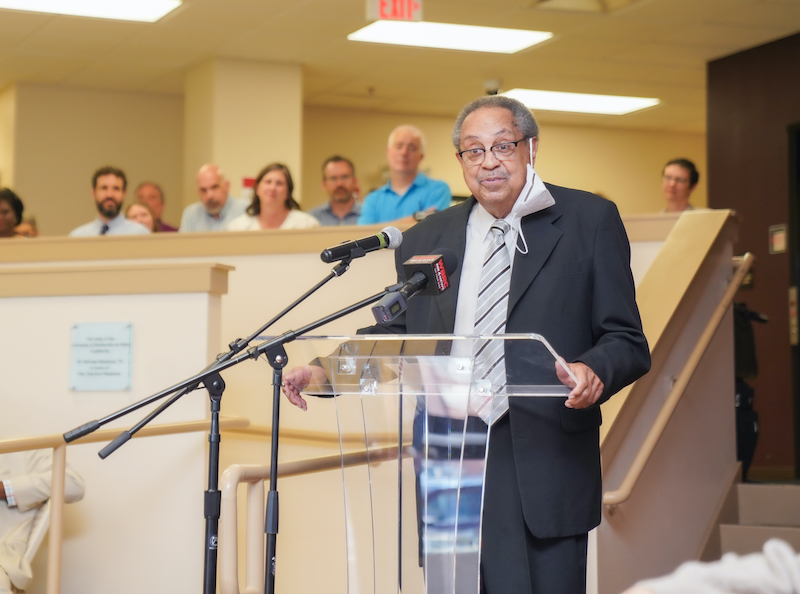 Vonetta Flowers, the first Black woman in history to win a gold medal in the winter Olympics, will speak on Thursday, Oct. 13 at 4:30 p.m. at the University of Montevallo’s Center for the Arts building. (File)

MONTEVALLO – Vonetta Flowers, the first Black woman in history to win a gold medal in the Winter Olympics, will be a guest lecturer during the upcoming Dr. Wilson Fallin Jr. Lecture Series at the University of Montevallo.

The lecture will be held on Thursday, Oct. 13 at 4:30 p.m. in the DiscoverShelby Theatre at the University’s Center for the Arts building.

Flowers is a native of Birmingham and was a sprinter and long jumper who became a seven-time All-American athlete in the sport while attending the University of Alabama at Birmingham on a track scholarship as a first-generation college student.

Flowers won a gold medal in bobsledding, alongside her teammate Jill Bakken during the 2002 Winter Olympics in Salt Lake City, Utah. Bakken was the driver of the two-woman bobsled team when they won the first U.S. Olympic bobsled medal in 46 years.

She returned to the Olympics in 2003 but didn’t finish in the top ranking. She returned again to the Winter Olympics in 2006 with a new partner, Jean Prahm. Together they finished in sixth place making her a two-time U.S. Olympian.

Flowers was inducted into the Alabama Sports Hall of Fame in 2011. She has also been named one of Essence Magazine’s 50 most inspiring African Americans.

She currently resides in Jacksonville, Florida with her husband Johnny, and her three sons Jorden, Jaden and Jaxon.