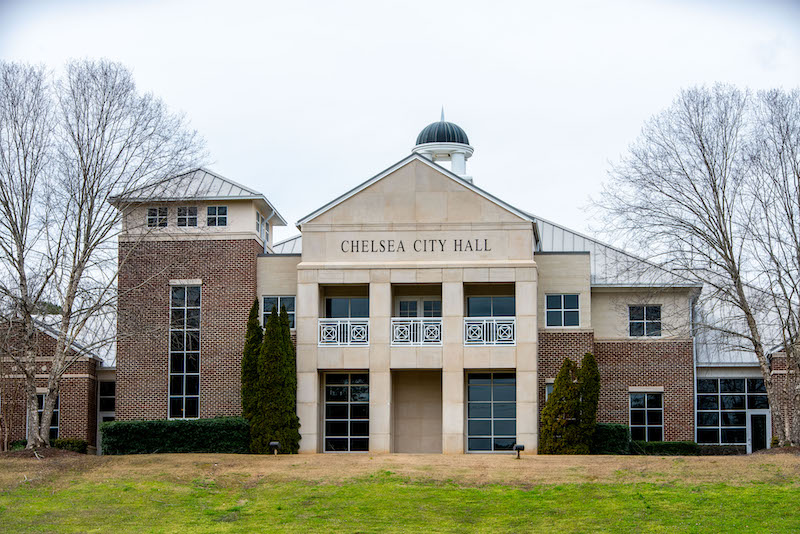 The Chelsea City Council approved a real estate agreement for the old Side Street Café Building and the mayor shared news on the addition of a second gymnasium to the community center during a meeting on Tuesday, Oct. 4. (Reporter Photo/Noah Wortham)

CHELSEA – Chelsea City Council approved a real estate agreement for the old Side Street Café building and the mayor shared news on the addition of a second gymnasium to the community center in a regularly scheduled meeting on Tuesday, Oct. 4.

Mayor Tony Picklesimer shared news on the construction of an additional gymnasium to the Chelsea Community Center.

“I would like to make everyone aware we had our pre-construction meeting at the community center today. All of our management of the community center was represented,” he said. “We had a very productive meeting and we should actually see things starting to happen toward our second gym being built within 30 days.”

Piclkesimer said they are looking forward to volleyball and basketball in the new gymnasium sometime around spring 2024.

Resolution 1029 was approved during the meeting and declared a property surplus allowing the execution of a real estate agreement with Hunt Holdings Company, LLC.

“Whether you refer to it as Side Street or old Bernie’s, this is the building that we are declaring surplus and asking for permission to sign a real estate agreement to sell this building,” Picklesimer said.

Picklesimer provided more details on the agreement during the state of the city luncheon that was held on Wednesday, Oct. 5.

“It is the vacant building next to Station 31. I have a signed contract now on my desk for an outdoor hunting and fishing store to go there,” he said.

Picklesimer closed out the meeting with a quick roundup of information.

“We also have some dirt moving in the business park,” he said. “The dirt is being moved from lot eight and nine to fill in lot 10.We have our project going for the ABC board out past elite auto care. It’s underway, and I heard this morning all of the infrastructure is done for the fountain.”