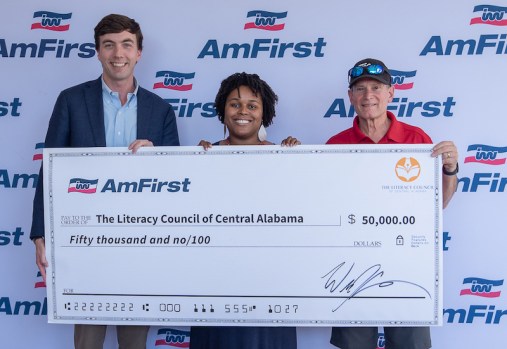 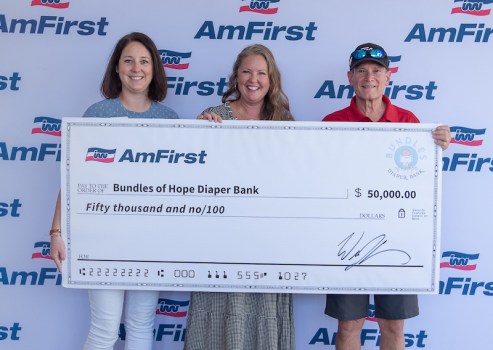 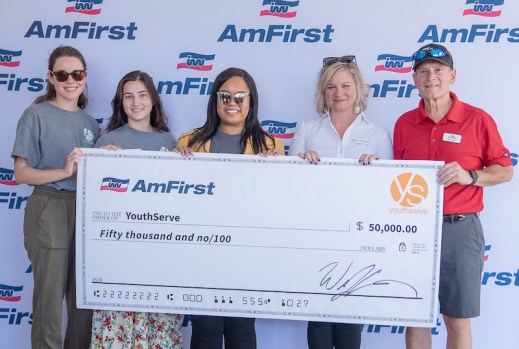 Bundles of Hope Diaper Bank, The Literacy Council of Central Alabama and YouthServe each received $50,000, representing the credit union’s largest donation total since the inception of the Community First program.

Since 2014, the Community First Initiative has raised approximately $903,000. This amount is a direct result of the generous giving of AmFirst members, employees and citizens of the Birmingham-metro community. Money was raised through multiple philanthropic efforts, including the annual Sporting Clays Tournament, the annual Charity Golf Tournament and various smaller activations throughout the year.

“We are thrilled at the amount of support we are able to give to these deserving organizations as part of our Community First Initiative,” AmFirst President and CEO Bill Connor said. “It’s gratifying to know that through the generosity of our donors, sponsors, vendors, and membership, we have been able to raise the bar on the total amount raised each year. We thank everyone who played a part in the success of the campaign and are confident that these donations will be highly impactful to each of these worthy organizations.”

Although diverse, each of the three non-profits were selected to receive support based on their efforts to help those in need in Birmingham and surrounding areas. Whether providing diapers to infants with families in financial hardship, literacy education to adults needing improved reading, writing and language skills, or afterschool programs to the diverse youth of Birmingham, each of these organizations work diligently to improve the lives of those in need.

“Giving back to our community is something we honor with our time and our monetary support,” added Connor. “We value our recipients’ contributions to Central Alabama and are proud to contribute to their ongoing efforts.”

For more information on the Community First Initiative visit Amfirst.org.