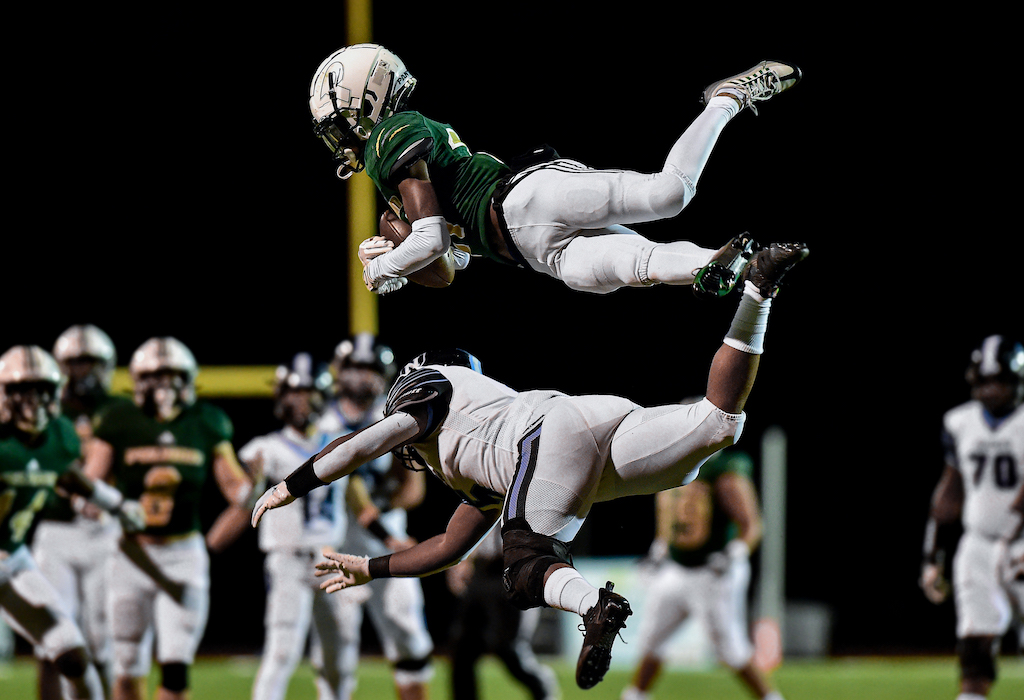 Corey Perkins of Pelham High School Intercepts Northridge High School Jaguars in the first round of the 2022 AHSAA playoffs. (For the Reporter/Jeremy Raines)

The first round of the playoffs had its share of magic, and now, round two is set to get underway this week with four teams looking to continue their season.

Pelham and Vincent will look to advance to the quarterfinals of their respective classification’s playoffs after historic wins last week, while Thompson is looking for a sixth consecutive trip to the semifinals and Cornerstone is hoping for a spot in the AISA 8-man State Championship game.

With all in winnable games, including two taking on teams they’ve already beaten this year, it’s sure to be another exciting week with each team’s season on the line. 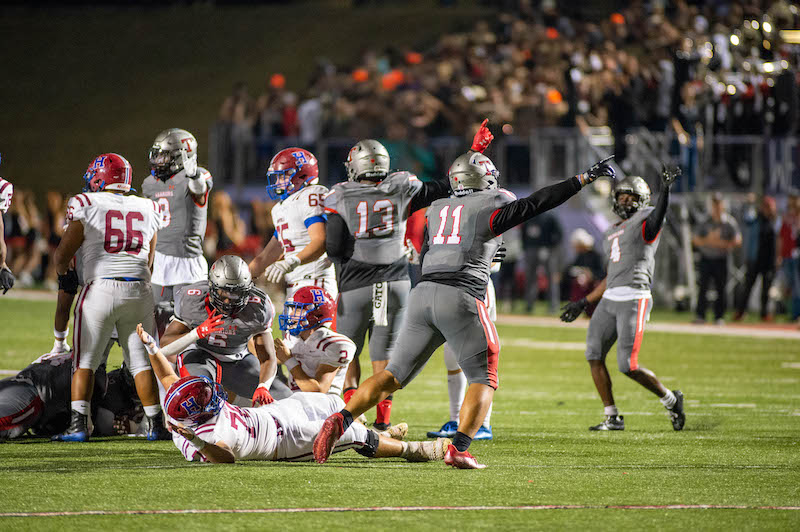 Between the bye week and the first round of the playoffs, the Thompson Warriors seem to have made a slight shift offensively that was shown off when eighth-grade quarterback Trent Seaborn stepped in and threw for 342 yards and four touchdowns. Now, looking to make it to the semifinals of the Class 7A playoffs yet again, the Warriors will take on Vestavia Hills for the second time this season after beating the Rebels 34-14 earlier this season. This time around, however, will present different challenges.

In the first game between the two, Thompson put together a strong offensive performance, and I’m not sure that will change this time with what appears to be a more balanced offense because of the passing threat. That said, the defense will have a new challenge. Vestavia quarterback John Paul Head was out during the first matchup and has been impressive since returning to the offense. The Rebels won 52-10 in their playoff opener last week and have won six of seven since the game against Thompson with the offense scoring 36 or more in all seven since. With him in the lineup, Vestavia’s offense will be a different threat, while their defense has been impressive, giving up 24 or less in eight of 11 this season. That said, Thompson’s defense is on a mission right now, and while it may be more challenging this time around, it’s a unit that wants to be the difference and knows the importance of being perfect at this time of the season. Thompson 31, Vestavia Hills 17 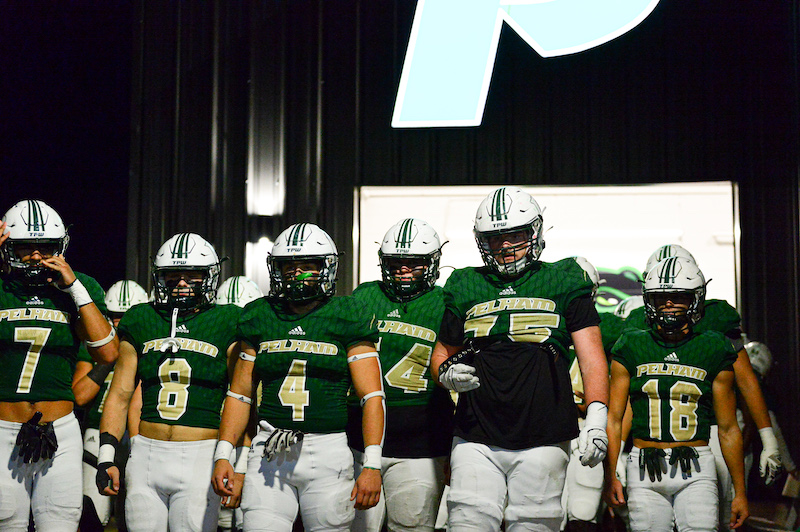 For the first time since 2006, the Pelham Panthers are off to the second round of the playoffs after a dominant 44-14 win against Northridge last week. The Panthers put together a strong defensive effort and paired that with a sizzling hot offense. Now, the Panthers hit the road to take on St. Paul’s with a long trip south to Mobile with a spot in the quarterfinals of the Class 6A playoffs on the line. Both teams now sit at 6-5 heading into the matchup, which should set up an exciting battle. St. Paul’s took down Carver-Montgomery 13-0 in the opening round of the postseason in a 4 seed vs. 1 seed matchup thanks to an impressive defensive effort.

The Saints are giving up an average of 18.7 points per game and have given up 14 or less in five straight and 21 or less in eight of 11 games. On the other side, Pelham is scoring 24.4 points per game and giving up 22.4 coming off the team’s best performance of the season. The key for the Panthers entering this matchup will be the hope for their defense to travel. If that side of the ball enters this game with a certain determination to make the difference, that could be what swings it in their favor against a St. Paul’s offense that has scored 16 or less in six games this season and 13 or less the last two weeks. That said, it’s a long trip south and the home-field advantage may be the only difference at the end of the night. Pelham 20, St. Paul’s 24 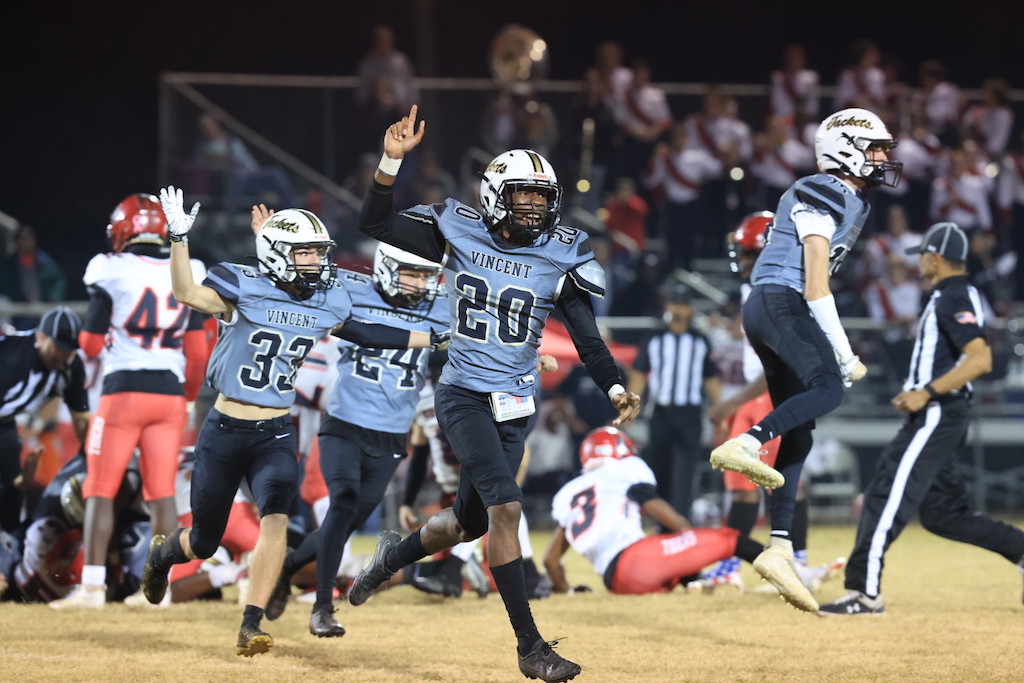 It was a special scene at Vincent last Friday night, as the Yellow Jackets won their 10th game for the first time in school history to advance to the second round of the playoffs with a 10-1 record. Their reward, however, is a matchup with defending Class 2A State Champion Clarke County. The Bulldogs are 6-5 overall this season, but their opponents’ record is 80-48, meaning they’ve played an extremely difficult schedule and are better than the record indicates.

Vincent, however, is a team full of fight. The Yellow Jackets showcased that last week in the thrilling 36-35 comeback victory after trailing 35-22 in the final three minutes of the game. The Jackets are averaging 46.6 points per game and giving up 16.5, while Clarke is scoring 20 and giving up 16.8. This week, the key for Vincent will be the defense getting back to the expectations it has. Last week, Luverne used a physical run game to take control of the game in the second half. This week, going up against another really good defense, Vincent has to bounce back on that side of the ball in case the offense isn’t able to match the production. That said, the Jackets have been extremely consistent offensively this season, including against the best teams they’ve faced. With the season they’ve had, why not ride with them at this point. Vincent 34, Clarke County 28 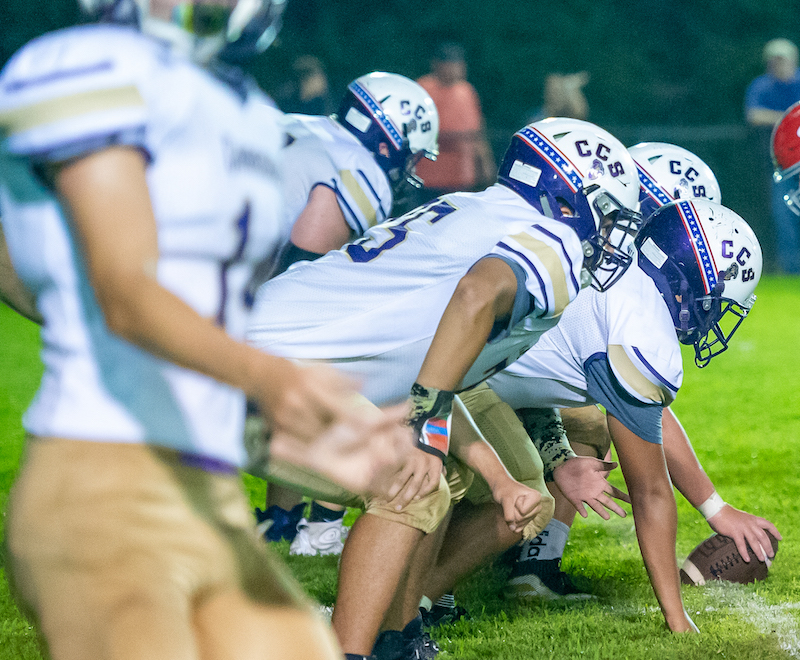 In their first season of 8-man play, the Cornerstone Chargers are set for a semifinal matchup with Springwood this week after a 72-51 redemption win against North River Christian last week. The Chargers lost that game 52-48 during the regular season, but found a way to take charge offensively this time around to pull away.

Now, they’ll get another chance at rematch this week with a spot in the state championship on the line at Springwood. Cornerstone won 52-50 on a miraculous final play earlier this season and will look for another exciting win this time around. The chargers are scoring 40.6 points per game and giving up 34.9, while Springwood is scoring 40 and giving up 23. Both have had some inconsistencies at times, which makes this game a tossup that will dependent on which team shows up more prepared and more hungry for a spot in the title game. Cornerstone 50, Springwood 44