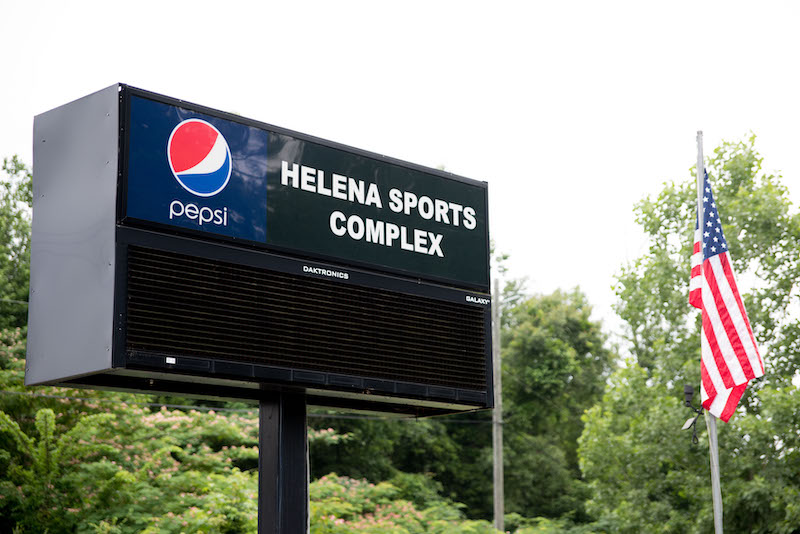 The city of Helena received a $33,740 grant from the Alabama Department of Economic and Community Affairs to add two electric vehicle charging stations to the Helena Sports Complex. (File)

HELENA – The city of Helena recently received a $33,740 grant to install a two-bay charging station at the Helena Sports Complex.

The grant came from the Alabama Department of Economic and Community Affairs which awarded more than $2.45 million in grants for charging stations across the state.

“I was extremely excited about being awarded this grant giving our residents and visitors alike the opportunity to charge their vehicles while enjoying all the Sports Complex offers,” Helena Mayor Brian Puckett said. “I continuously write various grant applications on behalf of the city. I feel that it is one of my responsibilities as a leader in Helena to go after every opportunity for various funding sources for projects to benefit our great city.”

Puckett said charging station infrastructure is majorly needed in Helena as the city is ranked second to Hoover with the most registered electric vehicle owners in the county.

The $33,740 grant will allow the city to build two level-two charging stations. Puckett explained that the level entails how fast one can charge their car at the station. Level one is a residential lower speed, level two can charge a car within one to two hours.

Puckett said with the chargers being at the Sports Complex, parents will have the ability to charge their cars while their kids are playing a game. Eventually, with the Buck Creek Trail extension that is in the works, those at the Complex will also have the ability to walk to Old Town and enjoy the area while charging their car as well.

At the time of the application, Puckett submitted four grant applications for four different locations. The other three submitted locations that were not awarded were Lee Springs Park, Cahaba Lily Park and Helena City Hall.

“I’m excited and thankful for ADECA and the governor for selecting our city for this grant,” Puckett said. “It shows that the city of Helena is setting the standard for others to look at.”

The mayor said the city also has plans to add more charging stations in the next few years. Recently, the City Council passed a zoning ordinance that entails developers of special district mixed-use developments have to install a charging station based on the population of the parking spots for that development. Once it is installed, the developers have to turn it over to the city for the city to maintain and operate it.

“Charging stations are something that will be coming more and more throughout the next few years,” Puckett said.