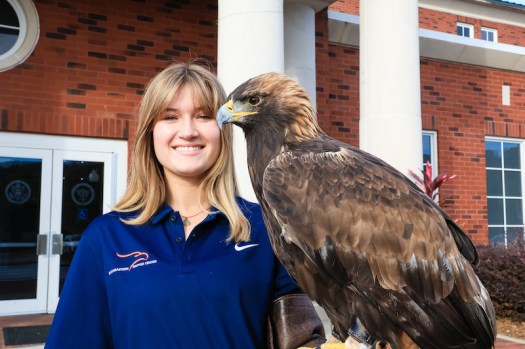 The current war eagle, Aurea, is their largest eagle and has wingspan of about 6.5 feet. She is eight years old and was brought in from Selma with a broken wing. (For the Reporter/Dawn Harrison) 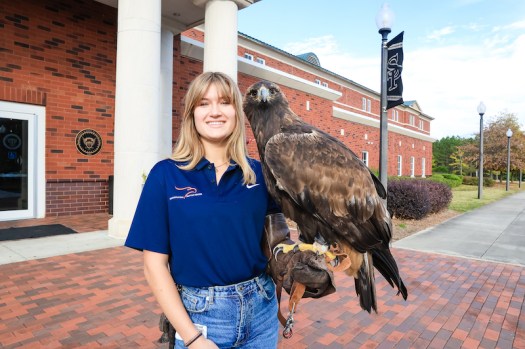 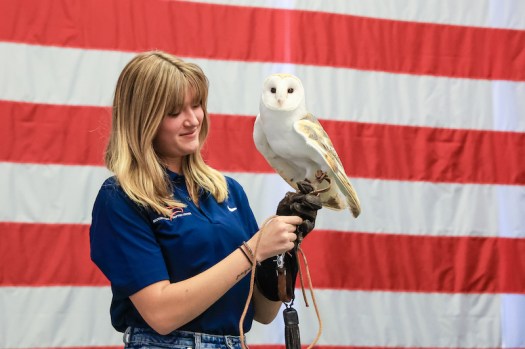 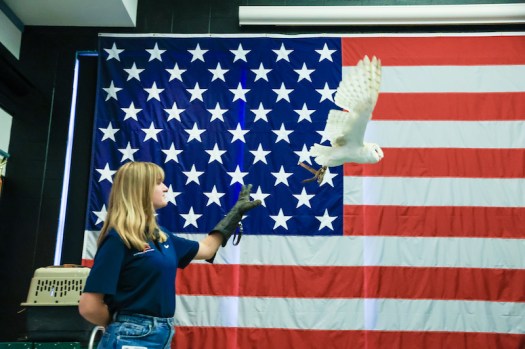 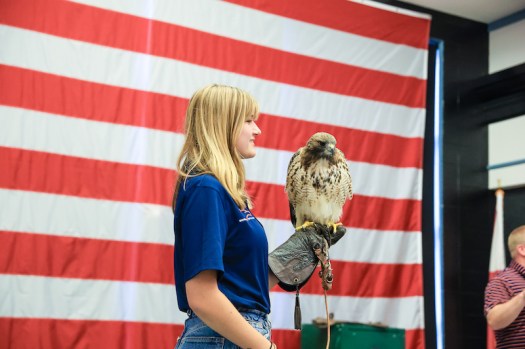 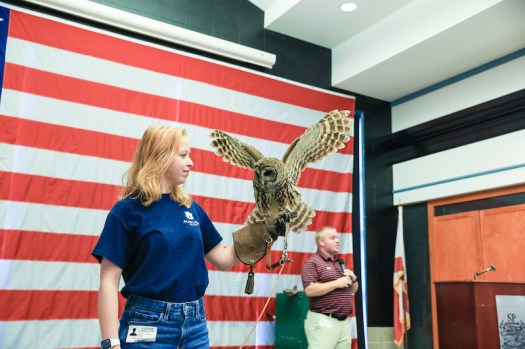 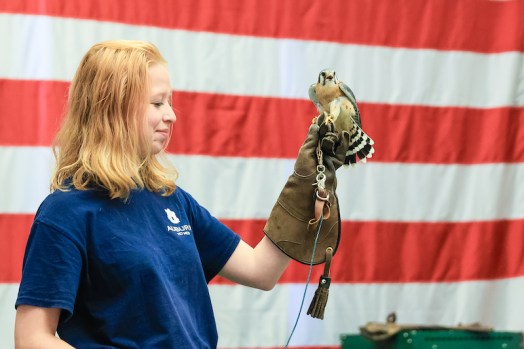 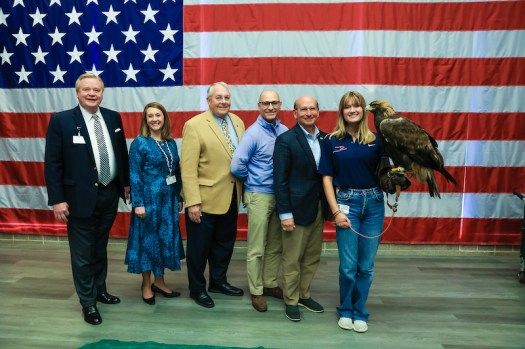 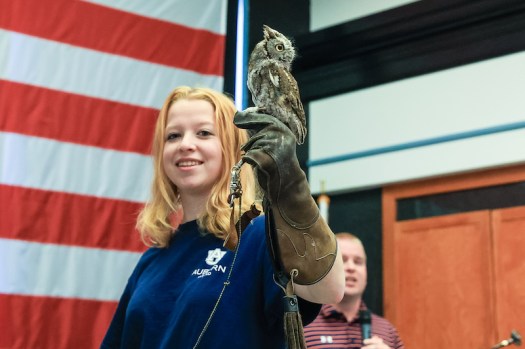 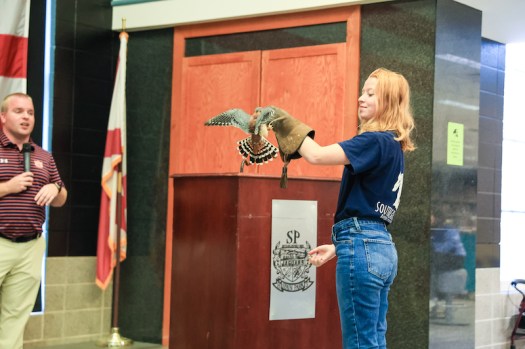 HOOVER – Students recently got a chance to meet the current War Eagle face to face when Spain Park High School hosted the Southeastern Raptor Center in conjunction with Auburn University.

About 350 students, faculty and guests attended.

“We just kind of talk about them individually and teach the students about where they live, where you can see them in the wild (and) how they can benefit the environment,” said Andrew Hopkins, assistant director of raptor training and education.

Seven birds found all throughout Alabama were displayed to students as the Raptor conference. The fan favorite was a golden eagle named Aurea, and she was joined by an eastern screech owl, a barn owl, a red-tailed hawk, an American kestrel and a turkey vulture.

“Being able to see something up close and really learn more about it, we hope kind of helps them appreciate it more and want to protect these animals,” Hopkins said. “We actually flew our barn owl for them and our American kestrel we actually flew for them. Just so they can kind of see the birds (in) flight, and everyone always get really excited about that.”

The current war eagle, Aurea, is their largest eagle and has wingspan of about 6.5 feet. She is eight years old and was brought in from Selma with a broken wing.

“She wasn’t able to be released back in the wild, and so we use her for education all across the southeast,” Hopkins said.

The Southeastern Raptor Center holds around 250 shows a year, he said.

“The teachers (were) really pleased being there, especially because, usually, we have so many teachers get photos and it’s really cool to that Casey actually brought some of the school board members out there and even some of the police (and) some of the state representatives from that area were actually even invited to the raptor presentation,” Hopkins said. “Even the superintendent for that school board was there for one session.”

More information on the Raptor Center can found on its website at auburn.edu/raptor.

Those who wish to keep up to date with Hoover City Schools can do so on its Facebook page at Facebook.com/HooverCitySchools.