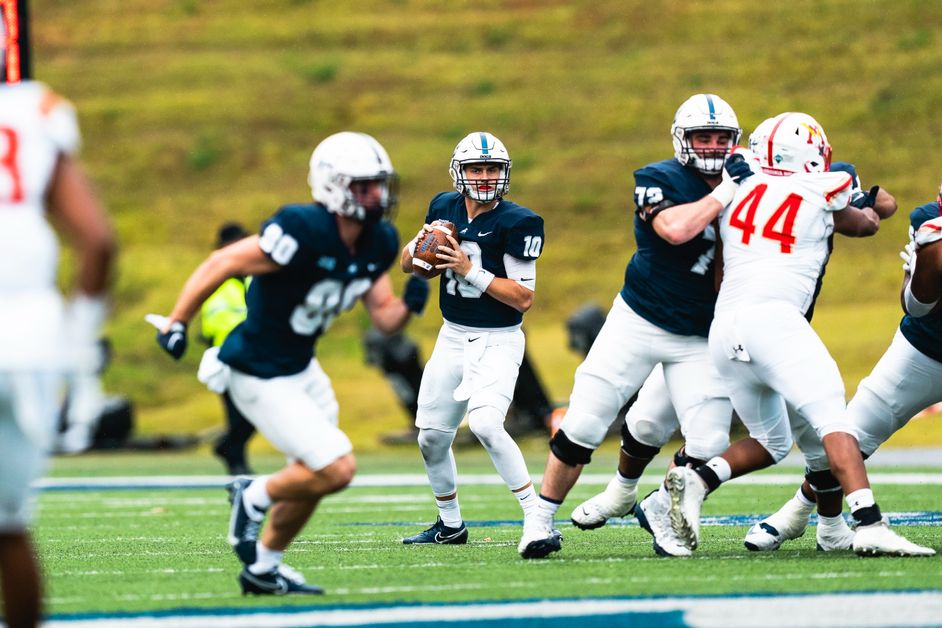 Former Briarwood quarterback Michael Hiers has left his mark at Samford during his junior season, racking up several honors ahead of the team’s postseason. (Contributed/Samford Athletics)

A junior with the Bulldogs, Hiers was named the unanimous Offensive Player of the Year in the SoCon and an All-SoCon First Team on Tuesday, Nov. 22.

That wasn’t all, however. The same day, Hiers was also named a finalist for the Walter Payton Award, which goes to the top offensive player in the FCS.

All of those honors came after a year that saw him throw for 3,290 yards and 35 touchdowns on 329-428 passing. The 35 touchdowns put him one touchdown shy of tying the single-season record of 36 set by former Walter Payton Award winner Delvin Hodges, while he also added 161 yards and three scores on the ground.

With his success, he has become the third Samford quarterback to be named the SoCon Offensive Player of the Year, while he’s led the team to a 10-1 record heading into the Division I FCS Playoffs.

The only loss so far this season for the Bulldogs came at the hands of defending national champ and No. 1 Georgia in a 33-0 shutout. Outside of that, Samford has beaten three top-20 FCS teams heading into the playoffs.

A former three-sport athlete at Briarwood in basketball, baseball and football, Hiers is no stranger to success.

He was named to the All-County team in each sport while at Briarwood.

His senior football season with the Lions, however, was one that stood out. During that season, he threw for 2,672 yards and 22 touchdowns on 179-260 passing, while adding 230 rushing yards and an additional eight touchdowns en route to leading the Lions to a runner-up finish in Class 5A.

He went from there to Murray State before transferring to Northwest Mississippi Community College where he started 18 games in two seasons and threw for more than 7,500 yards and 50 touchdowns.

Now, in his first year starting at Samford, he’s quickly put up similar numbers and will turn his attention to the postseason with hopes of leading the No. 8 Bulldogs to a national championship.