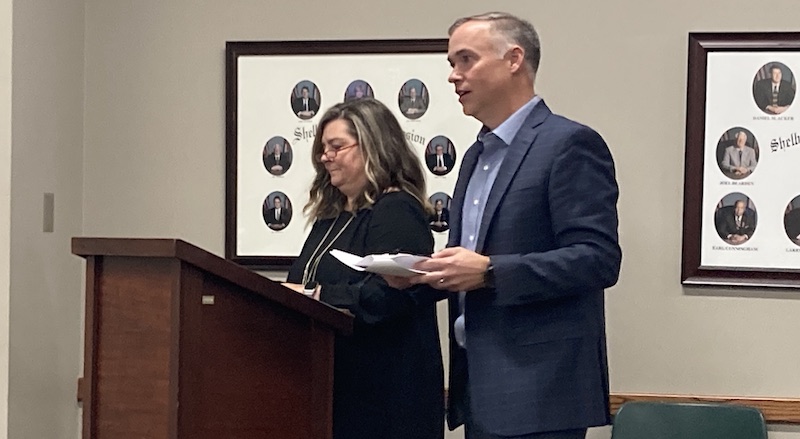 Those wishing to put a facility in the county must go before the Planning Commission to get the Medical Cannabis Facility designation. (Reporter photo/Noah Wortham)

COLUMBIANA – The Shelby County Commission approved a resolution to create a new zoning district, discussed feedback on Double Oak Park and approved a bid for inmate footwear to be awarded to the lowest overall bidder during a regularly scheduled meeting on Monday, Nov. 28.

The commission approved the creation of a new zoning district specifically for medical cannabis facilities.

“We have created a zoning district for the medical cannabis facilities such as the manufacturing, the processing for our county,” County Manager Chad Scroggins said. “We’re creating an avenue for a public interaction involving the zoning of these particular facility areas. Right now, you could do one in an industrial category. Once this is approved, you would have to get this MCF zoning classification.”

With this resolution passed, those wishing to put a medical cannabis facility in the county must go before the Planning Commission to obtain the MCF designation.

“We believe that this gets out in front of the issue,” Scroggins said. “It allows for public interaction and involvement, which we believe is very, very critical to the process of zoning, and it creates an opportunity for the public to have a say in what they have coming in their communities.”

Any approved zoning for medical cannabis districts would include cultivators, growers and processors. There is currently no place for dispensaries as the county has chosen to opt out of cannabis dispensaries.

“Even if the county did opt in, there would still be this zoning district and it would still be a rezoning,” Supervisor of Planning and MS4 Sharman Brooks said. “(It would still go) before the people. Adjoining property owners, neighbors, communities would still have that opportunity to come to the Planning Commission and a public hearing.”

The commission also discussed feedback to the opening of Double Oak Park.

“It’s getting rave reviews,” Scroggins said. “I talked to Kendall (Williams) today and she said that social media, the links and connections and everything that’s going on because of that park has been the most significant number of connections she has seen since starting the job a year and a half ago.”

Chairman Kevin Morris shared his thoughts on Double Oak Park and the work the commission brings to the county.

“It is a master plan that goes into effect years before It’s ever played out in front of us,” Morris said. “It’s being proactive about zoning to make sure that while we’re creating something like this, we don’t tear it back down on the other side by something that we’re not planning for. It’s the amount of work our own staff can do on so many of these projects and the skill sets that they have. We’re blessed, and I don’t think any of us ever take that for granted.”