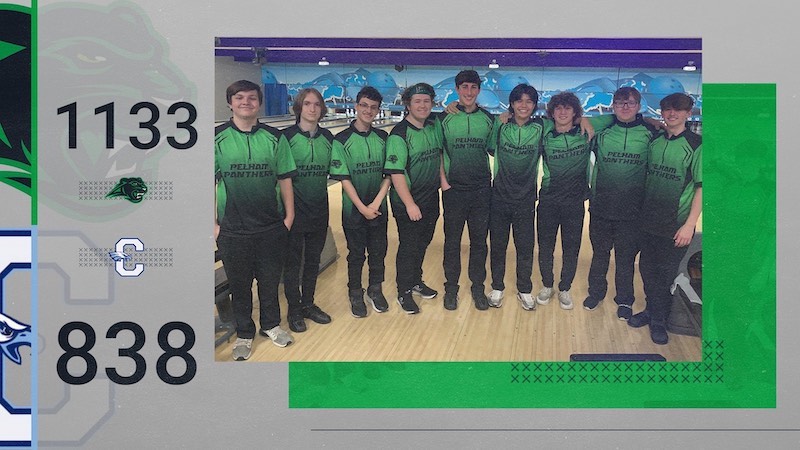 PELHAM – Pelham’s bowling team defeated Calera for the second time this season on Tuesday, Dec. 6. Earlier in the season, the Pelham Panthers beat the Calera Eagles 1260-874. The Panthers picked up another win against the Eagles 1133-838.

The Panthers won all three rounds in their recent county matchup against the Eagles. In round one, Pelham won 720-545. The second round ended with another solid performance from the Panthers, they defeated Calera 155-115.

Pelham ended the night on a high note with one last win against Calera 1133-81.