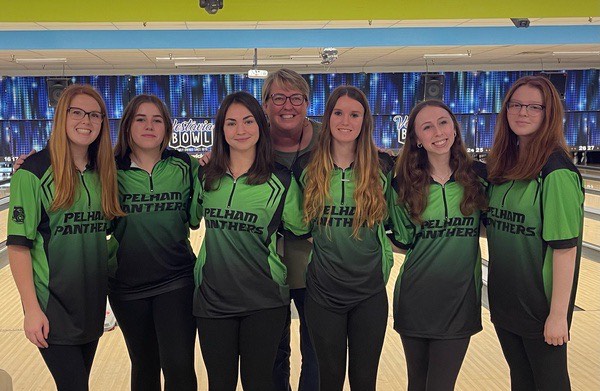 PELHAM – Earlier in the season, the Pelham girls bowling team defeated the Hoover Buccaneers 950-777. The Panthers were able to continue their latest winning streak after defeating the Buccaneers 873-866 on Thursday, Dec. 8.

In the traditional round, Pelham pulled away with a 540-527 win, however, fell to Hoover in the Baker first round 106-114. The Panthers were able to secure their victory during the second round after they defeat Hoover 113-94, before falling to the Buccaneers one last time in the final round.