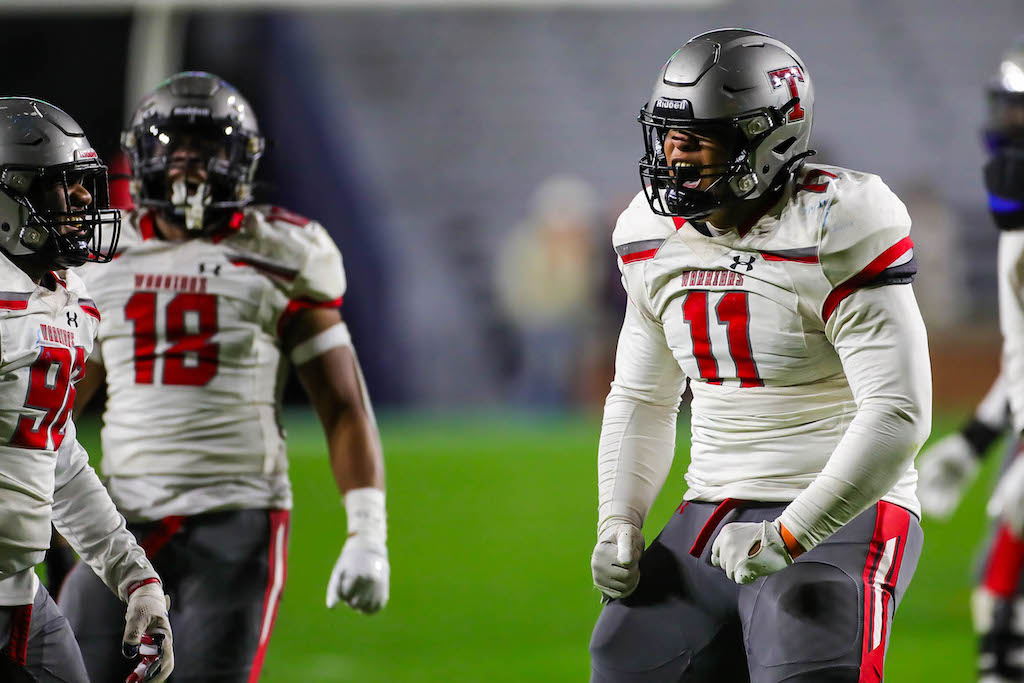 Peter Woods and Christopher Vizzina both played important roles in helping lead team Alabama to a 14-10 victory in this year’s Alabama-Mississippi All-Star game on Saturday, Dec. 10 in Mobile. (File)

MOBILE – Before teaming up together at Clemson University, two local high school standouts teamed up together at the high school level one final time on Saturday, Dec. 10 in what turned into a thrilling comeback victory in the Alabama-Mississippi All-Star game.

Both Briarwood’s Christopher Vizzina and Thompson’s Peter Woods, two of the most sought-after players in the class of 2022, left their mark on the game in big ways for their respective side of the ball.

Vizzina’s big statement came in the final few minutes, as he did what he had done several times throughout the regular season for the Lions by leading a game-winning drive. 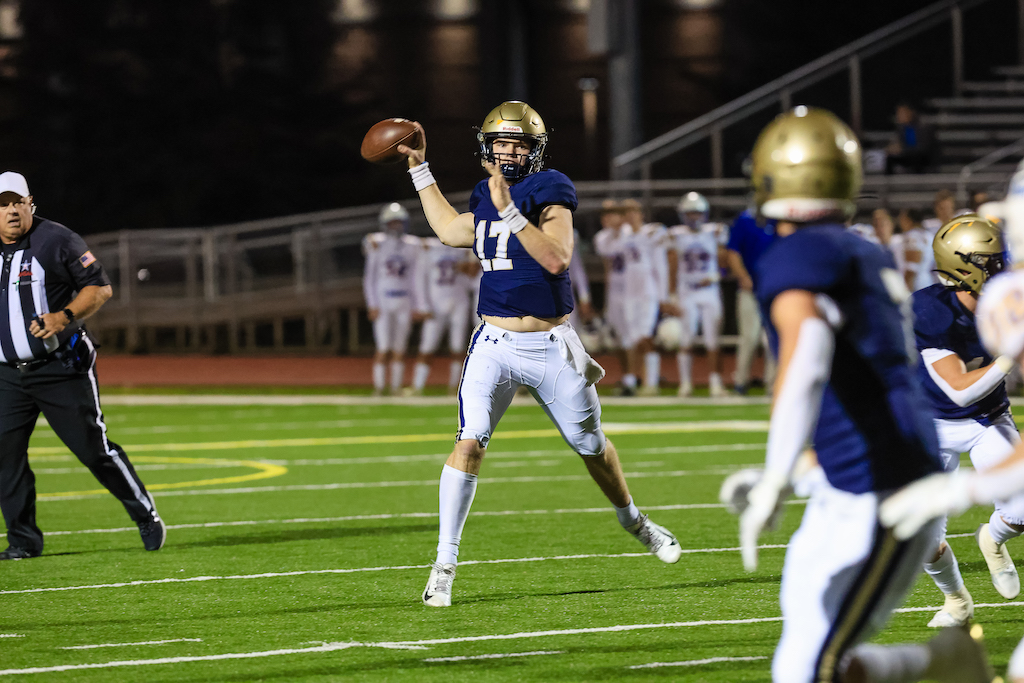 Trailing 10-7 with 3:55 left to start the drive, Vizzina connected with Earl Woods, who had split time with him at quarterback throughout the day. He did so for 19 yards and 6 yards on back-to-back plays to start the drive on a positive note.

Then, a few plays later, Vizzina hit Kameran Shanks in a tight window on third-and-4 for 33 yards to not only keep the drive alive but put Alabama in scoring position.

Shortly after, and facing third down again with 5 yards to go, Vizzina threw a jump ball fade to the left corner of the end zone that saw Moody’s Davion Dozier leap in the air and haul in the game-winning 16-yard touchdown pass.

That put team Alabama on top 14-10 with 2:35 left, while TJ Metcalf sealed the game very shortly after with an interception for the defense on the ensuing drive.

The story of that final drive was Vizzina’s arm, as the former Briarwood quarterback, who will enroll at Clemson in the coming weeks, finished the game 8-13 for 80 yards and that lone touchdown.

For the majority of the game, however, it was Woods that was dropping jaws.

In a defensive battle that saw Alabama trailing 3-0 at the half and 10-0 going to the final quarter, Woods was doing everything he could to keep the Alabama All-Stars in the game.

His presence was disruptive throughout the game, which led to the future Clemson Tiger to totaling eight tackles, which led the team.

Not only that, the Thompson standout who was fresh off his fourth consecutive state championship totaled a remarkable seven tackles for loss and two sacks with one forced fumble in the victory.

That defensive effort from Woods not only led to him winning the MVP award, but it was part of what allowed Alabama to have a chance in the final quarter. 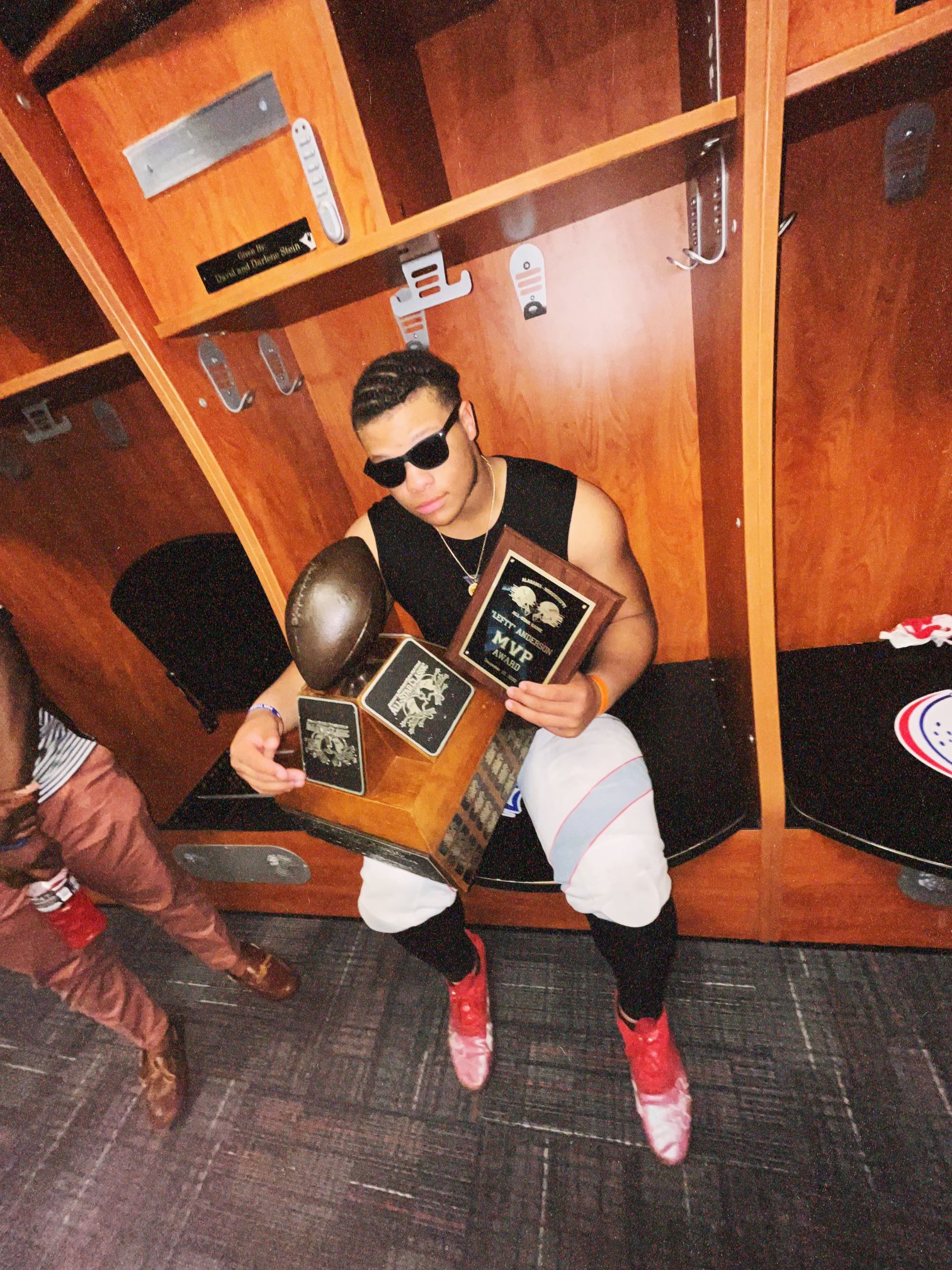 Trailing 10-0 with 9:04 left, Earl Woods brought the Alabama All-Stars to within three points after a successful 40-yard drive ended with him running in from 4 yards out to make it 10-7 with 8:42 left.

The defense then stepped up again, which eventually led to Vizzina’s game-winning drive.

Other local players in the game included Thompson linebacker Seth Hampton, who finished with one tackle, Thompson offensive lineman Stanton Ramil, who had a strong showing, and Calera receiver Braylyn Farrington, who is one of the state’s fastest players.