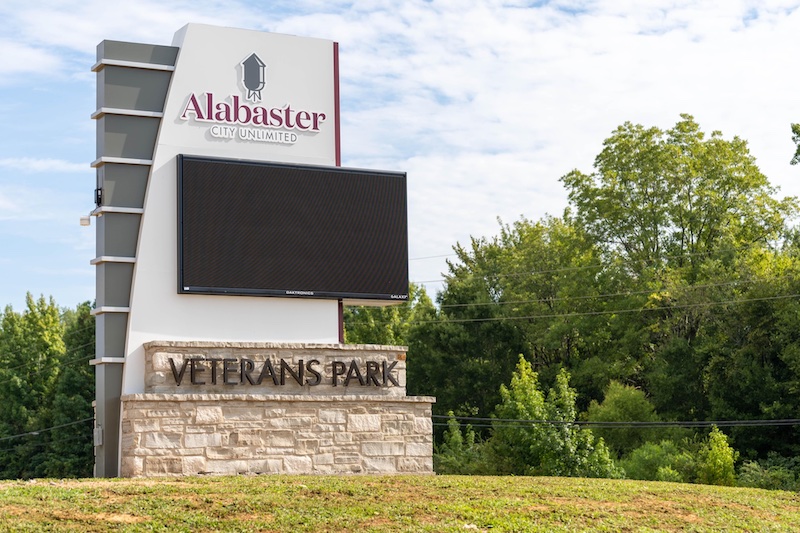 The city of Alabaster is considering turfing fields in Veterans Park among other upgrades. (File)

ALABASTER – The city of Alabaster is considering turfing fields in Veterans Park among other upgrades.

“I’ve been here since 2005, and Veterans Park was almost brand new at that time,” said Tim Hamm, Alabaster Parks and Recreation director. “It was one of the most up-to-date parks around this area. We’re here almost 20 years later, and though Veterans Park does serve our citizens well, I think upgrading it, refreshing it, will only attract more people from outside of our city to come in and see what the city has to offer.”

Several upgrades to the park are currently being discussed, however, no designs, plans or bids have been passed at this time.

“We’ve talked to some people about looking at the possibility of turfing the fields, adding some shade structures inside the park over the existing bleachers and some of the areas,” Hamm said. “Part of that project would be adding some more pickleball courts.”

Turfing is consideration for the park’s baseball fields. It is not yet decided if the turfing would be solely for the infields or both the infields and outfields.

“It’s called, ‘Veterans Park’ and we have a memorial out here, but there’s not a whole lot that goes along with that memorial,” Hamm said. “They’re looking at some options to add to that memorial (to) make that more attractive.”

Another idea being considered is a playground inside the park so that children do not have to go out to the front of the park.

“I think upgrading this park will be nothing but a positive for the city, it would allow us to expand programs, allow us to attract more regional and national type tournaments to the city,” Hamm said.

Those who wish to keep up to date with the Alabaster Parks and Recreation Department may follow its official Facebook page at Facebook.com/alabasterparksandrec.