A recent Allstate study named the Birmingham-Hoover metro area one of the 10 deadliest metro areas for teen drivers.

According to the study, there are approximately 40 fatal crashes per 100,000 teens in the Birmingham-Hoover area.

Hoover Police Capt. Jim Coker said the city of Hoover had one teen fatality in 2008, which follows the Hoover trend of approximately one fatal teen crash per year since 2003.

“Experience is a major factor because experience helps prepare you to deal with the unexpected,” Coker said.

Coker said the statistics reflect a very large area without breaking down exactly where the deaths occur, so it’s hard to say where the danger is.

“Are these on Interstates? Are these on country dirt roads?” he said. “It’d be nice to see that kind of breakdown.”

Wherever teens are, though, distractions are sure to follow.

“There are a lot of different distractions out there now. Cell phone use is a potential distraction,” he said. “When you’re driving, you want to do everything you can do to avoid being distracted.”

Willy Wyatt, a driver’s education teacher at Spain Park High School, said his class focuses heavily on avoiding distractions while driving. He went so far as to say he would definitely agree with a cell phone ban.

“I don’t think anybody should be driving with a cell phone because any distraction can cause an accident,” he said. “They cannot multitask behind the wheel.”

“We don’t really teach the kids how to drive,” he said. “We teach them how to drive better, and how to do things the right way.”

Hoover Mayor Tony Petelos said he doesn’t know why the Birmingham-Hoover area has a higher fatal teen crash rate than other metro areas.

He said the city offers driver’s education through high school courses and special presentations, such as keeping a wrecked car outside Hoover High School before the prom.

“I think there’s two issues. First, having too many teenagers in the car. The second is alcohol,” Petelos said. “The kids know what can happen. We’ve got to continue our education of young people.” 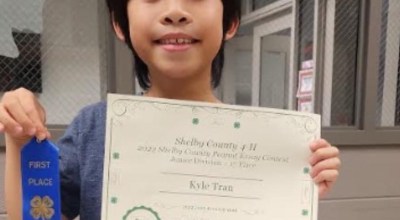