When searching for a name for their new clothing store in downtown Vincent, Marcus and Tamekea Hall thought about their youngest daughter, Nicole, and her enthusiasm for changing outfits.

“She’s an average 3-year-old girl,” Marcus said. “She likes to change clothes as much as possible.”

Just like that, Nicole’s Fashions was born. The store, which carries casual and street wear for men, women and children, officially opened May 18.

Marcus said the Halls’ biggest consideration is pricing. They’re keeping prices low by making sure they don’t bring anything into the store they can’t afford themselves.

The Halls chose to open the store in Vincent because Tamekea is a life-long resident of the town. They hope to give back to Vincent by bringing revenue into the community.

He said even though people don’t have much extra money to spend, Nicole’s is doing fine. It helps that the store is in town, so people don’t have to drive out to places like Pell City or Birmingham to find clothes.

Marcus said their goal is to eventually open at least two other stores in different communities. 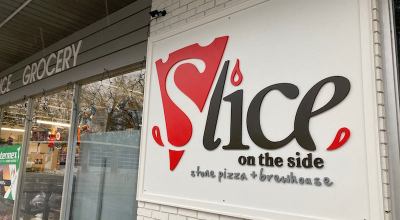