An Alabama driver’s license now costs an extra 50 cents, but that half dollar will support the state’s military veterans.

The cost of a driver’s license and a non-driver’s identification went from $23 to $23.50 July 27, according the Alabama Department of Public Safety. The added fee will go to the Citizenship Trust, which is charged by state law to build a National Veterans Shrine at The American Village in Montevallo.

The cost of learner’s permits and licenses to operate commercial vehicles, school buses and motorcycles will also increase 50 cents.

The licenses must be renewed every four years.

Tom Walker, executive director of The American Village, said the state Legislature unanimously passed the Veterans Legacy Act last year to honor the sacrifice of Alabama’s veterans. The 50-cent fee will support construction and operation of the shrine as well as educational programs for the public and students.

“The Legacy act mandates teaching youth the vital lessons of liberty – that freedom is not free – as a foundation for preparing young people to be better citizens and to uphold the constitutional principles of liberty, self-government and responsibility on which the country was founded,” Walker said.

When the Alabama National Cemetery adjoining The American Village was dedicated last year, the U.S. Department of Veterans Affairs designated both Montevallo landmarks as hallowed ground.

William F. Tuerk, former U.S. Under Secretary for Memorial Affairs, remarked the cemetery holds the remains of American heroes, while The American Village preserves their legacy. The shrine will record the names, photos and stories of as many Alabama veterans as possible, as well as those on active duty.

Walker said the design process for the shrine is underway. An announcement detailing the project will be made on or around Veterans Day this November. 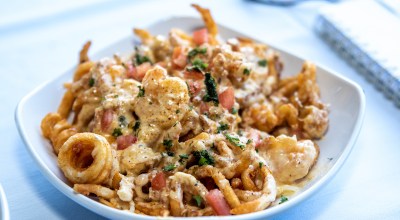 Setting the table: Hoover Restaurant Week to overlap with The World Games

White Rock fires back at EBSCO for letter concerning…