A large, diverse student population may have placed some Alabaster schools at a disadvantage when judged under the No Child Left Behind program, according to Thompson High School Principal Robin Thomas.

Thompson High, Thompson Intermediate and Creek View Elementary were among the five Shelby County Schools to not reach the program’s Adequate Yearly Progress goals this year.

Although many students at schools across the state and country performed at the same level as those in Alabaster’s non-AYP-achieving groups, a large student population may have placed the city’s schools in a tougher judging No Child Left Behind judging bracket, Thomas said.

According to the federal program’s criteria, a school is required to report an AYP subgroup when at least 40 students at the school fall into the group. The program categorizes many different subgroups, like students in special education programs, students in racial minorities or students who receive free or reduced-price lunches.

“In our special education subgroup, we are going to look at some strategies to try to improve performance in the future,” Thomas said, noting the school had 42 special education students last year. “If we had 39 students in that subgroup last year, we wouldn’t be having this discussion.”

“Sometimes you do everything you can, and that’s all you can do,” Thomas added. “We want to be upfront with the public. We aren’t hiding anything.”

Because of Thompson High School’s large student population, the school was judged on 21 separate AYP subgroups last year, compared to about 10 for some other schools in the county and state, Thomas said. THS was the only Shelby County high school to be judged on a special education subgroup, he said.

“We made all of our goals in every other subgroup but special education,” Thomas said. “And 60 percent of our special education students made the AYP goal. We failed to make AYP as a school because 20 members of that subgroup didn’t pass.

“When you look at the overall picture, we had a 92 percent graduation rate last year,” Thomas added. “But we will address the AYP issue because it is an issue for our school district.” 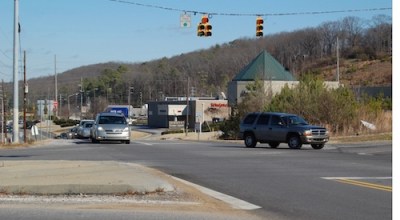