Cocktails in the Gardens

FischerGreen is one of three bands slated to perform in this month's Cocktails in the Gardens at the Birmingham Botanical Gardens. (Reporter Photo/Jon Goering)

Expect to hear soulful sounds from two of Shelby County’s most promising talents filling the air Cocktails in The Gardens this fall.

Cocktails in The Gardens returns Aug. 12, Sept. 9 and Oct. 14 from 5:30-8:30 p.m. in the Hill Garden at Birmingham Botanical Gardens. In its fourth season, Cocktails in the Gardens plans to present FischerGreen Aug. 12 and The Hunter Lawley Band Sept. 9.

“Cocktails in The Gardens is unique because it brings in the younger generation to Birmingham Botanical Gardens, and for many, it’s their first interaction with The Gardens,” said Special Events Coordinator Shelly McCarty. “Our hope that those who attend will get involved as volunteers, members, supporters and advocates.”

The year’s first event promises to satisfy a myriad of the senses with green apple and chicken salad, mini key lime pies and prosciutto wrapped melon. The signature drink for the evening will be the ever-popular Green Apple Martini, with wine and domestic beer also available at the cash bar. 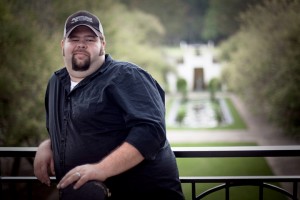 The Gardens boasts more than 10,000 different plants in 25 unique gardens across 67.5 acres. The Gardens is open daily, offering free admission to more than 350,000 yearly visitors. Proceeds from Cocktails in The Gardens help support The Friends’ mission to educate the public about plants, gardens and the environment.

Tickets are $15 to each event, but members get in free.

For more information visit Bbgardens.org/cocktails or contact Shelly McCarty at 414-3965 or by e-mail at smccarty@bbgardens.org.

In what many have called a crew of musical all-stars, FisherGreen brings a bold sound of modern rock and soul to the stage Aug. 12.

And the band blends those layers impeccably.

“We always just did pick-up gigs; you know got together and jammed,” Fisher said. “We started thinking, ‘You know maybe we should tighten this thing up.'”

Member Heath Green said the band members have similar personalities and backgrounds, giving them a cohesiveness. He said don’t despair this cohesiveness does not translate to boring performances. In fact, he said you’ll get just the opposite.

“Throwing in the horns on songs adds an element many people may not expect,” Green said. “We hope the various elements grabs each person in a different way. Maybe one person isn’t tapping their feet and then the horns come into play and it grabs them.”

What grabs the songwriters of FisherGreen are their life experiences. Green said they pay a lot of attention to the world around them when writing their original lyrics.

Green said he and the other band members are drawn to the sound of soul for a distinct reason.

“Its more honest than anything else. It doesn’t have all the tricks to it – it feels better and sounds better,” Green said.

Fisher too said the music just hooks you.

“I’m addicted to playing,” Fisher said. “I just live for that moment when it’s really good. I love playing music anytime but with FisherGreen it’s always good. We go to great pains to make it a family affair.”

FisherGreen is currently working on an album and on getting their name out to grow their fan base.

To book the band for a show, e-mail Fisher at cfish1977@gmail.com. Also visit the band on Facebook and Myspace.

“Down Home Delights” will rule the evening, which suits Lawley and his style just fine. While he belts out his boisterous tunes, guests can sip spiked lemonade.

Lawley said he draws his style from the likes of Johnny Cash, Willie Nelson, and songwriter John Prime.

“I’ve got a theory, its just a Hunter theory, that in the ’90s country started splitting into pop country and roots country,” Lawley said. “I’ve always leaned toward the old sound. I grew up with my dad digging the old school stuff and so, of course, I did too.”

Lawley discovered his love for the gritty country music of old as a teenager.

He started out his teen years enveloped by the baseball diamond. After a serious injury, and multiple surgeries before he was 16, Lawley turned to a new hobby.

Lawley picked up the guitar discovering a new love and talent.

In college at Montevallo he met a group of guys enthusiastic about each other’s musical interests. He said between that tight-knit group of friends and a bit of good business sense, he’s found a career for himself in music.

“Its better than waking up and going to a cubicle each morning,” he said. “I consider myself lucky to have found something that I was fairly good at and that I enjoy.”

While Lawley said covers obviously pay the bills in most venues, he’s excited each time he gets to present his original songs to a new crowd.

“The great thing is when people actually start to request original stuff,” Lawley said. “That’s refreshing.” Lawley just recently put out his newest album entitled “Graysville.” Lawley’s own pen touched at least a portion of every piece on the album. He finds himself especially drawn to the fifth and final track, “Honky Tonk in Heaven.”

The song reflects on an image of what concerts will be like in Heaven, with lyrics like, “The man in black is dressed in white.”

“That’s the one I’m the most proud of because I feel creatively it was a challenge,” he said.

Lawley said he’s not necessarily trying to impress anyone with his musical talents. He said in the end his music makes him happy and he hopes it does the same for others.

“We have fun doing what we do and we want you to come out and forget about the stresses of everyday life,” he said.

The Hunter Lawley band will open for David Nail in Auburn Sept. 17. The new album “Graysville” is also available for sale at Amazon.com.

Angels on the field in Calera