According to the Internet, these organizations, first known as Girls’ Club Movement, began around the turn of the 20th century as a means of educating girls in the art of raising and canning tomatoes.

Eventually, the clubs became known as Home Demonstration Clubs, where women came together to learn or to improve various homemaking skills, such as sewing, decorating and food preparation and preservation.

Wyatt said she is thankful women today have the convenience of store-bought clothes and food.

In September, the club will be getting ready for the Shelby County fair, Wyatt said.

She said a council meeting of the Shelby County clubs will be held Oct. 12 at New Life Assembly of God Church.

The Alabama state meeting, with the topic “The Tomato Club,” will be in late October.

Local meetings of the Chelsea/Westover Homemakers Club are held on the second Tuesday of each month except summer months, Wyatt said. They are held in the homes of members, giving homemakers opportunity to show hospitality and visit each others’ homes.

“This also makes us clean our homes at least once a year,” she laughed. 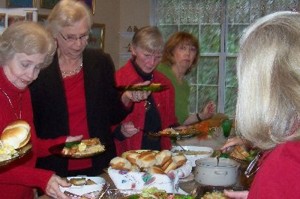 All victories begin with the home team

By CONNIE NOLEN/Community Columnist As school starts, we’re thinking about our teams, our seasons and our strategies. Watching the State... read more